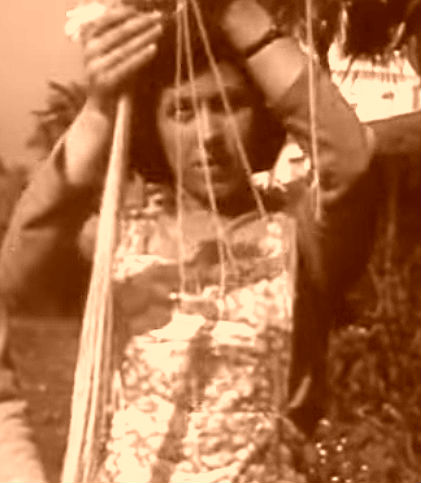 1957 was a year for celebration in the tiny town of Ticino in Switzerland.

What many people don’t realise is that pasta isn’t only produced in Italy – it is also grown in some of the surrounding areas.

The last two weeks of March are always an anxious time for the spaghetti farmer.

Should there be late frosts, their spaghetti crop can be badly affected and the economy of this small town is entirely dependent on the spaghetti harvest.

Many farmers back in those days would offer special prayers to St Buitonio – the patron saint of the pasta grower.

The tiny whitewashed church of Santa Ronzioni often offered standing room only during those perilous weeks.

But once the 1st of April dawns, the danger of frost is over. In 1957, the weather and soil conditions had been perfect and the spaghetti harvest could commence on April 1st- the ideal day. It was the town’s best year ever.

Girls from the village traditionally harvested the spaghetti by hand. This was then laid out in the warm sun – again, it was perfect in 1957 – and finally hand-packaged to be sent to gourmets throughout the world.

Unfortunately today, we are accustomed to eating only synthetic pasta – the days of perfectly grown,organic spaghetti are gone. An Italian company, that shall remain nameless, developed a way to made pasta using flour and water and made the farmers an offer they couldn’t refuse for their lands. The humble farmers were now millionaires and the fertile land that produced the finest,original spaghetti, with its ancient pasta vines was made into a vast financial centre.

However we are lucky that a BBC documentary about the bumper 1957 spaghetti crop survives.

It’s a shame that in these days of healthy eating that we no longer have access to fresh, real spaghetti the way that nature intended it to be.

However, the documentary did cause some friction – particularly for my Uncle Brian.You can read about it here. But if you too are concerned that natural pasta should return to our tables, you can join the Ticino organisation Aiding Pasta Reality In Life: Free Openness, Operate Locally, normally known by its acronym.