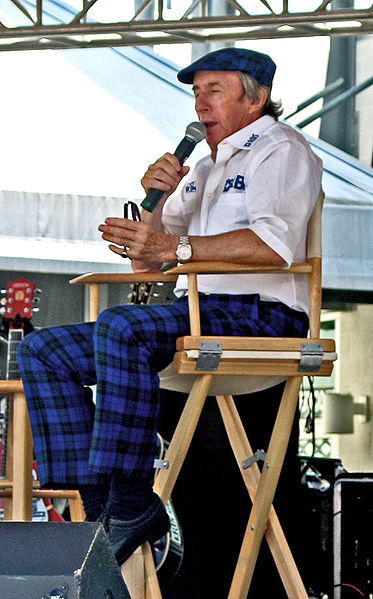 Many journalists condemned this race as a shambles, a fiasco. They said that it would cause the end of the popularity of the sport in the United States.

There are still fans today who, thanks to the media, don’t understand what happened that year at Indianapolis.

I’ll refresh your memory. In those days, the sport had two tyre suppliers. After qualifying for the race, an accident by Ralf Schumacher well demonstrated that the tyres from one supplier, Michelin, were inadequate for the circuit.

The tyres were failing. If the race went ahead – and the majority of the teams were using Michelins – there would more than likely be accidents. This means the possibility of injuries or even fatalities.

Various solutions were suggested but what happened was that the teams all went out on the formation lap, then the cars using Michelins pulled into the pits and retired from the race, leaving only six on the track to start.

What would you have done?

Michelin could have supplied different tyres

They tried. They flew in different tyres for their teams. But these were found to be inadequate too. They were simply not safe and Michelin issued a statement to this effect. The problem was on turn thirteen. THe tyres just couldn’t cope.

A chicane was suggested

So couldn’t the cars be slowed down at turn thirteen? It was suggested that a chicane could be added to slow the  cars but this was patently ridiculous. Formula One cars are set up for each track using historical data plus that from practice sessions. It’s impossible for changes to be made to a circuit just before the race. That would cause safety issues just as great as the faulty tyres.

Restrict the speed at turn thirteen

The tyres at this turn could not hold up to the speed at which the drivers were taking it so it was suggested that the drivers restrict their speed at the turn. Racing drivers have to do this for several reasons during any race but nevertheless, the teams which would be affected – the ones using Michelin tyres – rejected this proposal.

The drivers could completely avoid driving round turn thirteen by driving through the pitlane – the pit lane is still part of the racing circuit. Of course, the six cars who did not use Michelins would have an advantages but the remainder would have been on a level playing field. The fans would have seen a full and complete race.

Forget the rules and put on a show for the fans

This was the most ridiculous suggestion of all. Formula One is not a ‘show’. It’s not entertainment which is masquerading as a sport. It involved people risking their lives. And in addition to the drivers, the safety of the pit crews, team personnel and spectators has to be taken into consideration. Safety is always the number one rule.

And speaking of safety

American race fans like crashes and incidents. In the 1966 US GP only five cars finished. In an earlier race only four had finished but the mayhem associated with those races and their accidents and retirement appealed to US fans. A race with only six cars did not.

Unaccustomed to the strict safety standards of Formula ONe and not understanding the reasons behind the bulk of the field retiring, the fans did something I have never seen before in a lifetime of watching motorsport. With no regard for safety, certain elements threw bottles and cans onto the track during the race. Many genuine fans, myself included, were of the opinion that Formula One should never again be hosted in the United States.

It did however return twice to Indianapolis but it is unlikely to again’for the foreseeable future’ especially since the creation of the superior, purpose-built circuit in Austin.