A Soap Opera – The Invention of Sunlight

Home » All style » A Soap Opera – The Invention of Sunlight

Andy Royston gets all in a lather about a bar of soap.

“I know half my advertising isn’t working, I just don’t know which half”. W.H. Lever

Before Victorian times hard soap would be made at home – a simple mix of ashes and fat, with dry weather and salt to set the soap. If you bought, you would buy a piece cut from a block. In the 1800s block soap was simple stuff. There were about a half dozen basic varieties made by firms along accepted recipes.

It was supplied in long bars to local grocers who sliced pieces off by weight as if it were cheese, sometimes stamping their own name onto it.

Right into the 19th century each soap manufacturer in the UK operated a kind of regional monopoly, which meant there was little competition between the manufacturers, and therefore no incentive to improve.

The manufacturers themselves didn’t see much between their product and the company down the road. One manufacturer was quotes as saying “there is little or no difference between different makes – There is a Thomas’s Primrose, a Knight’s Primrose, a Cook’s Primrose – all the same soap”

This changed very rapidly when William Hesketh Lever, son of a Bolton grocer, rolled up his sleeves. He’d been working with local chemist William Hough Watson on ways to create soap bars using glycerin and vegetable oils, rather than the tallow fats normally used in laundry products. The family business was overwhelmingly dependent on working class custom, and William had noted that soap was a product on which working households were spending more and more money. 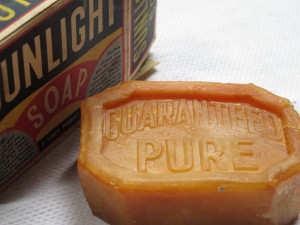 It wasn’t just a desire for cleanliness that was driving this. Some responsibility for this could be laid at the feet of Florence Nightingale, whose work in the battlefields during the Crimean War had made her a national heroine. Back in England in 1956 she turned her attention to improving the standards of nursing. Her influence went far beyond hospitals, and her instructions to nurses on cleanliness extended to household manuals, creating the basis for an entirely new standard of judgement. A new word was on people’s lips. Hygiene.

In 1884 Lever introduced the name ‘Sunlight’ for all the bar soaps he sold. He and his chemist had found that using palm oil instead of tallow is lathered well, so he began to publicize it as “the soap that lathers itself” or the “self-washer” soap.

To make it stand out from other bars, and to draw attention to the brand he sold it in one pound tablets ready-wrapped in paper with his name and “sunlight” printed on. Although there were precedents in America, forming household soap into tablets was a novelty. Lever’s products were easily distinguished by both appearance and name from all the other soaps around. 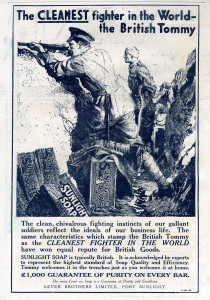 Lever quickly found the old ‘washer’ soap manufacturers up in arms against him, so he leased a works in Warrington and began making it in serious quantities.

Lever and his brother never looked back. Production went from 3,000 tons in 1886 to 18,000 by the end of the decade. A year later he moved to a brand new facility at Port Sunlight where he delivered around 52,000 tons in its first year.

His success came from the care he took with his advertising, using clever slogans, displaying ads at railway stations and roadside billboards. He took ads out in local newspapers and aimed straight for working class customers – the same audience his old rivals said would never change from traditional ‘washer’ soaps.

His aggressive advertising techniques succedded. Unlike, say, printed cottons, where the design determined who would buy the fabric, there was nothing about the actual appearance of the tablets of Sunlight soap that identified it as a working-class product.

Design was now for everyone. 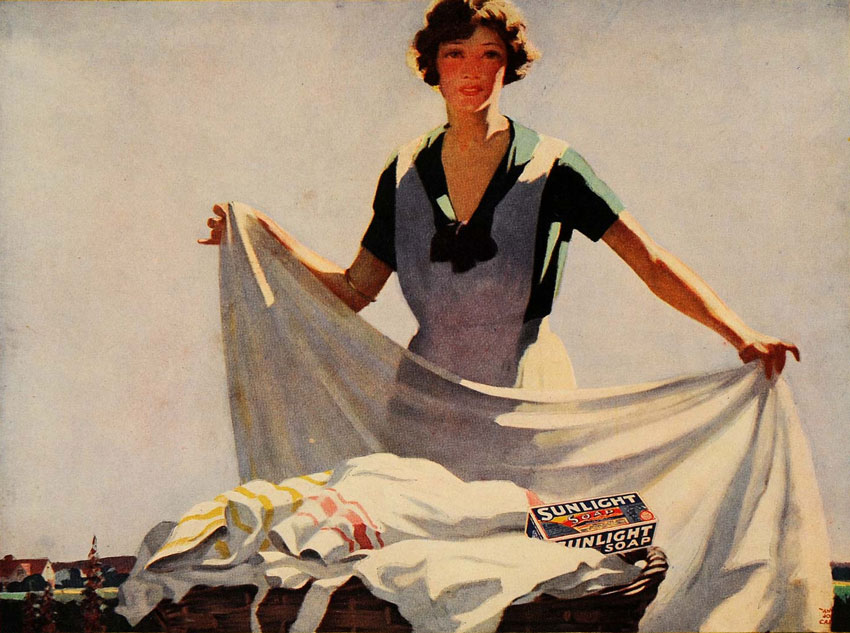 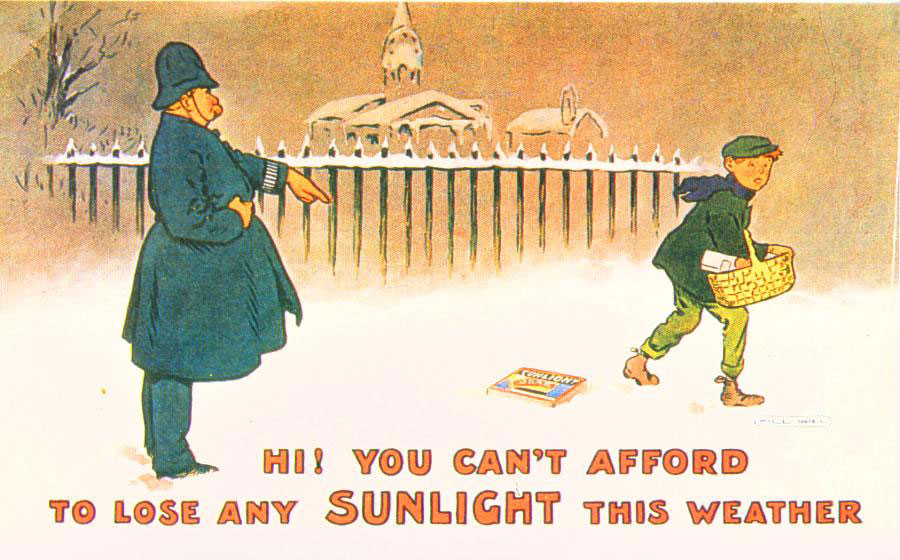