Travelling has made a big impact on our society. 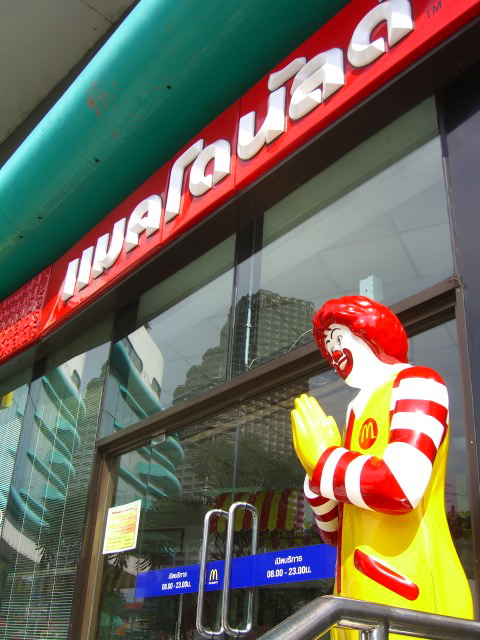 But what happens when all of these cultures, these alternate civilisations, become one? What happens when you travel halfway around the world to see the Starbucks which sits perched at the end of your street? This relentless homogeneity is impacting upon our planet, and our minds. You might not have realised it yet – but global corporate power is usurping our culture.

Of course, this is not unknown. It even has precedent; the Romans sought to civilise all their neighbouring countries; whatever was alien to their city state was deemed barbaric. It is because of the Romans that we know so little about the ancient Etruscans. Now, we notice the parallel: we ‘civilised’ North America – leaving only remnants behind of the Native American culture. It is a harrowing thought, but one that must be considered in order to learn from it.

Business corporations are the new Columbus, the new Augustus and the new Caesar. However, they have run out of land to invade – so instead, they invade our culture and thought.

From personal experience, interrailing around Europe proved that the differing ethos of countries continues- the mountains of Austria, the music of Vienna, and the baths of Budapest. All had something diverse to offer – yet, all had similarities. Travelling through Russia on a budget is an adventure in its own, hiking the mountain of Borneo and living with its people is a physical and emotive journey. But in both contrasting nations, McDonalds infiltrated the major cities. There was still commercial authority in the capitals, and poverty in the rural regions. It is a difficult thought to process, but a logical one.

Is it necessary for us to continue this divide and segregation of prosperity? Rather than building power upon power in the cities, we should collaborate and cultivate the traditions of the country. We should advocate a world of differentiation; unique cultures and alternate philosophies. In this way, the world will remain worthy of travel.

Lucy Atkinson is a student and writer currently living in Yorkshire, U.K. She appreciates debate concerning politics, society, and philosophy. Lucy specialises in writing fiction, and you can visit her WordPress blog to find excerpts from her novels, or contact her via email with any creative queries.