An Interview with Author Adam Mitzner

Home » All books » An Interview with Author Adam Mitzner 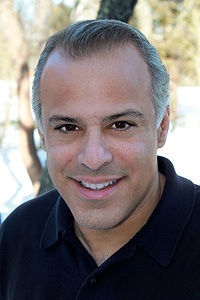 With the release of Adam Mitzner’s latest courtroom thriller, Losing Faith, the bestselling author took some time for an interview with us.  We were anxious to learn more about him.  His suspenseful novels contain murder, mystery, courtroom drama and enough surprising twists that you will find yourself unwilling to set the book aside until you have finished reading.

It is always fascinating to learn more about how a writer writes.  The planning of a book, its plot and its characters is a process in itself, one that often is laid out before any actual writing begins.  In Adam’s case it’s done in between a career as an attorney.   Let’s see how he does it…

Many writers talk like they work eight hours or more a day while writing.  How do you have time to practice law, raise a family, and write bestselling novels? Can you share how you make that work?

I heard someone say, although I actually think it’s a Virginia Woolf quote,  that writing was like sex – first you do it for passion, then out of obligation, and finally for money. Fortunately for me, I’m still in the passion stage, and so I write because I absolutely love writing. And I write all the time – at night, in the morning, on the weekends, etc. I don’t regiment it or restrict it, so sometimes I can write all day and others I block out the day and get nothing done. But I’m most productive on weekend mornings. Also, “writing” is a broad term. I would say that 30% of my writing time is actually putting down the words for the first time, and the balance is editing.

With such a successful career as an attorney, what made you decide to take on fiction too?

I always wanted to see if I could write. I never studied writing in school, but when I started practicing law it was something I thought about doing because legal writing is so formulaic, and I missed the opportunity to be more creative with language.

I love the surprising turns you take in your novels.  Is it common to have unusual cases as an attorney, with the twists, surprises and unexpected outcomes?

My real cases are never as interesting as the ones I write about, although that doesn’t mean that they’re not interesting. What interests me most, however, is not the facts of the case, but what compels people to do the things that they do, and in that regard, truth is often stranger than fiction.

Naturally your position at your own law firm gives you inside knowledge of your character, Aaron Littman.  Did that make him easier to write or does it make it more difficult?

Aaron Littman is a composite of many law firm heads that I’ve seen over the years. I’ve always admired people who rise to that level because what makes them who they are is their supposedly flawless judgment. I was interested in exploring how even people who are extremely able to counsel others often lead very undisciplined lives, and how they would respond when placed in a client’s position.

Are you a writer who starts with an outline so you know the basic steps the story will take or do the characters lead you as you go along?

I write the way that I read, which is to say I have a basic understanding of what the story is going to be about, which sometimes isn’t much more than what might be on the back of a book, and then I wonder at the end of each chapter – What is going to  happen next? The same way I do as a reader. That sometimes creates problems with continuity, and so after the first draft is finished I have to spend a lot of time making sure that the story is internally consistent, but I think doing it this way allows the story to unfold naturally. Sometimes it ends up totally different than I imagined they would because the characters go in a different direction than I initially envisioned.

Do you know all about your characters before you begin?

I know the main ones, but again, just in general terms. For example, I knew Aaron Littman was very successful, very smart, and handsome, in that leading man way. But I hadn’t given much thought to his inner life until I began writing.

Who are your favorite authors or which books?

My reading is very varied, from books in my genre, to books my wife recommends, to YA books I read with my daughter. Favorites include F. Scott Fitzgerald, Ethan Canin, Scott Turow, Jonathan Tropper, and JK Rowling.

I have a question that isn’t exactly book related, but would still be of interest to readers.  That would be young collection that span generations. How did you come to collect Pez, how long have you been collecting, and how many do you have in that huge collection?

I’ve been collecting Pez for nearly 30 years. I don’t really remember how I started, but whenever I go in to a candy store I look to see if they have any I don’t, and I buy it. I can’t remember all the ones I have, so I often buy the same one more than once. On rare occasion I’ll buy one on EBay – I got the U.S. President set there – but I have more than 500 originals and I would say that 450 of them were bought one at a time in candy stores.

Thanks so much to Adam Mitzner for sharing with us today.

Readers,  I hope you will stop by his website to learn more.  You can even see the Pez collection there.

Click on the links here to read reviews of his latest, Losing Faith and his second bestselling novel, A Case of Redemption.

Adam Mitzner, author of Losing Faith, is a practicing defense attorney and the author of A Case of Redemption, a finalist for the ABA’s Silver Gavel Award, and A Conflict of Interest, one of Suspense Magazine‘s Best Books of 2011. He lives in New York City.