Home » All books » An Interview with Author, David Michael Slater

The Book of Nonsense (Forbidden Books 1)

Author of The Forbidden Books Series

Are you or your children a fan of Harry Potter and friends?  If so, you will enjoy The Book of Nonsense, the start of a seven part series for middle school aged readers.   It looked like an entertaining book to review and it was.

The series will revolve around just-turned-teen twins, and their fight to save the world from an ancient man with vicarious purposes.  Written by David Michael Slater, a teacher with plenty of experience with the age group, it’s a tale filled with excitement, secrets, and the usual angst that comes with the age.  You can read the review of The Book of Nonsense here.

After reading the book, I interviewed Mr. Slater.  It is always so interesting to learn more about an author and his methods.  I hope you will enjoy it as much as I did.   The next book in the series is scheduled for release in October, 2015, with the rest of the series following every six month or so after that.

Thank you for being available for questions today, David.  I enjoyed reading The Book of Nonsense, especially thinking how well it would be received by teens.  Adventure, excitement, mysterious pasts, all sound just the thing to draw in young readers.  Yet you’ve written for adults, younger children, and all ages.  The variety must make it even more fun for you as well.

How long have you taught English?  Has it always been middle school ages?

I’ve been teaching since 1995. I taught 7th graders for 13 years, then 11th and 12th graders for three. I’m now heading into my fourth year working with gifted and talented 7th/8th graders.

What brought you from teaching in to writing?  Could you share a bit of that background?

The first thing I wrote was a play, which was inspired by Tom Stoppard’s, Rosencrantz & Guildenstern Are Dead (a philosophical comedy about two minor characters from Hamlet). But what really made me think I had to be writer was reading the short story collection, Ficciones, by Jorge Luis Borges. The book was assigned during graduate school. Shortly thereafter, I starting writing Borges-like stories. So, really my teaching and writing careers are following pretty much the exact same timeline.

It looks like you started with Children’s books.  The Battle of the Books is one I’ve seen that looks like so much fun.  How/why did you start there?

I actually started with the short stories for adults. One of them wasn’t quite working, but the idea seemed suited for a children’s story (it had a little girl imagining going inside of a book). So, I gave that a shot. I had fun with it, so I tried some other ideas, one of which was Cheese Louise!, which became my first published book.

What led to young adult?

One of the short stories in what later became my collection for adults, Dictionaries Out of Order, is about a book that has pages with words that randomly change, producing mostly nonsense, but with the potential of revealing the most well guarded secrets and profoundest truths.

When I was finished with the story, I felt the idea deserved more room. At that time, I hadn’t considered writing for teens, but I had recently read the first Harry Potter book, and it was all the rage. I’d also just read The Golden Compass and was amazed and impressed that authors were taking on such weighty subjects for teen audiences. So…it all came together. I was inspired to take my changing book and develop a much longer story around it for teens. I hoped to infuse it with adventure, magic, and thought-provoking plot developments.

I’m thrilled to have read comparisons to Harry Potter and The Golden Compass, but also to The Da Vinci Code and Indiana Jones. Toss in Borges and you have the ingredients for Forbidden Books! 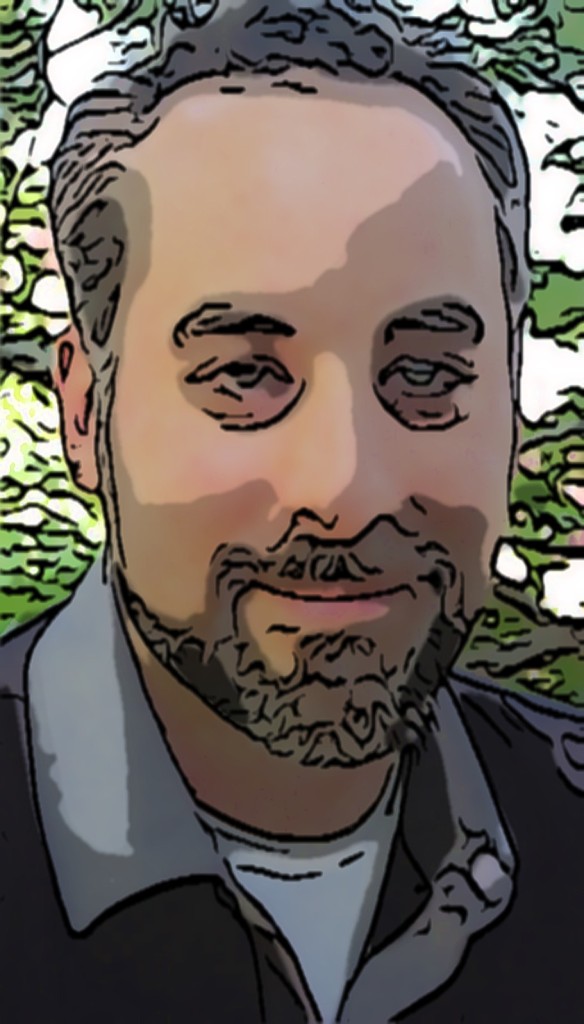 This series was first published as the Sacred Book series, is that right?  I can see how Forbidden Books would perhaps draw more attention.  Are there other changes within the books since the first publication?

It was impossible to resist the chance to do some tightening/editing. The first book has no major changes (though the first and last pages are probably the most altered). Some of the other books do have more significant improvements. Perhaps the largest change is that we split Sacred Books 2 into two books (as it was originally intended), so the six-book Sacred Books Series is now the 7-book Forbidden Books Series. And I cannot tell you how brilliant the new covers are coming out! And speaking of more attention, we are thrilled that the series has drawn the attention of producer Kevin Bannerman (Lion King, Curious George, Ice Age) and screenwriter Karen Janszen (Dolphin Tale), who are working to bring it to the big screen. The books will also be published in China, which is exciting.

Will you keep going with the series or move forward to something new from here?

All seven books are completed, though we are re-editing book six and seven now. I do not plan on further books, though anything is possible! I have another series just acquired by the same publisher, a six-book early chapter book series (7-10 year-olds), called Mysterious Monsters, about kids who track down the world’s most legendary creatures and hide them in their basement. Those are all done, too.

What do you find the hardest about writing for teens/middle school ages?

I don’t find it harder than writing for any other ages, really. It’s always a challenge to create authentic characters and insert them into original, compelling plots. I would say one challenge with that age group is the ever-changing slang, etc. I don’t try to pretend I’m up with it, so my teens either don’t use it or the books are set in time periods I’m more familiar with.

Are the characters modeled on students you have taught?  Not specifically, I mean, but a general attitude?

I don’t consciously model any of my characters on people I know, but I’m sure there’s no away to avoid inserting all aspects of one’s experiences in one’s writing.

A question I am always curious about is your process.  Do you outline or write to see where it leads?

I do not outline. I write in a circular fashion, sallying forth until I hit a dead end. Then I start back at the beginning and revise my way forward, hoping to get a bit further until I hit another dead end. Then I repeat the process over and over until I reach the end. My favorite part of being a writer is reaching a destination I never could have predicted from the start.

When you first started the first book in the series, did you plan on a series with a general idea already for each book?

I had only the idea of the book with changing pages when I started. I had no idea where it would go, especially that it would lead to seven books. It was quite a journey!

I appreciated a conclusion too.  Is it hard to come up with a satisfying finish to each book, when you know it will continue where the first ended?

It’s a challenge, but one I take very seriously. I think readers deserve a satisfying experience with each book and a hook that excites them to read on.

Do you find one idea leads to a dozen more book ideas while you are telling the story? Will we be seeing those in the future?

Not many But I do keep a list of ideas that may someday develop into books.
What are you working on now/next?

I really enjoyed writing Mysterious Monsters for that new age group. I received some interest in an idea for a new series, so I’m writing the first book for it. If that takes, I’ll continue with it.

Any more adult books on your agenda at this point?

I have another project started that may turn out to be adult or possible New Adult called You Must Go On. But either way, yes!

How do you find time to write while teaching? I would think it would be hard to turn either task off easily.  Do you fit it in daily/weekly, or is it a summer project?

I try to use my summers as best as I can. During the school year, I write with a friend on Sundays and otherwise grab whatever snatches of time I can. I try to tell would-be writers that it’s amazing how even 15 minutes here and there can add up–but most people don’t believe it.

Thank you again David.  Best of luck with the series as it is released.  I’ll look forward to the next one.

Thanks again for your interest in my work!

David Michael Slater is an acclaimed author of books for children, teens, and adults. His work for children includes the picture books Cheese Louise!, Flour Girl, The Boy & the Book and the on-going teen series, Forbidden Books, which is being developed for film by a former producer of The Lion King. David’s work for adults includes the hilarious comic-drama, Fun & Games, which was included on Steven Spielberg’s start-up magazine, Heeb’s, Best Books of the Year list. David teaches in Reno, Nevada, where he lives with his wife and son. You can learn more about David and his work at www.davidmichaelslater.com.