Home » All style » Art Matters – Nocturne in Black and Gold

Andy Royston takes a closer look at the painting that sparked a notorious libel case, Nocturne in Black and Gold – The Falling Rocket by James Abbott McNeill Whistler

Nature contains the elements, in colour and form, of all pictures, as the keyboard contains the notes of all music. But the artist is born to pick and choose… that the result may be beautiful – as the musician gathers his notes, and forms his chords, until he brings forth from chaos glorious harmony. James McNeill Whistler

I have seen and heard, much of cockney impudence before now; but never expected to hear a coxcomb ask two hundred guineas for flinging a pot of paint in the public’s face. John Ruskin

James Abbott McNeill Whistler was an American dandy abroad, a genuine flâneur, as the French would have it. In Paris, through his friendship with Henri Fantin-Latour he socialized with some of the leading artists and intellectuals of France. Whistler was quite a character, and he understood something very modern –  that art is as much about the spectacle and the performance as it is about paint on a canvas.

So when John Ruskin, one of the leading voices of old Victorian England, decided to have a public pop at Whistler through his popular monthly publication – Fors Clavigera – Whistler decided to sue for libel. 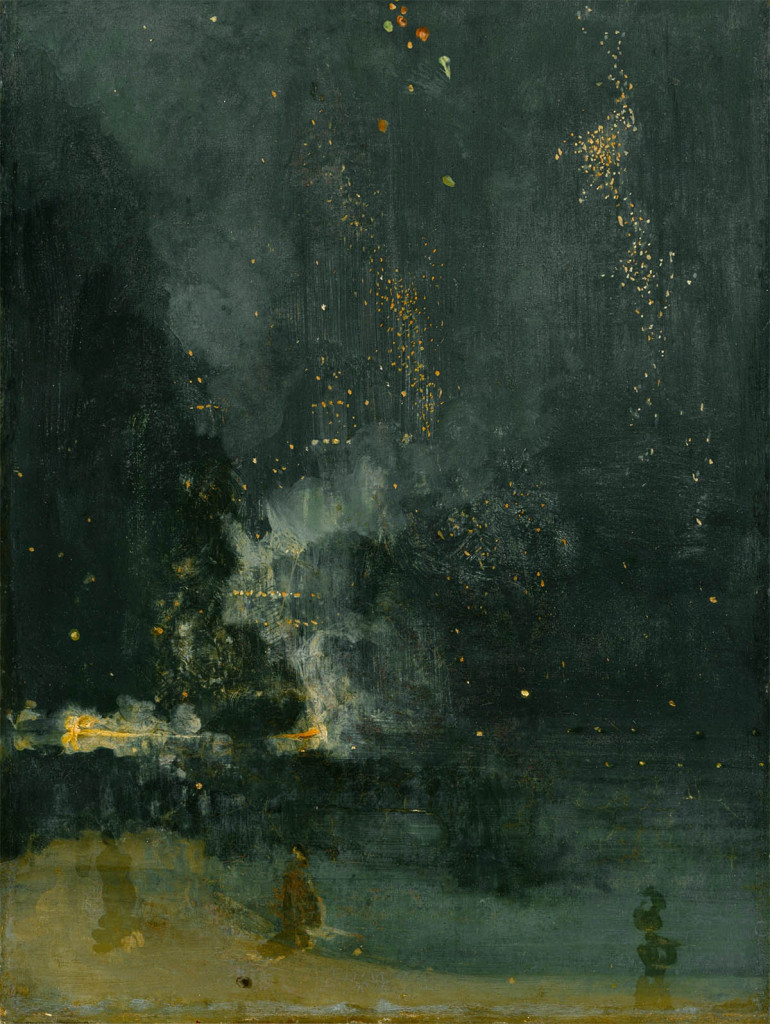 In 1877 Ruskin, now an old grandee, had visited an exhibition of contemporary art at the Grosvenor Galleries in London. One of the paintings was a work of near abstract – Whistler’s Nocturne in Black and Gold: The Falling Rocket (1875)

The Guardian’s Jonathan Jones, when re-examining the case in 2003 wrote “It is not that Ruskin disliked Whistler’s luscious, diaphanous, sexy image of sparks cascading through the night air over the Thames during a firework display. It is that he failed, or refused, to recognize it as art.”

Whistler, lets face it, was looking for trouble.

Having spent some years in the company of the French avant-garde he knew very well the stories of how Édouard Manet became notorious for scandalizing the Salons a generation earlier with his Déjeuner sur l’herbe and Olympia paintings.

Ruskin, it also has to be said wasn’t one of the figures that you’d expect to have beeen critical of modern art. His passionate defences of JMW Turner’s abstract portrayal of light and the elemental forces of nature made him an unexpected critic of Whistler’s experiments with form.

It is not that Ruskin failed to get modernism. It is that he absolutely got it. He saw that this was an art in defiance of all expectation, whose enemy was expectation, and that it would be both aggressive to the bourgeois public and dissociative of aesthetic order. It would be aleatory, chaotic, gestural. Ruskin, on the brink of madness, saw Joan Miro, Jackson Pollock and Asger Jorn standing there in the smoke of the fireworks. Jonathan Jones 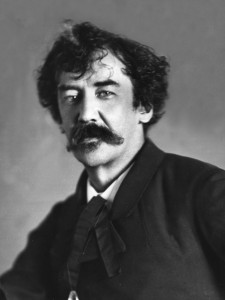 Whistler, though blindsided by such an eloquent critique took offense at Ruskin’s portrayal of him as a conman for daring to ask such a price – 200 guineas – for the work. Whistler, perhaps knew exactly who he was taking on. Ruskin may have been knocking on a bit but was still England’s leading art critic, and he had occupied the highest echelon of art criticism, the Slade Professorship of Fine Arts at Oxford, for eight years.

This case soon became a matter of great interest. Criticism itself had been placed in the dock when Whistler took out his injunction. “Consider the duty of the critic,” the judge instructed the jury, since “it is of the very last importance that the critic, having mind enough to form his judgment, should have strength to express it.”

Ruskin was too ill to attend the case, but he was not short of friends who were prepared to put his case. Edward Burne-Jones described Whistler’s nocturnes as “deficient in form,” lacking in composition, and underserving of the appellation “serious works of art.”

Whistler, by all accounts was outstanding at the dock. Laughter was constant in the courtroom during the trial’s proceedings, and he took the opportunity to explain his theories. He even took a round of applause for his reply to being asked if he thought the two days’ he spent on ‘throwing together’ Nocturne worth the 200 guineas: “No”, Whistler replied, “I ask it for the knowledge of a lifetime.”

There were other knockabout moments too – such as when the defence brought in Nocturne in Black and Gold it was placed on display upside down. 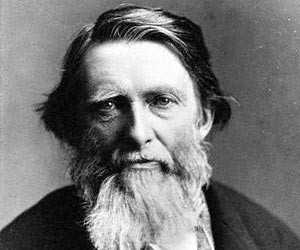 It was a shame the Ruskin wasn’t able to make his own case as eloquently, as I’m sure he would have. The cultural consequences of the trial have only grown since. The contradiction between the legal verdict and the insulting damages (Whistler was awarded just a farthing, which set him on the road to bankruptcy) sparked a revolution in the respective standings of the artist and the critic, as Whistler’s attack on the critic’s raison d’être lingered long into history.

Whistler faced down Ruskin’s derision with humour, in effect saying that Victorian morality was just theater, and could be deflated by wit,  aestheticism and sparkling conversation.

It was also the beginning of a new kind of artist, who was as interested in the concept as much as the consummation. The artist as anti-hero, who could shock and challenge and still get paid in full.

“Why cannot the artist be left alone, to create a new world if he wishes it… Why should the artist
be troubled by the shrill clamour of criticism? Why should those who cannot create take upon themselves to estimate the value of creative work? What can they know about it? If a man’s work is easy to understand, an explanation is unnecessary.”
Oscar Wilde – The Critic as Artist. 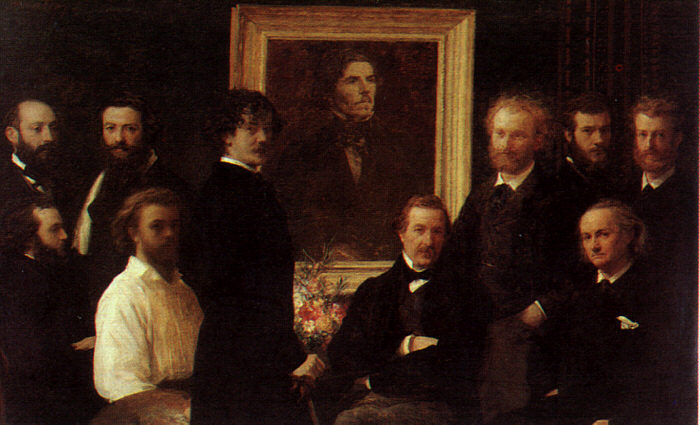 Attorney-General: What is the subject of the ‘Nocturne in Black and Gold’?

Whistler: It is a night piece, and represents the fireworks at Cremorne.

Attorney-General: Not a view of Cremorne?

Whistler: If it were a view of Cremorne, it would certainly bring about nothing but disappointment on the part of the beholders.  (Laughter)  It is an artistic arrangement.

Attorney-General: How long did it take you to paint that?

Whistler: One whole day and part of another.

Attorney-General: You have made the study of art your study of a life time.  What is the peculiar beauty of that picture?

Attorney-General: Do you not think that anybody looking at the picture might fairly come to the conclusion that it had no particular beauty?

Whistler: I have strong evidence that Mr. Ruskin did come to that conclusion.  (Laughter)

Attorney-General: Do you think it fair that Mr. Ruskin should come to that conclusion?

Whistler: What might be fair to Mr. Ruskin I cannot answer. But I do not think that any artist would come to that conclusion.  I have known unbiased people express the opinion that it represents fireworks in a night scene.

Attorney-General: You offer that picture to the public as one of particular beauty, as a work of art, and which is fairly worth two hundred guineas?

Whistler: I offer it as a work which I have conscientiously executed and which I think is worth the money.  I would hold my reputation upon this, as I would upon any of my other works.