Balancing Books and Briefs and Broadcasting, by Lis Wiehl

Home » All books » Balancing Books and Briefs and Broadcasting, by Lis Wiehl

After reviewing The Candidate, the latest book written by Lis Wiehl and Sebastian Stuart, we asked Ms. Wiehl if she would tell us more about how one career has led to another.  As a prosecutor, Fox News Analyst, and a bestselling author (just to name a few), she balances several full time careers.  So, how did she get here from there?

We are grateful to have her response below.  As a fan of hers for years,  it was a delight to have the article below to share with you.   Do take a look at our review here.  The Candidate was a terrific suspense thriller.  It’s book two in The Newsmakers series.  That is also the name of the first book in the series featuring Erica Sparks.  You will find our review of The Newsmakers here.

Balancing Books and Briefs and Broadcasting

by Lis Wiehl, author of The Candidate: A Newsmaker Novel

I’ve had – and continue to have – more than one career: lawyer, federal prosecutor, author, law professor, and television legal analyst. (I’m also a mom, but we won’t go there.) Sometimes I ask myself, “How did it happen?”

Growing up in Yakima, Washington, I was one of those kids who reads under the covers with a flashlight after lights out. I devoured both fiction and nonfiction with equal alacrity. When it came time to choose a college, I headed east, to Barnard and the sophistication and bright lights of Manhattan. It was there that I decided to pursue a law degree. I made my way up to the Harvard Law School in Ye Olde Cambridge.

Although I was immersed in the law, my love of literature kept tugging at me. A big part of me wanted to be a writer. After my first year of law school, I won a Rotary Club scholarship to study literature at the University of Queensland in Brisbane, Australia. I headed down under and earned an M.A. in comparative literature, with my thesis focusing on Australian novelist and short story writer Jessica Anderson and the great American writer Flannery O’Connor. But I knew writing was a tough way to make a living, and I also loved the law, so I went back to HLS and got my degree.

I quickly realized I wanted to put bad guys (and gals) in jail and I was hired as a federal prosecutor in Seattle. I began to make radio and television appearances to discuss various cases and that led to my being hired as a legal analyst by FOX News. But fiction remained a passion and I decided I would snatch time in the early mornings and late at night to write a novel. I’ve always loved thrillers and mysteries, so I chose that genre and went to work.

Well, here I am, 13 novels and three non-fiction books later. I love both of my careers (most of the time), but if I had to choose one I’d have to say that nothing gives me more satisfaction than knowing readers are being entertained by one of my books. In a lot of ways, I’m still that kid under covers, still captivated and awed by a good story, interesting characters, and the sheer power of the written word. 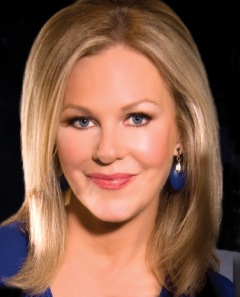 Lis Wiehl, author of The Candidate: A Newsmaker Novel is the New York Times bestselling author of over a dozen novels. She is a Harvard Law School graduate and has served as a federal prosecutor in the state of Washington and as a tenured faculty member at The University Washington School of Law.
She is currently a popular legal analyst and commentator for the Fox News Channel.
For more information visit her Website, and connect with her on Facebook and Twitter.