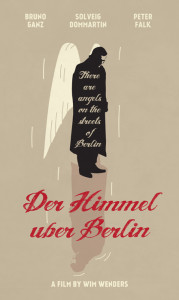 Wings of Desire, a film by Wim Wenders. Click for more information

My own first visit to the city of Berlin came after the re-unification of Germany, at a time when the city was going through a period of great changes. I wanted to visit the city before too much of the ‘old’ east had been wiped away, and see some of the city that I knew from my favourite film of the time, Wim Wenders contemporary masterpiece Wings of Desire.

Wenders’ film is partly a political allegory for the reunification of Germany, but also parable on a soul’s search for connection in a changing world. Berlin had been destroyed and re-built during the second World War and at the time of Wenders’ movie was still scarred by the Berlin Wall, dividing east and west. My own trip there came after the wall had been taken down, but the city was still partly divided and coming to terms with unification, and everyone seemed so keen to rub out anything that reminded them of the old, hated, DDR (Deutsche Demokratische Republik) regime. Everything was changing. Even the street signs.

So, Who are the Ampelmenschen?

The little traffic light men (das Ampelmännchen) are symbols seen on pedestrian traffic crossing signals in the former East Germany. In Berlin especially the Ampelmann is much loved, and has become a popular symbol of the city’s rejuvination. But the littler fellers almost didn’t make it, being swept away in the rush.

We have Markus Heckhausen, a designer, to thank for their rescue from the East German dumpster. He first saw the Ampelmänn­chen in 1988 at a pedestrian crosswalk in East Berlin. The chubby and childlike East German with a brimmed hat was so much more lovable than the mechanical Western pictogram.

After the Berlin Wall fell Heckhausen moved to the Mitte district of East Berlin to find that the ampelmann was rapidly disappearing. Heckhausen found just two or three dozen still installed on intersections in the east of the city, and after investigating found ore in the warehouses of the former state-owned traffic-light manufacturer in Wildenfels, near Zwickau in Saxony. What was happening was that standard European-style street signs were replacing the much-loved but quirky DDR signage system. 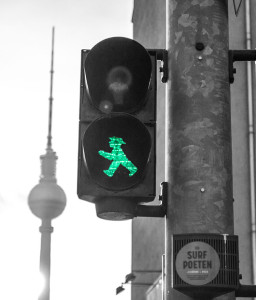 The Birth of the Ampelmann

On October 13th 1961 Karl Peglau, a leading traffic psychologist was studying traffic accidents and how they could be prevented. His findings to the conclusion that the various forms of traffic should be directed separately. “Pedestrians, cars, trams and bicyclists should each have their own system to reduce the risk of accidents” he suggested.

His aim was simple –  to make crossing the road safer, especially for children, the elderly and people who have a poor sense of color. Peglau’s figures are childish and likeable, and because of the man’s shape the colored area is large; it therefore emits a lot of light and so attracts attention. The actual drawing of the green hatted ampelmann was drawn up on Peglau’s suggestions by his secretary Anneliese Wegner who was apparantly inspired by a phograph of East German leader Erich Honecker enjoying the sunny weather. And on his head was a straw hat.

With the fall of communism in the 1990s the pedestrian signals were seen to be old-fashioned and technologically outmoded – The order came for them to be removed from intersections and scrapped. Nationwide, they were to be replaced with so-called Euro lights.

Thus began a campaign to retain the ampelmensch. At a time when Berlin was crisscrossed with giant cranes and Potzdammerplatz became the largest building site in Europe, this was a hugely popular thing.  To some old timers, though, the ampel were “ossie”, an unwelcome reminder of the old. Ossis are still stereotyped as racist, poor and nostalgic for the Federal Republic. 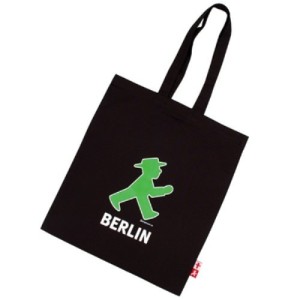 Markus Heckhausen idea to build lamps out of the Ampelmännchen sparked off an unexpected revival of the little guys. A wonderful of products quickly grew and, within a few years, Heckhausen starting selling key chains, bibond signs for businesses, T-shirts, and bicycle bells in his Ampelmann store, and in more artful outlets, such as Die Infobox, the bright red red pavilion was designed by Schneider und Schumacher at the heart of the Potsdamer Platz development, where I picked up my first ampel souvenirs.

It is presumably their special, almost indescribable aura of human snugness and warmth, when humans are comfortably touched by this traffic symbol figure and find a piece of honest historical identification, giving the Ampelmännchen the right to represent a positive aspect of a failed social order.” Designer Karl Peglau 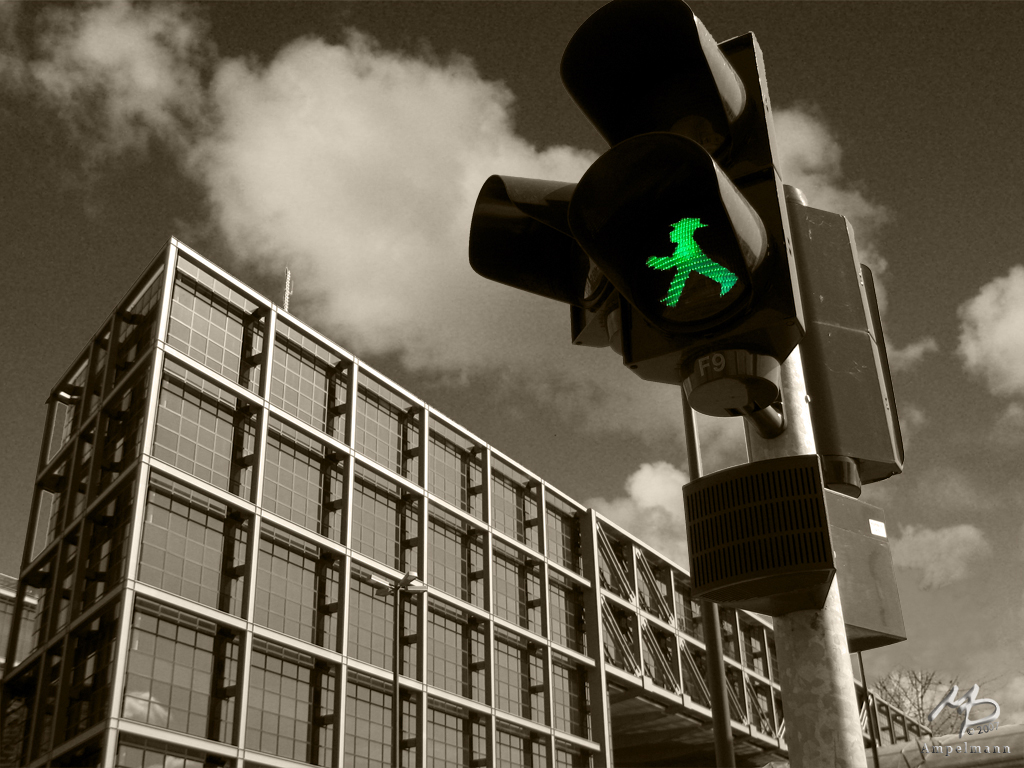 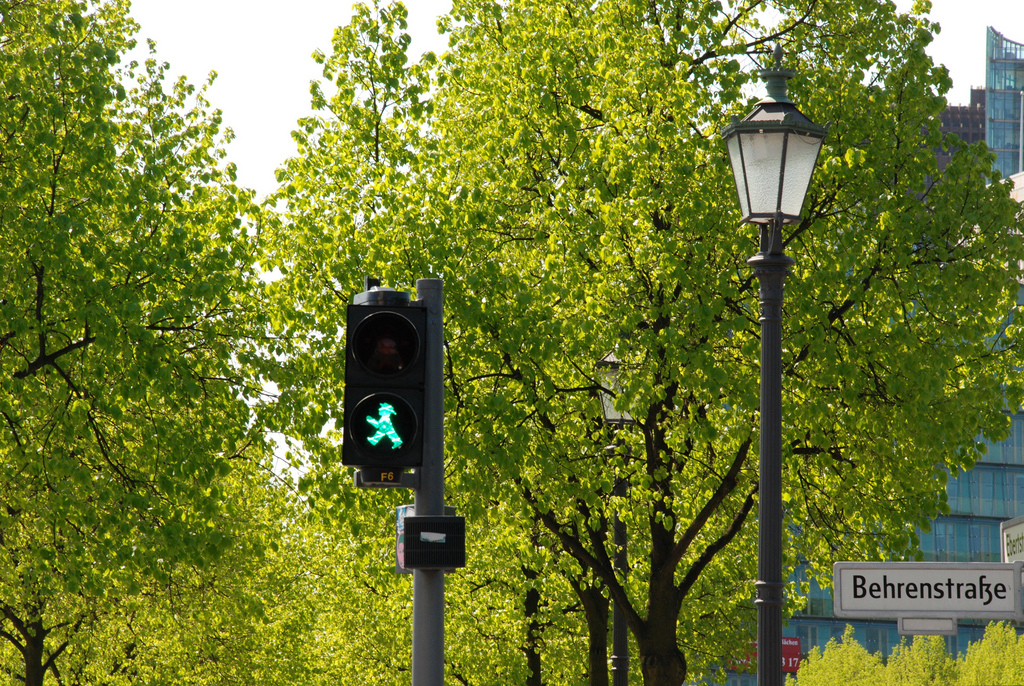