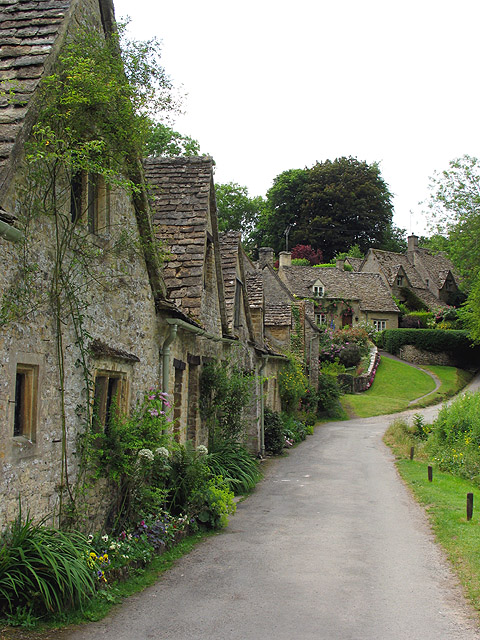 Twitter has been a-tweeting this week about a yellow car that has been ‘spoiling the view’ in the Cotswolds village of Bilbury.

Bilbury, a sleepy little place, is a known tourist attraction.

There are some lovely photo opportunities and one of the most popular is the Arlington Row of cottages.

But tourists are taking to Twitter en masse to complain that a yellow car which is parked by the cottages is spoiling the view.

What a wonderful way for the village to get publicity all over the world. Is this really a wonderful destination marketing campaign?

Or is it a clever car ad?

Every report about this situation has mentioned that the car is a Vauxhall Corsa.

You can see Arlington Row in the photograph. The cottages date from the fourteenth century and they certainly are picturesque.

Just to the right of this photograph, a yellow car is parked, more or less permanently. It belongs to local resident Peter Maddox, an eighty two year old retired dentist.

He is not breaking the law – he is legally allowed to keep his car there when he’s not using it for trips to the nearest food stores.

Most of the local residents are unsympathetic to the would-be photographers. One resident of Arlington Row described how tourists would open her front door to look inside and they invariably peer in through the windows. ‘This isn’t Disney World’ she said.

I’d never heard of Bilbury before this furore began, had you? Well, we have now.  So it does make me wonder whether this was a planned tourism campaign. I know that I want to go there now – yellow car or not.

I love to see unspoiled country areas and historic architecture. But it does make me wonder:

What’s more important? Tourists getting the perfect photograph or a pensioner being able to buy his food?