What is it about Bill Bryson and Yorkshire?

I really think that he seems to be a good bloke. I can imagine sitting in a pub with him and having a great chat. I’ve read a couple of his books and he has a nice turn of phrase that made me smile quite often. I will most probably read more. But what is it with him and Yorkshire?

He lived there for a while, that’s true. (As you know, Yorkshire is the biggest and best county in England. I added that just in case you’re from Mars and not fully familiar with our planet yet). Despite this, in his latest book – The Road to Little Dribbling – he devotes only eight and a half pages to God’s Own County. And that’s in a 380 page book. 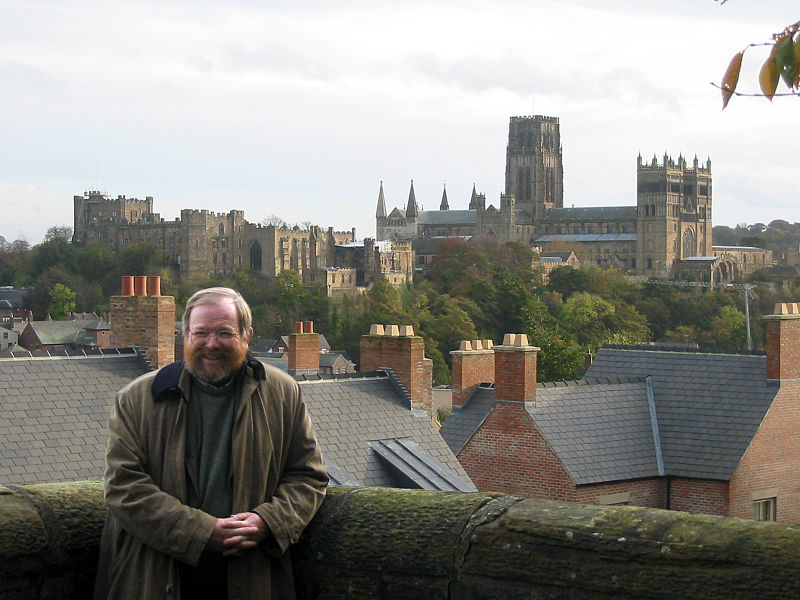 In the book, which I do recommend despite this serious omission, Bill Bryson is on another one of his journeys through Britain – a sort of companion, or sequel even, to the popular Notes from a Small Island which I read some time ago and which was also chuckle-worthy at times (despite his detailed and meticulous cataloging of every cup of tea, toasted teacake, pint of beer or poached egg he enjoyed on his trip).

But what about Yorkshire?

In Little Dribbling, the chapter on Yorkshire begins with a couple of paragraphs about a town in Cumbria then moves on to a town in the same county. We then get a discourse on someone called Katie Price who is evidently some sort of ‘celeb’ (from the south of England). But after two pages of the eight page chapter, we get to Yorkshire.

The interesting items about people in history who are connected with the places to which the author travels are some of the more interesting parts of this book. So when he first discusses Yorkshire, one of these characters appears. A bloke from Birmingham (not in Yorkshire) who had the bright idea of creating a railway that went from his home area to Scotland. Thus we have several paragraphs about this railway.

He then visits a trio of Yorkshire towns, none of which impresses him, then embarks on a one-page discourse on British food and how it isn’t as bad as people think. (They do? Who do? This is a little bizarre for a man whose country of origin has given the world such delicacies as the MacDonald’s Whopper, Kentucky Fried Chicken and something that has always puzzled me; the green bean casserole).

The writer then spends a paragraph or two writing about Bolton Castle but doesn’t actually go into the castle because the admission price is £8.50. (What’s that? About $11? It would cost me $20 to get into Miami Zoo. Which, incidentally, opened in 1980 as opposed to the castle which was built in 13-something – a good hundred years before Columbus set sail).

With one and a half pages left of his Yorkshire chapter he travels to a town in County Durham which fills up the page and a half. True to Notes from a Small Island form, he then has an Indian meal, several bottles of beer and with a deviation into short discourse regarding Dorset and Somerset, concludes the ‘Yorkshire’ chapter.

I do enjoy reading a good rant – and writing them too. And the author’s are splendid. His subjects for these rants include TripAdvisor, The Economist, Google, parking prices,  cows,  Microsoft, museum signage, the price of sandwiches, cellphones, foreigners, Butlin’s  (and its pricing) and (pleasantly) dumb Americans.

The book is well worth reading however, should I ever have the opportunity to have the aforementioned chat with the author in a pub, I would certainly suggest (probably after a pint or two) that he devotes a whole book to Yorkshire.

Bill Bryson rants and gives his humorous opinions of Yorkshire? That would be a great book.  On condition, of course, that we are spared the details of every single cup of tea and bite of pikelet.