Breastfeeding in public: Yes or no?

Home » Health » Breastfeeding in public: Yes or no?

Breastfeeding in public. The debate 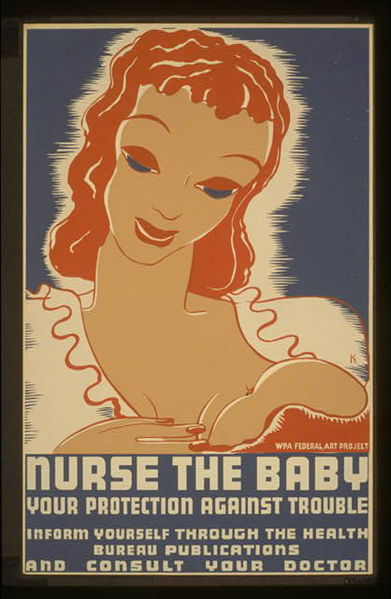 In December 2014, it was reported in the British news that a media storm has broken out because a woman was breastfeeding her baby in a restaurant.

The woman was told by a member of staff to cover her baby and her breast with a large napkin.

Even members of parliament became involved in the row, one suggesting that women should retire to a discreet corner should they wish to breastfeed their baby.

Not only this, but the prime minister became involved. He disagreed saying that breastfeeding is completely natural and that mothers shouldn’t feel that they are being discriminated against.

A minor member of the royal family (Princess Michael of Kent) also had her say, remarking that she didn’t feed her own children as her nanny had told her that it was a disgusting practice.

What does the law have to say about this? In Britain, it is illegal to discriminate. Women are within their rights to feed their babies in public and this includes privately-owned places which are open to the subject, such as restaurants.

In the United States, every state has its own laws but basically, breastfeeding is supported.

But what about the general public? This is where opinion divides again. There are some people who feel that (despite the legal situation) breastfeeding should be conducted in private and that doing so in public is ‘indecent’.

As a member of the ‘hippie generation’, I feel that this is nonsense. For once, I agree with a prime minister. It is estimated that billions of dollars would be saved on healthcare if babies received the best start in life – in other words, if they are breastfed. Organisations say that it can be difficult for some mothers to breastfeed their babies and the last thing they need is discrimination. In fact, they need support and encouragement.

There is only one aspect of breastfeeding in public that I don’t like. That is when a hugely fat woman rolls up her jumper revealing her grubby bra and her rolls of belly fat. I don’t want to see that on the beach either.  Or anywhere. I’d prefer women to be a little bit more organised and instead of pulling up their sweaters and revealing goodness knows what, work from the top – unbutton your blouse. And it’s a good idea to have an attractive shawl or scarf which will have the added benefit of keeping mother and baby warm (and, for the sake of those who find this natural function ‘disgusting’, keep them discreetly and attractively covered.)

I’m pleased though that there are so many members of the male sex who support breastfeeding in public. After all, just because men decided that breasts are objects of sexual desire, it doesn’t mean that babies have to go hungry.