The date was November 9th, 1961 – the location was Liverpool. Brian Epstein, then aged twenty seven, was working for the family business; a furniture and music store called North End Music Stores.

Brian, who had been privately educated, was in charge of the music department of the store. He knew nothing whatsoever about pop or beat music – he was a classical music lover. Nevertheless, he was the man who would take a rough-and-ready local group, known as the Beatles, to stardom. 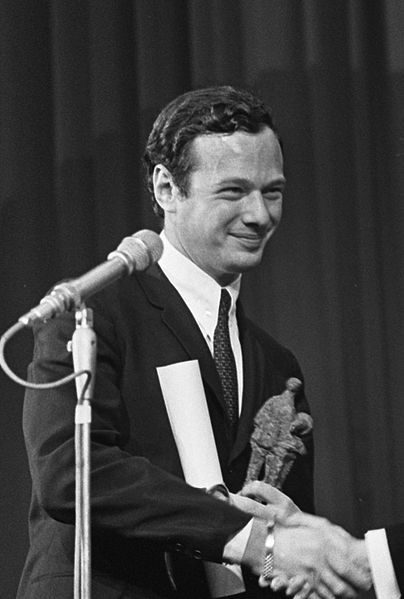 At the time, he knew nothing at all about how to run a musical act. He had spent some time at RADA studying acting but that – and his record-selling business – was the extent of knowledge of the entertainment world.

The mythical story about how Brian Epstein first found out about the Beatles goes like this: Alistair Taylor worked for Brian in the record store. He claimed that people were going into the store looking for Beatles records which of course, the store did not stock.

In fact, the group at that time had made only one recording as the backing band on a record by fellow Liverpudlian, Tony Sheridan. Sheridan had been living in Germany when the Beatles had been playing there and chance dictated that his management assigned the Beatles to play the backing track.

Taylor claimed that he was tired of telling local fans that the store didn’t have the record so he invented a name – Raymond Jones – and wrote in the order book that the mythical Mr Jones had ordered a copy. It was one of Brian Epstein’s boasts at the time that he could get any records that his customers ordered.

Taylor says that the system was that twenty five copies of any ordered record had to be purchased. When they arrived from Germany, Epstein put and hand-written sign in the store window reading ‘Beatles records available here. Taylor said that they were sold out within an hour.

He also says that he and Epstein assumed that the group was from Germany. The writing on the record sleeve was in German and they became aware that the Beatles were playing at the local Cavern Club billed as ‘direct from Hamburg’. The group had been playing on and off in Hamburg for a year and a half and so this tagline added an element of mystery to local posters.

The visit to the Cavern Club

Taylor recalled that Brian was intrigued by the fact that so many records sold so quickly and saw on a poster that the Beatles were appearing in the Cavern Club’s lunchtime sessions. The pair decided to go to see the group for themselves to find out what all the fuss was about.

Note that Bill Harry, who produced the local music newspaper, Mersey Beat, says that Brian Epstein was fully aware that the Beatles were a Liverpool group and who they were. Epstein sold Mersey Beat in his store and wrote a column for the newspaper which featured the Beatles in every edition.

Bill Harry also says that it was he who arranged Epstein’s visit to the Cavern Club on that November lunchtime.

The two men, dressed in business suits, descended into the Cavern Club which was located in an ex-vegetable warehouse cellar. Taylor described it as awful, with condensation running down the walls. It was hot and sticky, and full of girls with beehive hairstyles and young lads trying hard to look cool.

On the stage were four young men dressed in jeans and leather jackets, smoking and joking with the girls in the audience in between numbers. Taylor was appalled. Taylor and Brian Epstein left the club and went for lunch. Brian asked Taylor what he thought to which Taylor replied ‘they were awful’. Brian Epstein said:

“They are awful but I think they’re fabulous”.

Within half an hour of seeing the group on stage, Brian Epstein had decided that he wanted to manage the Beatles. The rest, as they say, is history. The telegram that Epstein sent to Mersey Beat magazine to announce that he had secured The Beatles their first recording contract (Photo credit: Wikipedia) The Cavern Club is a rock and roll club at 10 Mathew Street, Liverpool, England, where Brian Epstein was introduced to the Beatles on 9 November 1961. The club opened on January 16, 1957. From: en.wikipedia.org/wiki/Cavern_Club (Photo credit: Wikipedia) The Beatles at The Cavern Club (Photo credit: Wikipedia)

The front cover of Mersey Beat, showing the winners of the poll (photo of The Beatles by Albert Marrion) (Photo credit: Wikipedia)