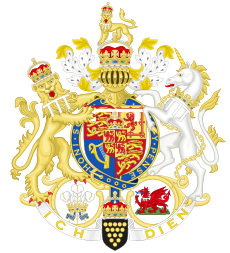 The English have always been fond of naming pubs after royalty and in January 2014, this caused an embarrassing mistake when British Gas sent the Prince of Wales pub a gas bill that was actually that of Prince Charles. Except it wasn’t. All very confusing indeed.

Inns and pubs have been a feature of the British Isles since Anglo Saxon times and over the years, landlords decided to name them. These names were usually displayed on swinging signs outside the establishment,offering pictorial recognition. Because only the most highly educated scholars could read or write, a symbol indicating the name of the pub was frequently used.

Since the thirteenth century there have seen several holders of the title Prince of Wales and the name was particularly popular for pubs in Victorian times. Therefore, there are many pubs throughout the UK bearing the name.

The one that was unlucky enough to receive the rogue gas bill was near Stansted Airport. The landlord received a staggering bill for £1773.30 fo gas service supplied.

The landlord thought this was curious enough because the pub doesn’t use gas but he was even more baffled when he looked at the letter further, he saw that the accompanying letter began ‘Your Highness’.

The letter writer went on to say that ‘despite numerous contacts’ the bill remained unpaid and that the recovery of the outstanding amount had been passed to a debt collection agency. The landlord, confident that he had no gas supply in the pub was bound to wonder …

After all, the letter was addressed to ‘HRH The Prince of Wales’ and started with the words ‘Your Highness’.

British Gas is now trying to get itself out of this mess. It has agreed that the letter was sent to the pub in error but also states that the bill was not intended for Prince Charles.

Now I fully understand that letters, particularly of this sort, are usually generated by computers but someone – a real person – had to associate the address of the pub (as seen on the envelope and the top of the letter) with the salutation ‘Your Highness’. I’m imagining the computer program…

The operator would input the address, the customer’s name and maybe check a box to denote the salutation- Mrs. Mr, Dr, Ms, Prof … even Sir maybe. But Your Highness? I appreciate that royalty get their utility bills just like everyone else but I doubt that Your Highness is one of the checkboxes – that was surely inputted by hand?

Wouldn’t royal bills go to ‘Accounts Payable, Buckingham Palace’ and not to the individual? I ‘m sure it will be blamed on ‘computer error’ but I don’t think that’s the case.

Who decided, in their wisdom, that Prince Charles, the heir to the throne, lives in a pub near Stansted Airport called the Prince of Wales?