Home » All entertainment » British television in the 60s & 70s 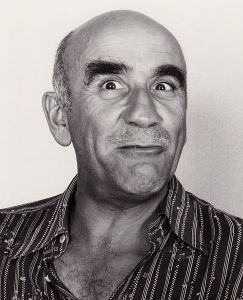 Looking back at the television programmes some of us watched when we were growing up is like looking into another world. For one thing, almost everyone smoked. Almost everyone went to the pub.

But what is really astonishing today looking back is how incredibly ‘politically incorrect’ everything was.

Probably the most extreme example of this was the highly popular and successful sitcom series, Till Death Us Do Part.

This portrayed a pretty normal family (normal for the time). The husband, Alf Garnett, was a dock worker and highly opinionated. He was a monarchist, a supporter of the Conservative Party and hated just about everyone who wasn’t a white Londoner like him. He smoked, drank, swore and ranted.

The butt of his rants was often his wife, Elsie, who he frequently called a ‘silly old moo’. Dumpy and plain, she was a housewife who at times could give as good as she got. The other occupants of the home were their grown up daughter, Rita, and her husband, Michael.

Alf heartily disapproved of Michael. To begin with he was from Liverpool (a ‘scouse git’). He didn’t have Alf’s somewhat martyred work ethic, he approved of most things Alf hated such as socialists, immigrants and feminists.

The show was an instant hit

It still makes me laugh today but how on earth could it be shown? Today, it would be slammed by the censors. See the episode below.

Surely this wasn’t mainstream TV? It most certainly was. In fact, it was so popular that the actors performed a live mini-episode at the Royal Variety Show – in front of the Queen. See this video:

And as far as ‘politically incorrect’ was concerned, it wasn’t alone. The sitcom you see below is a typical example. It concerned to couples who live side by side. The husbands also work t the same place.  One couple is white and the other black.

These were considered  to be perfectly acceptable family viewing