Who Was Carrie Buck?

Home » All society » Who Was Carrie Buck?

Who was Carrie Buck? 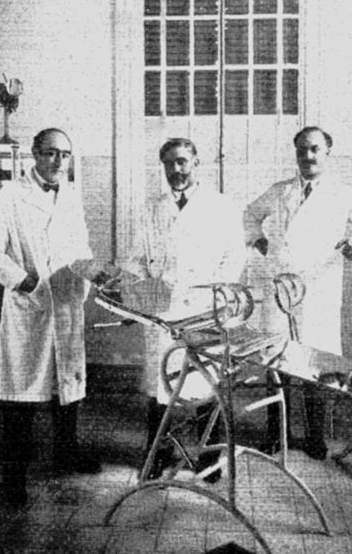 Carrie Buck was a victim of a curious belief that was sweeping the United States in the nineteen twenties.

Various powerful men were becoming increasingly concerned about the health of the general population.

Strange though it seems to us these days, many people thought that the answer was the sterilisation of people who were mentally or physically imperfect.

The USA had previously had an open-door policy when it came to immigration but in 1921 pushed through an act to restrict the influx of people from overseas.

It sounds like something from 1930s Germany but there were those in power who were concerned about the bloodline of the American people. Surveys were commissioned and results were bizarre.

For example, one ‘expert’ claimed that there were 200,000 mentally inferior people alone and that 50% of servicemen and 80% of prisoners were ‘feeble-minded’.

Harry M.Laughlin, a huge supporter of sterilisation, recommended it for anyone who was mentally deficient, paupers, tramps, physically handicapped, the deaf, the blind and orphans.

Carrie Buck was selected to be a sterilisation subject

Her mother was confined to an establishment called the Virginia Colony for Epileptics and the Feeble-Minded. So Carrie was brought up by a foster family. When she was seventeen she had an illegitimate baby – the result of her being raped by her foster-parents’ son.

In consequence, she too was confined to the same institution. She was considered a suitable case to be sterilised. The core of the belief was that her mother was mentally incompetent and so was her six-month-old baby. Of course, there was no effective way to deduce that the child was anything other than normal but nevertheless, they were referred to as ‘three generations of defectives’. The child died at eight years old but until that time was perfectly normal and did well at school).

Carrie Buck too was not mentally incompetent. She read the newspapers daily and later, when examined by a genuine expert she was proclaimed to be ‘not a sophisticated woman but not mentally ill or retarded’. The authorities agreed though that the sterilisation should go ahead.

This opened the floodgates.

Shortly after her operation, Carrie was released from the institution. She married and lived a normal life until she died in her seventies. In her later years, doctors and researchers interviewed her and found her to be perfectly normal.

Her sister was sterilised too. She didn’t know what was happening as the sterilisation took place during an appendectomy.