The strange story of Krystyna Skarbek.

On June 15th, 1952, a woman’s body was found in the Shelbourne Hotel in London.  She had been murdered, stabbed in the heart. The authorities believed her to be a thirty-seven year old married woman who worked as a stewardess on ocean liners.

This was only partially true. Christine Granville was forty four year old Krystyna Skarbek, the daughter of a Polish nobleman. Yes she had been working aboard liners for some months before she was murdered but few people at the time knew of her wartime exploits

The SOE was a London-based wartime organisation that operated a network of spies and saboteurs. Krystyna was already working as a special agent when the organisation was formed and soon became one of their most trusted and valuable operatives, working in occupied Europe and beyond. It was when working as a spy that she adopted the code name of Christine Granville. 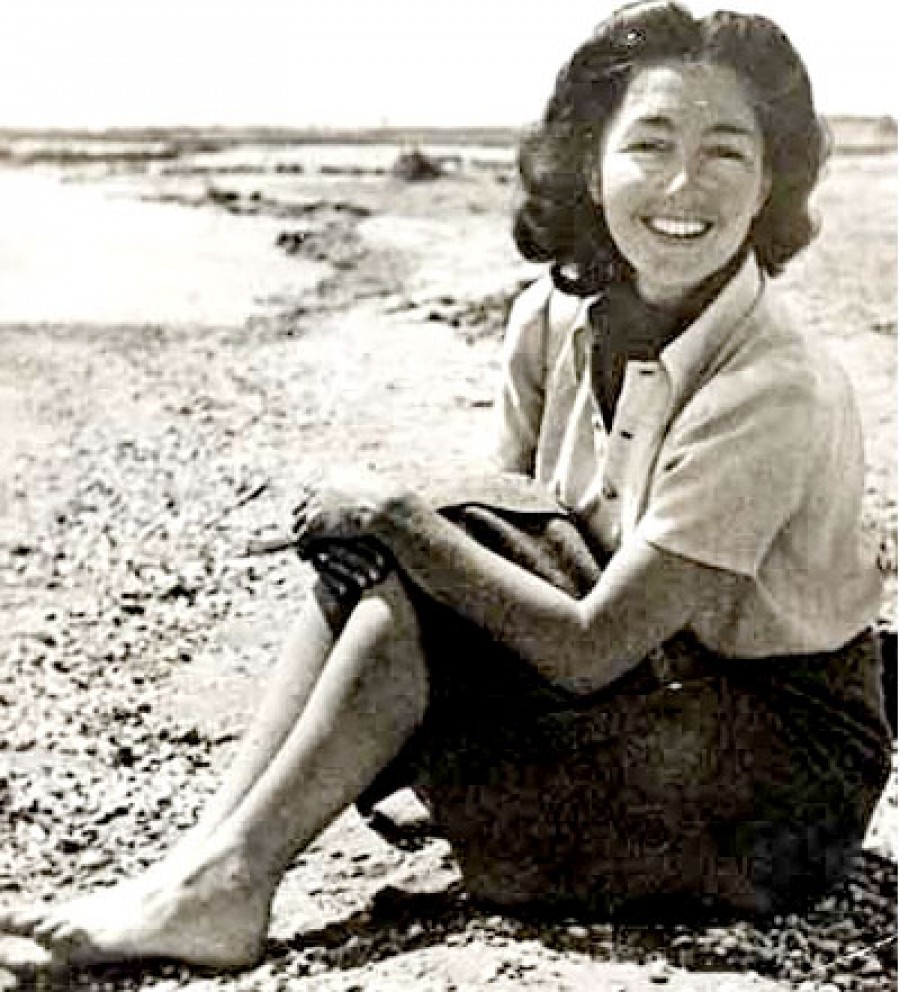 Her exploits were legendary and after the war she was awarded military honours from both Britain and France. She had been hugely important to the war effort in occupied Europe and risked her life daily throughout the war. Yet she was killed in the hallway of a London hotel by a jealous lover.

Christine lived life to the full. She loved danger and excitement and she also made the most of her love life. She had affairs with several of the agents she worked with and was adored by many of them. Indeed, after her several of her lovers got together to protect her memory and reputation.

Once the press discovered who the murdered woman was – a countess, a wartime spy and a former beauty queen – most wrote sympathetically about her violent end. But some newspapers looked for scandalous aspects, knowing that she had been killed by a jealous lover.

Just as they do today, conspiracy theories abounded in the 1950s, and one that was doing the rounds after Christine’s murder was that she had been silenced because she ‘knew too much’. It seemed surprising to some that a resourceful secret agent could have been caught of guard and murdered.

Although the authorities vehemently denied that her murder had anything whatsoever to do with her wartime work, rumours still persisted that she had been murdered by Nazis or Communists.

In May 1951 Christine had started working aboard ship. She had applied for work as an air stewardess but was over the required age limit. Liners were her second choice as the rather lowly position at least offered her the opportunity for travel.

Aboard theRuahine she met a ship’s steward, Dennis Muldowney. The ship embarked upon a four month voyage during which Christime amused herself with the steward. There is little doubt that she was actually in love with a man she had known for many years and who she had worked with during her war career, Andrzej Kowerski.

In 1948 Andrzej had been badly injured in a car accident in Germany and the couple had decided then that he would continue to live in Bonn while she lived in London – although they would still see each other as often as possible.

According to Muldowney, he and Christine became lovers on the voyage. But Andrzej Kowerski, one of the several men who banded together to protect her posthumous reputation denied this. However when she returned to London and booked into the rather seedy Shelbourne hotel she also booked a room for Muldowney just down the corridor from her own.

Over a period of time it became obvious even to Muldowney that he had been a mere plaything for Christine on a long and boring ocean voyage – and that she and Andrzej Kowerski were in love. At the same time, Andrzej was realising that Muldowney was in love – and quite possibly dangerous so – with Christine.

Gradually Christine tried to remove Muldowney from her life. She and Andrzej spent a week in Switzerland and she took additional stewardess work. However when she returned to London she found that Muldowney was stalking her.

She was planning to leave for Belgium on Sunday June 15th to spend time with Andrzej. In fact Andrzej had told his niece that he and Christine had decided to marry. Bur on that day she heard that her flight had been delayed for twenty four hours. However, she was unconcerned about her stalker because she had heard that Muldowney had been arrested for brawling.

Christine cabled Andrzej to tell him that she would be arriving late then occupied herself. She met friends for lunch, went out to dinner and then walked back alone to her hotel. But Muldowney was watching the hotel and armed with a knife, he saw her arrive and enter the building.

Muldowney ran into the lobby of the hotel and demanded that Christine return the love letters he had written to her. She told him that she had burned them. She further told him that she was going away overseas and that she never wanted to see him again.

Muldowney lunged towards her with the knife and moments later, Christine was slumped on the floor, dead.

Staff had heard the disturbance and ran to the scene but it was too late to save Christine. The police were called and Muldowney made no attempt to leave. He admitted that he had killed Christine but said that she had driven him to boiling point.

He made a complete confession to the police and was taken into custody. He did not dispute the charges of murder.

Dennis Muldowney was hanged for the murder of Christine Granville on September 30th, 1952.