When you read this book, it’s hard to imagine what Clara’s life was like in her early teens. For almost two years in the nineteen forties, she and seventeen other people lived together in a tiny underground bunker. For some of that time, Nazi soldiers were living in the room right above them, not knowing that the Jews in the bunker could even hear them turning on a light switch.

For Clara, her family and the others who were in the bunker, they knew that a sneeze, a cough or a snore could alert the German soldiers above to their presence — and bring about their ultimate death. They knew that the smallest sound could give them away — they scarcely dared to breathe. 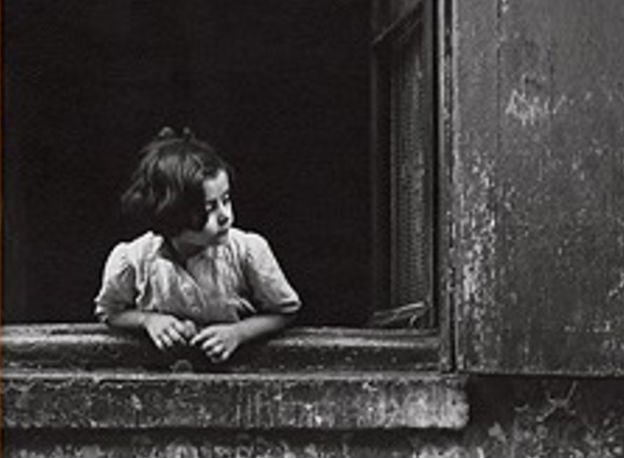 Clara’s family were relatively prosperous prior to the war. Her father owned a factory and Clara and her sister, Mania, were happy schoolgirls. But their lives changed beyond belief when the Germans occupied their small town. Jews began to disappear, including Clara’s friends and relations.

Some of the Jewish population were able to flee but that wasn’t the case with Clara’s family. Eventually, they were offered help by Valentin and Julia Beck – Julia had worked for the family prior to the war. When Clara and her family moved into the tiny underground space, they imagined it would be for a couple of weeks — it was almost two years.

Conditions in the bunker

Eighteen people were crammed into a tiny space that had been hastily dug under the floor of a house. Access was via a trapdoor. There was not enough room for them to stand up to their full height. The space didn’t allow them to sleep stretched out. There was a single electric light which often failed. Their bathroom facility was a bucket.

The bunker was freezing in the winter and oppressively hot in the summer. For food, the Jews in the bunker had to rely on the Becks — as and when they could acquire food. It was usually a few potatoes and some old bread. Their ‘toilet’ could only be emptied when there was no-one in the house.

Unbelievably, the Becks were ‘Volksdeutsche’ – considered to be racially German. Valentin Beck therefore had a reasonably good job working for the occupying forces. He was known to speak out against the Jews, he had  reputation for enjoying more than just a few drinks and it was known that he was a womaniser.

Yet thanks to him, seventeen Jews survived the war. Seventeen? Yes, there were eighteen in the bunker but Clara’s younger sister, Mania,  was killed by the Nazis. The house caught fire. Everyone in the bunker, except Mania, accepted that they would die in the fire. Mania tried to get away and was denounced to the Nazis.

The people sheltering in the bunker lived in virtual silence for almost two years. The Becks often had visitors and these visitors were frequently Nazis or Polish officials. The houses were tightly packed and the Beck’s had neighbours on both sides — who knew when those neighbours were in their yards and would hear noises from the bunker?

For most of the time, the group in the bunker didn’t dare speak, sigh or even use the primitive toilet facility for fear of being heard. And matters became even more dangerous when Nazi soldiers were billeted in the room right above them.

Clara’s mother insisted that Clara keep a diary of her experiences in the bunker. This is now preserved in the United States Holocaust Museum. But the book you see here in a greatly expanded version of her diary giving harrowing details of the time in the bunker, their lives beforehand and the aftermath.

Would their hosts betray or abandon them?

Another huge fear was added to their situation. Valentin Beck was a know anti-Semite. He was known to have mistresses (one being a woman who lived in the bunker) and he could have a loose tongue when he’d been drinking. Would he give them away?

Meet Clara in the video below: