Have you ever thought, like me, that places such as fairgrounds, circuses and amusement parks have a vaguely creepy side to them? 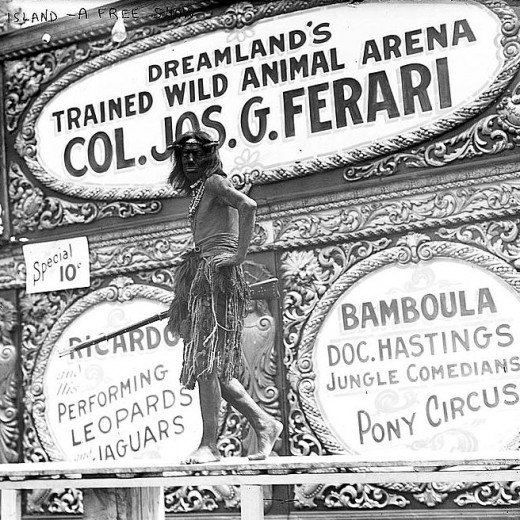 At these places, much of what we see is illusion. Nothing is as it appears to be. This was especially the case in the early nineteenth century and in Victorian days. Dreamland, a huge amusement park on Coney Island, was the perfect example.In many ways, it was downright weird.

Midget City was one example of its strangeness.  It was a complete miniature community and looked rather like a European town from the sixteenth century. About three hundred appropriately sized people lived in this tiny community. Crowds would pay the entrance fee to simple stare at the inhabitants going about their day-to-day lives.

I find this rather sinister and intrusive and I tend to imagine what the community was like once the paying customers had gone for the day.

Jut as the public seemed to enjoy seeing midgets going about their daily lives, they were also fascinated by what they called ‘freaks’. Some of these people had been born with various physical oddities; others were blatantly faked or created. Bearded ladies were often simply men in drag but the public flocked to see them.

The bizarrely attired Colonel Ferari, pictured above, was in reality from Leeds in Yorkshire.

The fire started in the early hours of the 27th of March, 1911. Its summer opening had been scheduled for that very day and people had been working through the night preparing it for the expected crowds. Some had been using tar – a substance that is extremely flammable.

As animals were snoozing in their cages, the inhabitants of Midget City were sleeping in their tiny beds and some sideshow operators were enjoying a last night out before the summer season began, there was nothing to indicate that the amusement park would soon be charred rubble. Some performers were practising their acts. Some of the sideshow owners were primping and preening their booths under the bright electric lights.

As they did so, the electric light bulbs began to explode

One by one, then in numbers, the light bulbs popped and died. Soon the whole area was in darkness and someone knocked over bucket of that highly inflammable tar. Soon, a concession appropriately named Hell’s Gate was in flames.

Because the amusement park was illusion, the fire quickly made its way through the flimsy frontages, the canvas awnings, the papier maché decorations – as the glitter and paint helped to increase the blaze all the more. The fire department was alerted but by the time they arrived, the illusion was nothing more than smouldering, smoking ruins.

The people who were working or living there were terrified and fled to escape the flames but even worse was the instinctive fear of the fire that was affecting the animals. Coney Island sounded more like a jungle as lions roared, tigers growled, hyenas screeched and all the animals charged against the bars or restraining doors in an effort to escape. And escape they did.

The fire-fighters, the onlookers, the workers – all were in even more danger as a torrent of ferocious and terrified animals escaped and took to the streets, screaming in fear. Bells were rung, alarmed blared out, sirens screeched – their sounds mingling with the human and animal cries, bellows and screams.

The people were terrified but worse, so were the animals. Tigers, hyenas, lions and other wild creatures were able to escape from their cages and fled in fear, terrifying the fire-fighters, the workers, the inhabitants and the onlookers who had arrived to see the spectacle.

Women and children from Midget City ran down the street whilst the menfolk tried in vain to fight the fire with their scaled-down fire truck. People screamed as they saw wild animals loose in the streets. Bells rang constantly. Sirens yelled. Alarms blared. Sparks whirled in the air, the smoke was think rendering the air virtually unbreathable.

People heard noises that they had never even imagined existed as animals were injured or burned and screamed and roared in pain. The animal trainers begged the police to kill the injured animals and put them out of their misery. The sound of their gunfire added to the horrific soundtrack of the early morning hours.

When dawn broke, the staff and management of Dreamland surveyed the area that was supposed to be filled that day with thronging crowds enjoying their day. Instead they saw nothing but smouldering remains, the skeleton of the roller coaster and the bodies of their animals.

The illusion was over

No humans were killed in the Dreamland fire but sixty animal were. The owners of the amusement park had not arranged for adequate insurance coverage so the facility wasn’t rebuilt. The manager of the now defunct amusement park set up a temporary booth outside the still-smouldering property and successfully sold pieces of the debris as souvenirs to the public. 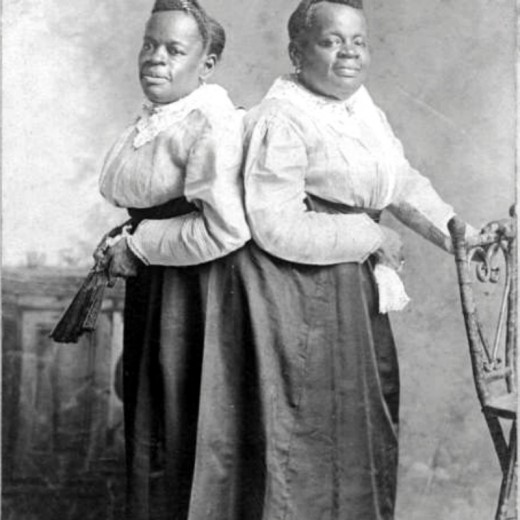