Cooking in a Foreign Language

Home » All society » Cooking in a Foreign Language

Cooking in a ‘foreign’ language – British and American. 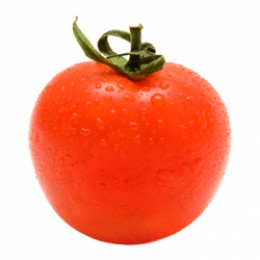 When I moved to America from England, I didn’t realize that I’d have to learn a whole new language.

Yes, I’m English and Americans speak English too, don’t they? Well, as a keen cook, it struck me almost at once that the words I’d grown up with in recipes just weren’t going to work here because of language differences.

Shopping for food became an amusing voyage of discovery, too. What on earth is an eggplant, I’d wonder? Why don’t stores here sell fresh coriander? You eat biscuits with gravy?

When I was a kid, mum would sometimes give me a couple of bob to go to the shop and buy ‘some pop and crisps’. Why don’t they have those here?

Eating out was fun too – what’s a Kaiser roll? ‘Would you like a cup or a bowl of soup?’ Why do I never see cheese on toast on a café menu? And of course, I’m vegetarian and saw some strange things on restaurant menus ‘Dolphin? You eat Flipper?’ What on earth is rutabaga? It sounds so very exotic. You have jelly in sandwiches? Isn’t that a bit messy? But the fun was just beginning…

Even pizza was a problem 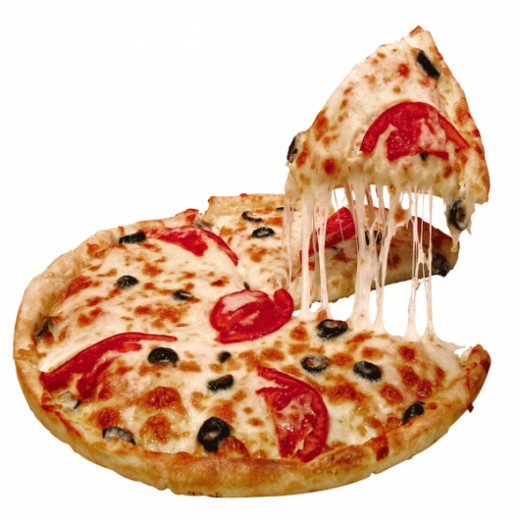 I never expected pizza to be a problem. This wasn’t even cooking, this was getting a takeout, or a takeaway, as I’d call it. Except it’s delivered ….. After all, there were the same pizza chains in America as there had been in England. But no.

The first time I tried to order a pizza on the phone, I received chicken wings. I know I have a fairly heavy regional accent but I was trying my best – from pizza to chicken wings? Forget delivery, I decided it was safer to drive to the pizza shop in future.

Me: I’d like to order pizza please.
Pizza person: Sure, how many pies?
Me: No, I think you’re misunderstanding me. I don’t want pies, I want pizza.

When my English other half came along a few years later, I suggested that he might take over the task of calling for pizza. His accent was more mainstream English than mine. I was sure that this would work until he ordered pizza with black olives and it arrived sans olives but liberally topped with broccoli. Hmm.

Vegetables are straightforward aren’t they? Well, no… 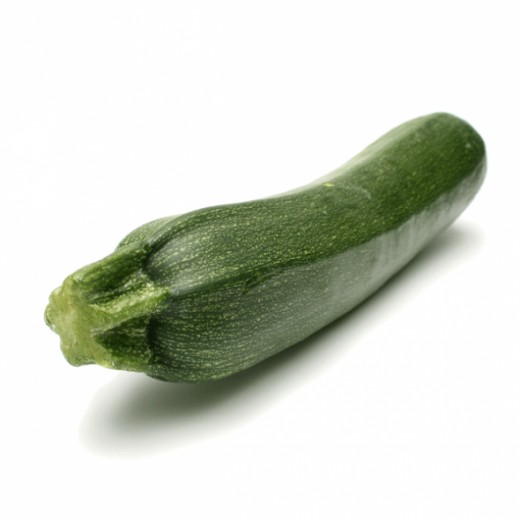 In England, I cooked often with courgettes. That’s one in the picture above. They didn’t seem to be available in Floridian grocery stores though. Yes, there was something that looked similar but they were called zucchini. I’d no idea what they were. Of course, they are the same thing; courgette being French and zucchini being Italian. OK, I get it now.

Of course one of my favorite dishes using courgettes, sorry zucchini, was ratatouille and for this I’d need aubergine. Like the courgette problem there was something that looked like aubergines but they were labeled eggplant. Right. This was getting tricky.

Rutabaga, it turned out, wasn’t some fancy cheese or other exotic food. It was simply common or garden old swede, that my mum used to try to force feed us when we were kids. Dreadful stuff. I wonder if we’d have liked it more with its exotic name? 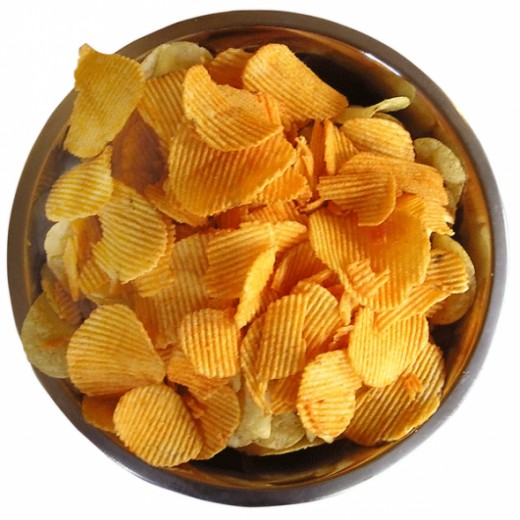 Spuds are a minefield. ‘Would you like chips with that?’ Oh yes, you reply and get a portion of crisps, not chips at all. Just where you expected a pile of lovely chips to be, there are crisps. Eventually you learn to ask for fries, French or otherwise. For crisps, you ask for chips. I was too old to learn a new language! 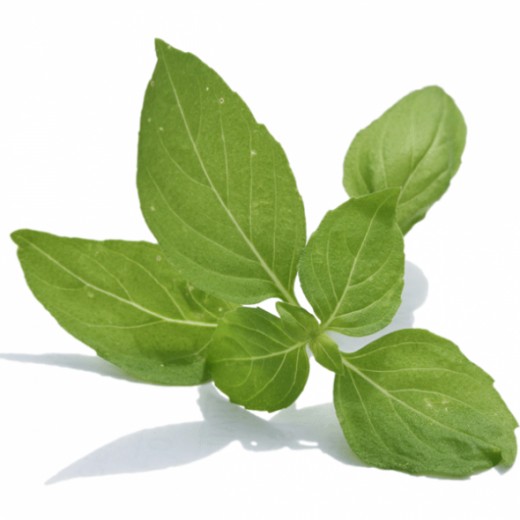 The first question of course is are they herbs or ‘erbs? At first I thought I just knew a few odd people who dropped their aitches, but then I realized that in the US, the American pronunciation is ‘erb. Great, I thought until I asked for them in shops.

Being a curry-monster, I was distraught that there didn’t seem to be any fresh coriander for sale anywhere. I saw parsley and something called cilantro but no coriander. If anything was going to make me move back to England, I decided, it would be this. I stomped around supermarkets grumpily for ages before I realized that cilantro was what I needed. 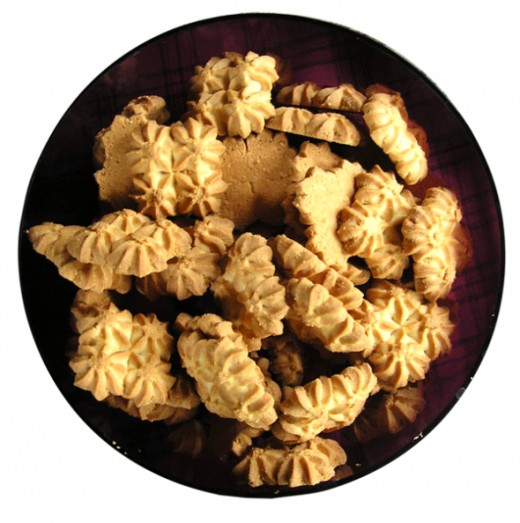 Just when I was getting smug and beginning to think I’d got it sorted out, a fast food chicken place opened up near work. ‘I know you don’t eat meat’ said one of the lads one day as he was heading out there ‘but can I bring you some biscuits and gravy?’ Once again, bafflement. The English love biscuits – Chocolate Digestives, Hob Nobs, Jammie Dodgers, Chocolate Fingers … with gravy?

For the English, there’s nothing like a nice cup of tea (cups of tea are always ‘nice’), a biscuit and a nice sit down. But of course, it turned out that what I think of as a biscuit is actually a cookie and a biscuit in America is a sort of scone without the fruity bits, if you see what I mean… 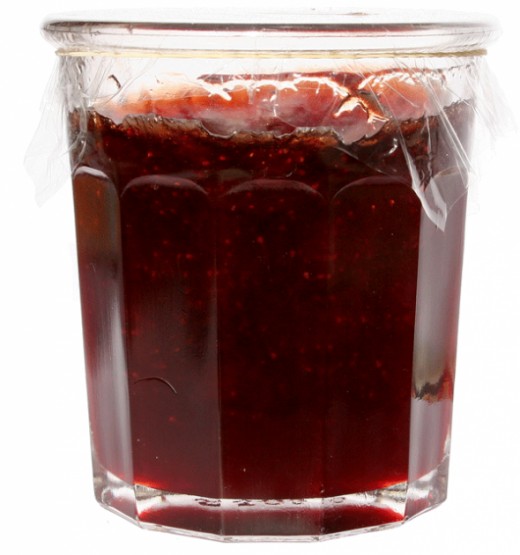 This one still confuses me so bear with me. What you see above, in England, is jam. Fruit preserve. Confiture. (Sometimes French is easier than American!) In America, it’s called jelly, which in England is that wobbly stuff kids have at parties, which in America is jello. Clear as mud.

And this is just food!

I’ve only mentioned a small number of the food misunderstandings I’ve had here in the States. And remember too that I don’t eat meat or fish. If I had to add meaty, fishy terms to my food lexicon too I don’t know if I’d be able to cope. Clothes have different names (pants, suspenders … and what a jumper to you?), try buying or selling a car (the fact that the steering wheel is on the ‘wrong’ side is the least of your worries), buying furniture (a credenza?), repairing your home (stucco? Baseboards?) …. all this is just the tip of a linguistic iceberg. I still have a hard time being understood in America, after over twenty years.

When I visit England and say words like ‘gas station’, ‘mailman’ and ‘elevator’ I’m told I sound American.Will I ever get it right? I don’t seem to fit in properly in either countries, these days.

Many years ago in Florida I was phoning through an order for lunches at work. I had negotiated the whole thing rather well and there was only the cheese on toast (grilled cheese, rather) to order. Should be simple, I thought, grilled cheese with tomato. Easy.

In England, people say I sound American. I don’t but I use American words, I’ll admit that. After all, I have to – what I wrote above proves it.

Himself hasn’t been in the States for as long as I have so he isn’t quite as prone to Americanisms, which was proved the other day. We were sitting working and there was a loud vehicle noise outside. We both looked up and spoke at the same time:

So maybe I am getting the lingo at last!

This is THE best book on the subject about the differences between the English and American languages. I first bought this book many years ago and understandably, it’s still in print.

If you’re British and venturing into America, or vice versa you’re going to need this book – I only cover a fraction of the misunderstandings that can occur. If you’re American, I wouldn’t mention a fanny pack to an English person. Brits, watch out for mentioning (when you want a cigarette) that you could murder a fag. This book could keep you out of jail! (Or gaol!)

Check it out on Amazon.