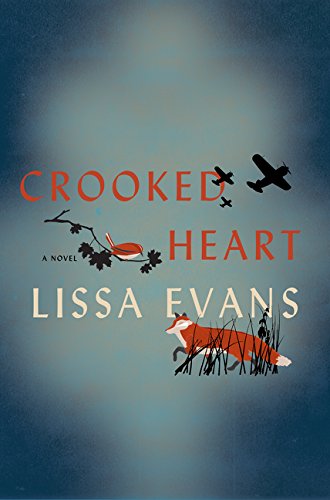 A review copy of book recently landed at JAQUO HQ and I was captivated from the very first page.

Dinner remained uncooked  (‘can’t you make do with a bowl of cornflakes?’), laundry was ignored and writing took second place to reading as I was instantly drawn into this fascinating story.

It’s set in the Second World War – always a great period of history to read about – but this is a wartime novel with a difference.

We have an unlikely hero – Noel is ten years old, has a dodgy leg, a quick mind and noticeably sticking-out ears. He has no family either; since he was four years old he’s lived in London with his elderly godmother, Mattie.

Mattie is a lovely character. Once a suffragette, she has a doctorate and her own way of life which suits Noel just fine. But she is getting old and as the book begins, her memory is starting to fail her.

She has to ask Noel to remind of of the name of ‘that church, the one with the dome’.

‘St Paul’s Cathedral’
‘Of course it is. The architect has a bird’s name. Owl… Ostrich…’
‘Wren’.
‘Right again, young Noel, though I can’t help thinking that “Sir Christopher Ostrich” has a tremendous ring to it.’

We poor readers don’t have Mattie for long enough, and neither does Noel. As the war threatens the city, he is evacuated to the safety of a less populous area which is of no interest to the German bombers. His new ‘home’ is as fascinating as his previous one in its own way.

Vee Sedge is a young widow with a grown up son. Both have their own way of survival and making the odd bob here and there during the privations of war. Another character you’ll love is Vee’s mother who is stone deaf and spends her time writing to Winston Churchill giving him the benefit of her advice when it comes to running the country and the war (and quotes and poems from People’s Friend).

As their lives converge and Vee and her son scramble to make a not-strictly-legal living, Noel becomes embroiled in their plans and brings his own logic and organisation to their world.

Nick Hornby sums it up – ‘credible, touching and funny’.

This fabulous book was released in the United States on July 28th, 2015. Order here.