Dancing with the Enemy: Paul Glaser

Home » All books » Dancing with the Enemy: Paul Glaser

Dancing with the Enemy: A true story of the Holocaust in the Netherlands. 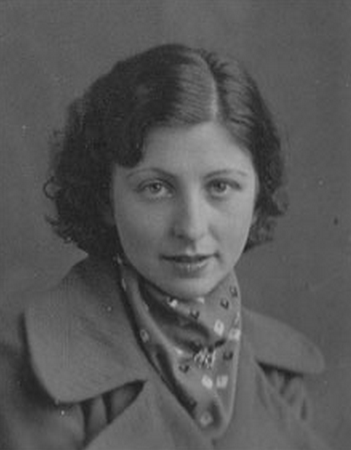 In addition to being one woman’s fascinating and sometimes horrific account of life as a Jew when the Netherlands were occupied by the Germans in WW2, this is also the true story of how the author found out about his family’s secret.

Paul Glaser was born in the Netherlands after the Second World War and brought up as a Catholic. It was only when he was adult and with children of his own that he realised – or rather, suspected – that he came from a Jewish family.

He asked his father but received nothing but evasion. Did his grandparents die in the Holocaust, Paul wanted to know? His father insisted that they had died of old age. Paul realised that his father wanted to forget the past and not discuss the matter further. He respected that, but still felt the need to know the truth about his family background.

Over the years, Paul reconstructed the fascinating story of his aunt Rosie; his father’s sister. He discovered Rosie’s wartime diaries, her poems, photographs, notes and letters and therefore was able to reconstruct her story.

Rosie was twenty five years old when the Germans invaded and occupied the Netherlands in May, 1940. She was a lively and attractive girl – a talented dancer. She was largely unaware of the fact that her family was Jewish – they didn’t practice the faith.

Before the invasion Rosie had suffered her own tragedy. She lived with a man called Wim and they had huge plans for the future. Wim worked as a civil aviation pilot and in 1936 had been killed in an air crash.  The following year, when she was twenty three, she married a fellow dance instructor and they set up business together. The marriage wasn’t a success and Rosie found an attentive lover, Kees. Both men were to betray her to the Nazis.

The German occupation of the Netherlands

Most of us tend to be more familiar with the horrors of the occupation of France than what happened in the Netherlands during the war.  Prior to the invasion, many of the country’s people where members (or sympathisers) of the National Socialist Movement and many of its members supported the Nazi party and its determination to solve ‘the Jewish problem’. This included Rosie’s husband.

The Netherlands border Germany and to some extent, the country was relatively’Germanic’. But after the occupation gradually things changed for the Jewish population. Rosie and her ancestors were Dutch, they family was not following the Jewish faith but Rosie still had to adhere to the new and oppressive rules. She rebelled.

Rosie, after she had split from her husband, had started her own illicit dancing school in her parents’ attic. She refused to wear the yellow star. She deliberately went to places where signs bore the legend ‘No Jews Allowed’. But her ex-husband (they were by now divorced) reported her to the authorities.

Rosie ‘danced with the enemy’

Very few Jews from the Netherlands survived the war. Rosie did. She did whatever she had to do to ensure that she survived. She was sent to concentration camps and work camps. She saw and experienced the horrors of the German solution to the ‘Jewish problem’. She survived Auschwitz where she was the subject of the Nazi medical experiments.

She was smart and resourceful. She was determined to live. She used every advantage she had to make sure that she survived.

She ‘danced with the enemy’ both literally and figuratively

This book contains two stories – both fascinating. Rosie’s account is detailed and tells of a life that we can only imagine today. Then there is the author’s story of how he discovered his Jewish roots and the effects it had on him and on his family. A highly recommended read.

Do not miss this video