Who was Diana Dors? 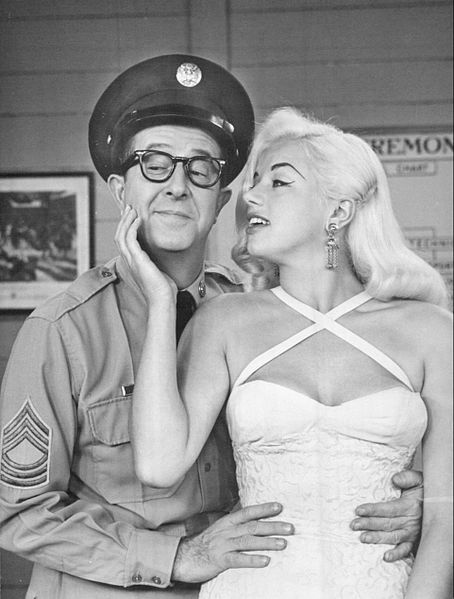 Diana Dors was an English actress and sexy movie star who was popular in the nineteen fifties and sixties. She was often compared to Marilyn Monroe.

She was gorgeous, and rather a naughty girl but she typified the ‘tart with heart of gold’. She became a much loved British institution.

When she was younger, and she became a well-known movie and television star when still in her teens – most audiences couldn’t see past her platinum dyed hair and her two other obvious advantages. But she was actually a fabulous actress.

Naturally enough, the industry made use of her other attractions rather than her acting ability and her singing voice.

Diana was born with a rather unfortunate last name – her name of her birth certificate is Diana Fluck. She said that when she started her career she was made to change her surname: “I suppose they were afraid that if my real name Diana Fluck was in lights and one of the lights blew …”

There is another rather naughty story about that

She returned to her home town of Swindon to open a local fair. The mayor of the town was set to introduce her to the waiting crowds and intended to use her birth name because she was on home turf. With a name like Fluck, he was conscious that he needed to be careful to pronounce it properly.

Nervously, he climbed onto the podium and started his introductory speech. “Ladies and gentlemen’ he announced “today we are joined by a star from the big screen and we are proud to say that she was born right here in Swindon. You know her today as Diana Dors, but Swindon knows her better as Diana Clunt”. 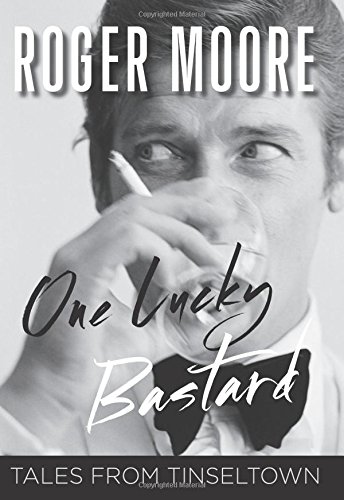 One Lucky Bastard: Tales from Tinseltown

I do hope that story is true! It comes from the book you see on the right by British actor, Roger Moore. It’s full of showbiz anecdotes -really good fun.

When she was nineteen, Diana married Dennis Hamilton. He was largely responsible for promoting her career as a blonde bombshell. They remained married until his death eight years later. Secondly, she married actor Richard Dawson. After two children and seven years of marriage, the couple divorced.

In 1968 she married English actor Alan Lake. He was nine years her junior but the marriage lasted until her untimely death at the age of fifty two. As she grew older, Diana appeared to have no problems with putting on weight or aging. But she reportedly  once asked Alan:

“Will you still love me when I’m old and fat?”

When Diana died of cancer, five months later Alan took his own life. Their son Jason says that had he not done so, he would have died anyway of a broken heart.

In later life that she became known as a serious actress (she performed in Shakespeare plays), as a comedienne and fun personality in her own right.

See Diana in later life – she was so much fun.