Did President Kennedy’s Drug Use Affect His Leadership?

Home » All books » Did President Kennedy’s Drug Use Affect His Leadership?

When John  Kennedy’s medical records were released, they revealed that the president had been taking an enormous cocktail of prescription drugs. Many of these drugs would be considered unsuitable – if not illegal – today.

Throughout his life, Kennedy was besieged by medical problems, starting when he was a young teenager and suffered from colitis. It was in London, where his father was ambassador prior to World War Two, that the young John Kennedy was first diagnosed as suffering from Addison’s Disease which was later confirmed by his American doctors. This malfunction can cause serious medical problems and ultimately, if it isn’t kept well under control with drugs, can be fatal.

In addition, it’s well-known today that the president had persistent back problems due to osteoporosis and a quick internet search reveals photographs of him prior to the (at least) three serious operations he had and of the president using crutches when he was unable to walk unaided.

This, and other health concerns, demanded another series of drugs and painkillers. 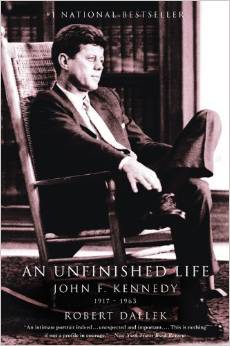 This combination of assorted drugs brought about its own complications with various side-effects. Those side-effects had to be treated … yes, with more drugs. Today, experts estimate, although this is likely to be accurate due to access to official medical records, that at any given time Kennedy was taking at least a dozen different medications every day which included steroids,Demerol, cortisone,  Novocain, testosterone and many more.

These were simply to get him through the average day. At times of stress, or at times when his various conditions flared up and he needed more, then his dosages and the number of medications he took increased. Some of these drugs were taken orally. Some necessitated injections by medical staff. Kennedy had to rely on the discretion of the doctors around him to keep his secrets from the press and his political opponents.

Various political opponents tried to release this information to the public but Kennedy and his aides invariably denied that he was in anything other than the very best of health. His medical records now show that this is far from the truth.

The question remains however, how much did these drugs affect his leadership? The book you see here was originally written ten years ago but was recently updated to answer these questions and to reveal the truth about the president’s persistent ill-health and drug use. Use the link below to find out more.