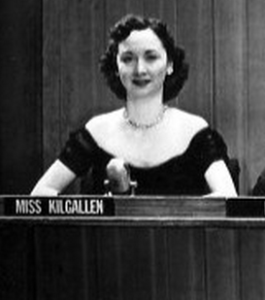 She died in 1965 so it’s likely that you don’t remember her. But in the middle of the twentieth century, Dorothy Kilgallen was a true media star. She was a journalist with many more strings to her bow. And it may be that her journalistic investigations were the cause of her untimely death.

Despite being a well-known journalist, gossip columnist, crime reporter, actress and a screenwriter, she was probably best known for being a panellist on the popular television game show, What’s My Line? You may have seen reruns and many episodes are available to watch on YouTube.

The programme was nothing remotely like game shows today. The panellists and the compère referred to each other as ‘Mr’ or ‘Miss’, the men wore evening attire, the women dressed as though they were going to the opera and there was a general air of gentility and politeness. ‘Miss’ Kilgallen typified these qualities.

And yet she died, aged only fifty two, of a fatal mixture of drugs and alcohol, hardly commensurate with her television persona. 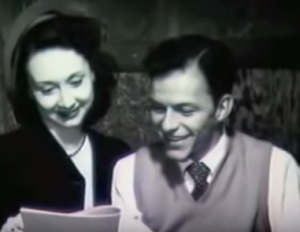 Dorothy was not in business to make friends. In her show business column she had no hesitation in exposing the antics of celebrities, thinly veiling their true identities. She was openly critical about court verdicts, political motives and politicians themselves. Interestingly, she was one of the first to cast doubt on the verdict that Marilyn Monroe’s death was an overdose due to a combination of barbiturates and booze – the cause of death that was eventually ascribed to ‘Miss’ Kilgallen herself.

For example, she was the first journalist to reveal that there was any personal relationship between Marilyn and the Kennedys — just a few days before the actress was found dead.

Needless to say, she made enemies. Frank Sinatra used to refer to her as ‘the chinless wonder’ because of her barbs against him. She wrote about organised crime, injustices and political complexities. It’s said that the FBI were interested in her activities and monitored her movements and, some say, tapped her phone.

The assassination of John Kennedy 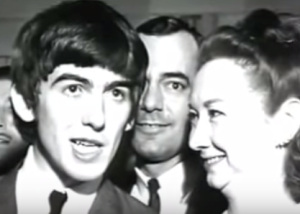 When JFK, a man who Dorothy had met and admired, was assassinated she immediately began to investigate. Using her contacts within the Dallas police department, she had access to reports and files. Her biggest scoop came when she acquired early access to the Warren Commission report showing the testimony of Jack Ruby, the killer of JFK assassin, Lee Harvey Oswald. The commission had been set up to investigate the Kennedy assassination.

She was questioned by the FBI – how had she come by this secret report? She informed them that she would never reveal its source, saying that she would rather die than do so. She then managed to get an interview with Jack Ruby, who was by now in custody. She didn’t reveal what she discovered at the interview – she told friends she was ‘saving it for a book’.

In her last published reference to the assassination, she questioned the validity of the photograph of Lee Harvey Oswald posing with guns. She claimed it was the nineteen sixties version of photoshopped. She then made a mysterious journey to New Orleans,where Lee Harvey Oswald had been born and brought up

The final What’s My Line 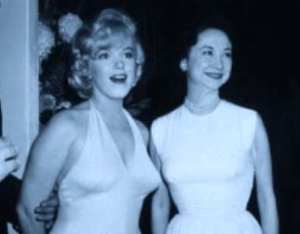 On the evening before Dorothy’s strange death, her hairdresser, Marc Sinclaire, went to her home as usual to coif her for the show. He claimed later that she was ‘distracted’. Her performance on the show that evening was as usual, but she seemed nervous – unusual for someone who had been on the programme for so long.

Fellow panellist Arlene Francis also remarked later that it was the first time in all the years they had appeared on the series together that Dorothy had not kissed her when saying goodbye after the show. After the programme, Dorothy went for a drink with the show’s producer and she told him that her forthcoming book would be ‘the scoop of the century’.

The next day, on the morning of December 8th, 1965, hairdresser Marc Sinclaire let himself into Dorothy’s home in order to do her hair. He went to the dressing room where she was usually waiting for him but she wasn’t there. He moved into the adjacent bedroom- where Dorothy never slept (her bedroom was on another floor) and to his surprise found her in the bed there. Dead.

Unusually, she was fully dressed, her hair was in place and so was her make-up, even to the extent of her wearing false eyelashes. A book was laid out on the bed as though she had fallen asleep reading. But she wore glasses to read and her reading glasses were not in the room. The air conditioner was cooling the bedroom even though it was December and the weather was cold.

The autopsy reported that her death was due to ‘acute intoxication due to barbiturates and alcohol, circumstances unknown’ but that otherwise she had been in good health.

The police closed the case.

The manuscript and notes for her book about the assassination of John Kennedy were not found.