The Duchess of Cambridge

Home » Royalty » The Duchess of Cambridge

The Duchess of Cambridge. 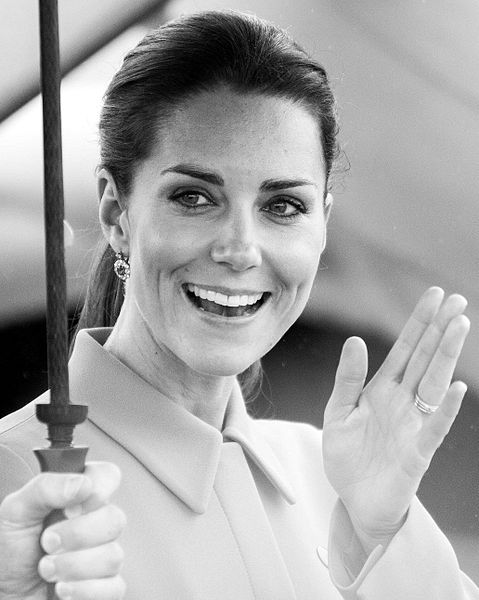 On 19th July, 1981, Carole and Mike Middleton sat down in front of their television – as did millions throughout the world – to watch the wedding of Diana Spencer to Prince Charles.

Little did they know that thirty years later, they would see their as yet unborn daughter marrying the son of the happy couple.

At the time Charles married Diana, Carole Middleton was in the early stages of pregnancy with Catherine. (Whether she knew or not is a matter of conjecture.)

Catherine was born in January, 1982. That afternoon, Carole gave birth to Catherine Elizabeth at the Royal Berkshire Hospital in Reading.

Charles and Diana had their son William in June of the same year. This makes Catherine about six months older than her husband.

I refer to ‘Catherine’. This is what her family always called her and how Prince William refers to her now.It was only in her late teens that her contemporaries called her ‘Kate’ and this was picked up by the media.

The Middletons were not of noble birth by any means. Carole had been aircraft cabin crew (a nice way of saying air stewardess) before her marriage.

Mike was a flight dispatcher. I’m happy to say that his ancestors were from Leeds, in Yorkshire, where Mike himself was born 🙂

Catherine and William developed their relationship when they were at university in Scotland. The relationship has its ups and downs – as you would expect – but nevertheless, the marriage between the two is very much based on friendship and mutual respect.

But on 16th November, 2010, Clarence House announced the engagement between Prince William and Catherine Middleton. The prince had to ask the permission of the queen, as all members of the royal family are obliged to do. He was asked by one of his cousins how the royal interview had gone. He said about the queen:

“She was as happy and excited as I’ve ever seen her – with the possible exception of when one of her horses is racing at Ascot.”