Home » All society » Elsie Frost: Fifty Years After Her Murder 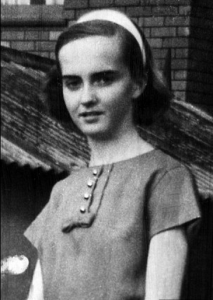 On the afternoon of October 9th, 1965, fourteen year old Elsie Frost was walking along a country footpath not far from her home in Wakefield, Yorkshire. A few hours later her body was found, sparking off a huge police investigation.

A man was arrested and accused of the murder but the court decided he was innocent. The murderer remains at large fifty years later.

In the early months of 2015, as the fiftieth anniversary approached, Elsie’s brother and sister, Colin and Anne, contacted the BBC to see if they could help to investigate so that they could finally find out what happened and, of course, who had killed this innocent young schoolgirl.

The investigation was re-opened

You can read more about this horrifying case by scrolling down the page and checking the related links. As the fiftieth anniversary of Elsie’s murder approached it was suggested that Elsie had been killed because she had inadvertently disturbed two men involved in what was at that time and illegal homosexual liaison. There had been rumours to this effect at the time.

It was also discovered that a young man had been seen riding a bicycle nearby when the murder took place.  He was possibly a delivery boy and he may have seen or heard something that would be of use to the investigation. It has also emerged that a few weeks before her death, Elsie had been staying with a friend and had dressed up and gone out to meet someone. So she may have been seeing a boy. If so, he might have been too scared to come forward at the time but now – as a man in his sixties – he may be willing to talk to the investigating officers.

Lock up your daughters

The city of Wakefield was horrified by this brutal murder. The newspapers – local and national – urged parents to protect their young daughters. What I don’t understand, is why I don’t remember this.

Elsie was a fourteen year old Wakefield schoolgirl. When she was murdered, I was an eleven year old Wakefield schoolgirl. (Different schools — and I did not know Elsie). Bearing in mind all the media attention that was given to this case – in the newspapers and on local television – I have to wonder why I was totally unaware of this tragedy. Like Elsie, I too have a younger brother called Colin, and he’s the same age as Elsie’s. Surely I would have remembered these coincidences?

Did parents of young daughters conceal the news from them? Why wasn’t it a topic of conversation at school? I find it strange that I knew nothing about this until the BBC began their own investigations in 2015.

Was Elsie meeting a boyfriend on the day she was murdered?

It’s a possibility. She was attacked on her way home from Horbury Lagoon, an area I know well. She had been attending the sailing club there. She had worn new shoes that she had bought that very morning and was – to some extent – dressed unsuitably for walking through country paths. 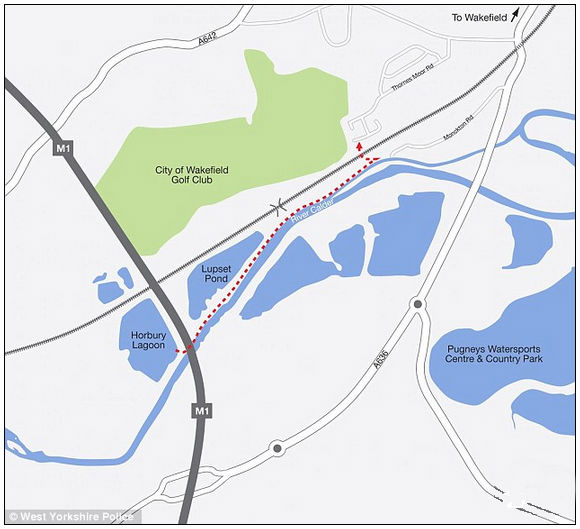 She presumably changed into other clothes to go sailing, then changed back into her good clothes to walk home. I remember what it was like to be fourteen and this does suggest that she was meeting a boyfriend.  I can also understand why he would have been afraid to come forward at the time; the chances are that he was the same age as Elsie – or at least, young enough to be scared to talk to the police.

I hope this new investigation finally solves the mystery