In Praise of Elvis Presley

Home » All entertainment » In Praise of Elvis Presley

In Praise of Elvis!

Elvis Presley was born in 1935. He first saw light of day on January 8th in Tupelo, Mississippi. 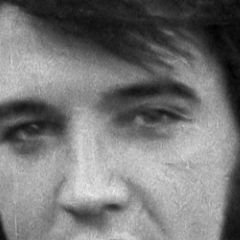 In Memory of Elvis Presley

In Memory of Elvis Presley Elvis Aaron Presley was born January 8, 1935 – August 16, 1977 His music is loved by all. He sang Rock and Roll, Country and Gospel. Elvis is regarded as one of the most popular figures of the 20th Century. His good looks, humor, impressive voice and charismatic moves on stage was endeared by everyone. In 1977 his death shook the nation including me and at present time it’s been 37 yrs. since he has… 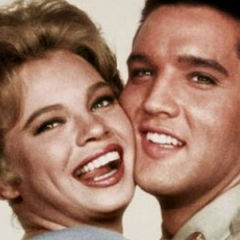 My Love Affair With Elvis

My Love Affair With Elvis   My love affair with Elvis Presley was only in my heart and mind, after first seeing him on the Dorsey Brothers television show. It was his very first appearance on TV. I was not yet 17 and fell instantly in love with him. I couldn’t take my eyes away from the screen. I certainly wasn’t feeling what “good” girls in those days were supposed to feel while watching a man sing. We… 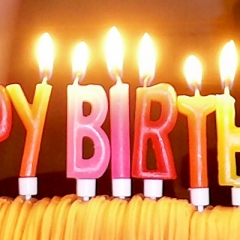 Happy Birthday Elvis! –A Precious Tribute to Elvis Ella Mae Sings “American Trilogy” We celebrate Elvis Presley’s birthday today. Born on the 8th of January in 1935, “The King of Rock and Roll’ lives on 80 years later. I can’t think of a better gift for Elvis and his fans than to share little Miss Ella singing “An American Trilogy.” She’ll brighten your day, and no doubt, Elvis’ spirit must be looking upon her fondly.   Ella… 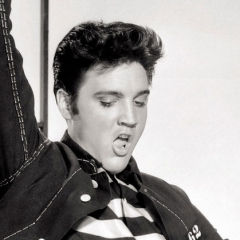 Happy Birthday Elvis, RIP Joe Guercio Elvis Presley passed away on January 8th, 1977. He left this world a legacy that will never be forgotten. Elvis invented a new musical genre and a revamped world of entertainment, for which many of today’s musical artists owe him a great debt. He was called The King, because no one ever came near him for talent and ability to sell out a room. He wasn’t perfect, but those of us who… 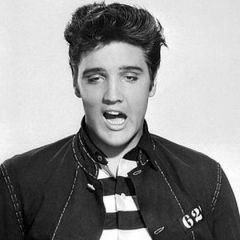 Can Anyone Say SWOON!

Can Anyone Say SWOON! Having grown up on the early 60’s and 70’s bands, I can honestly say that one of my favorite singers had to be Elvis Presley. If I close my eyes, and listen to him sing “Love me tender, Love me true, all my dreams fulfilled” I still get that soft woozy feeling in the pit of my stomach and the soft sway of the music subtracts all the years that have since passed. I am a teenager again, and…