Rally driver Eric Jackson was strictly a Ford man. The only recorded competition car he drove that wasn’t a Ford was a Vauxhall in the 1959 Monte Carlo Rally.

So it’s not surprising that when Jacko had ‘the big one’ – the rally accident that nearly finished him off – he was driving a Ford Escort. Here’s a photograph of how he managed to rearrange the car: 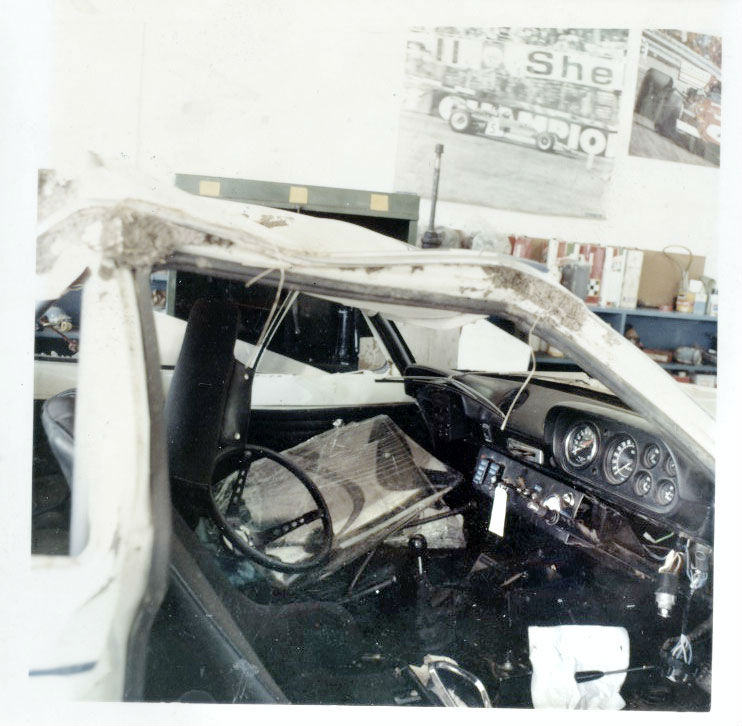 Ford Escort – the after shot. 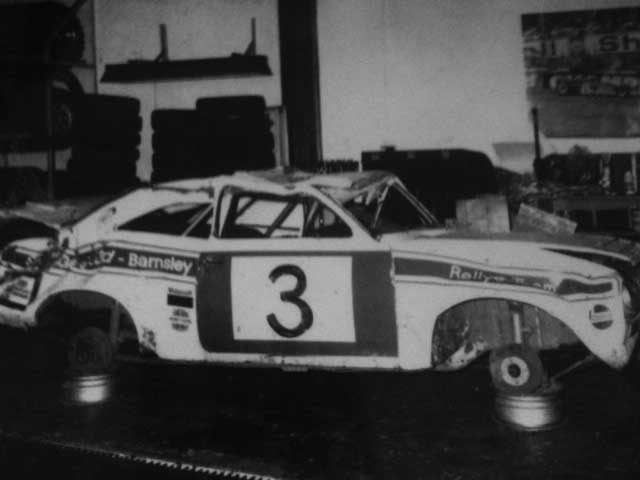 He’d really made a pretty good job of it, hadn’t he?

The lads at the rally centre at Service Garage were pretty good but even they couldn’t put this Humpty back together again.

What about Eric?  As you probably know, his recent driving adventures had taken him to Africa and various other parts of the world. Parts of the world that were pretty uncivilised back in those days.

So where was it that he got so badly banged up? Salisbury Plain in England. Just a couple of hours drive from his Barnsley home.

It reminds me of when he was shot in the stomach. Just before that happened, he had been shot at by Russian soldiers in Berlin. He’d been attacked in one of the dodgiest areas of 1950s Detroit. He’d met Mafia leaders in the Bronx. And where was he when he was almost fatally shot?

Barnsley in Yorkshire. Just a stone’s throw from his own home.

It was all very well his family worrying about him going to the Congo, to Timbuktu or one of his frequent drives across the Sahara. The man could get himself into trouble wherever he was, even in his hometown.

His navigator Don Barrow, who escaped unhurt by the way, gives an account of the accident on his website. It was the straw that broke the camel’s back for Don who gave up navigating after the Salisbury Plain episode. Eric Jackson’s back was another matter. The car had flipped end over end, cartwheeling time after time. Every time it landed on its roof during one of its somersaults, Eric’s helmet was forced against the roof of the Escort over and over and over again.

This apparently is a good way to crush the vertebrae that make up the spine in addition to breaking the sternum (the breastbone) and a good few ribs besides. In his book Petrol in my Blood (see the sidebar) Eric describes:

“I began to see stars like I had never seen in my life. However before all the pain and the noise I had caught a glimpse of two people about two hundred yards away who has to run like hell to get out of the way of our flying Ford. I learned later that they were marshals from the local motor club; they came to visit me in the hospital They said it was like being chased by a Barnes Wallace bomb of Dambusters fame.”

He then goes on to say that:

‘Rally marshals are the unsung heroes of our sport’.

Did he fully recover from his injuries? Well, here is is at the age of ninety at the NEC as a guest of the Ford Corsair Owners Club in March 2015. 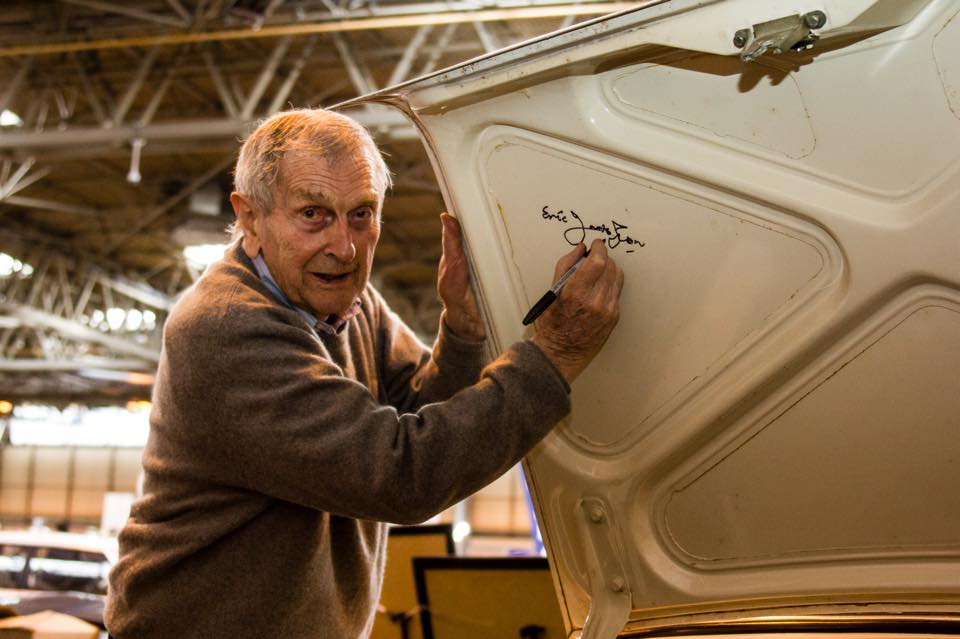 Thanks too to Don Barrow who let me know that the accident took place on 21st April, 1973. 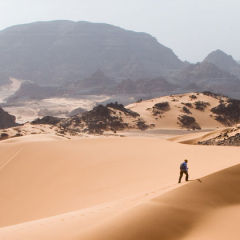 Where to buy Petrol in My Blood

Where to buy Petrol in My Blood by Eric Jackson. Eric Jackson’s biography, Petrol in My Blood, is available worldwide. Below, you’ll find the links for most of the sites from which you can buy this true adventure story. Worldwide shipping direct from the publisher You can buy both hardcover or paperback versions of the book directly from the publisher. The company has distribution plants in the USA, Europe, the UK and… 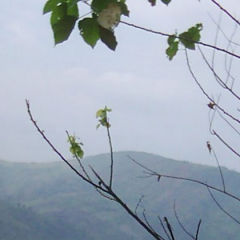 Boy soldiers: The Congo, 1967. Children have been used for military services for almost as long as mankind has existed. In 1967, two men were driving through the Congo where they had the most frightening encounter with a couple of boy soldiers who held them at gunpoint. Read on. The two men were rally drivers, Eric Jackson and Ken Chambers, and they were racing – of all things – an ocean liner from Cape Town to Southampton…. 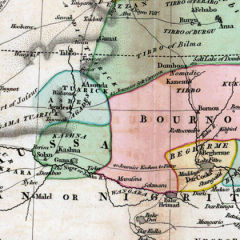 Eric Jackson: Petrol in My Blood. If you’re looking for a great read, full of adventure, humour and history, then I definitely recommend Petrol in My Blood by Eric Jackson. This is the autobiography of a Yorkshireman, born in a gipsy caravan in 1924, who started life with humble origins. Written when the author was in his eighties, the book spans generations and it’s a miracle that, because of his adventures, that he…