Home » All lifestyle » Who Was Eugenio Castellotti? 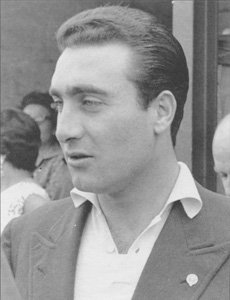 Eugenio started racing in 1952, an era in which racing drivers didn’t have a long life expectancy. Indeed it was only three years later that his friend, driving legend Alberto Ascari was killed in an accident on track – in Eugenio’s car and wearing Eugenio’s helmet.

Although the lack of safety in motorsport in those days seems horrifying to us now, the drivers and teams were fully aware that every season would decimate roughly half the drivers. Yet they thrived on the danger. In many ways, they had the laconic attitude that their older brothers had shown as flyers or fighters in the Second World War.

By the time he was twenty six years old, Eugenio was the great hope of Italy. The Italians had lost Ascari, their great hero, and expected that Eugenio would fill his shoes and become Formula One world champion. In 1955 he had become the youngest ever driver to date to achieve pole position (at the age of 24 years, 7 months and 26 days).

Eugenio was ideal as a hero because of his youth and good looks. He was also from a wealthy family.Women loved him. But early in 1957 he began a passionate affair with an actress, Delia Scala. His team boss, Enzo Ferrari, disapproved. So did Eugenio’s mother. When he took Delia to his parents’ home his haughty mother reportedly remarked “You look like a waitress. The kitchen is this way.” But Eugenio was besotted.

The couple became engaged in March 1957. On the 13th of that month, Eugenio was staying with Delia in Florence, where she was performing on stage. That night, the phone rang in their hotel room – it was his boss, Enzo Ferrari.

He was furiously demanding that Eugenio get to the test track at Modena, where Ferrari cars had held the lap record for years. Jean Behra, driving a Maserati (Ferrari’s great rival manufacturer) had been driving the track at terrific speeds and Enzo feared he would break the record. He needed his star driver, Eugenio, to get back to the circuit immediately to defend Ferrari’s honour.

So before five in the morning of March 14th, Eugenio left his fiancée’s cosy bed and drove to Modena. When he arrived the team was waiting for him with a brand new, untested, Formula One Ferrari. The track was damp but he was soon lapping at over 100 mph. The team signalled him to go faster.

Suddenly the team in the pits heard screeching brakes and tearing metal. They ran to the track and found the destroyed car — Eugenio had been thrown out and hurtled over one hundred yards. Don Sergio Mantovani was a local priest who was almost always at the track and he rushed to the scene too. He was just in time to give Eugenio the last rites. Eugenio died seconds later.

Eugenio and Delia Scala had been due to marry in twenty five days.

Footnote: When Enzo Ferrari heard the news, he remarked “What a pity. How’s the car?” 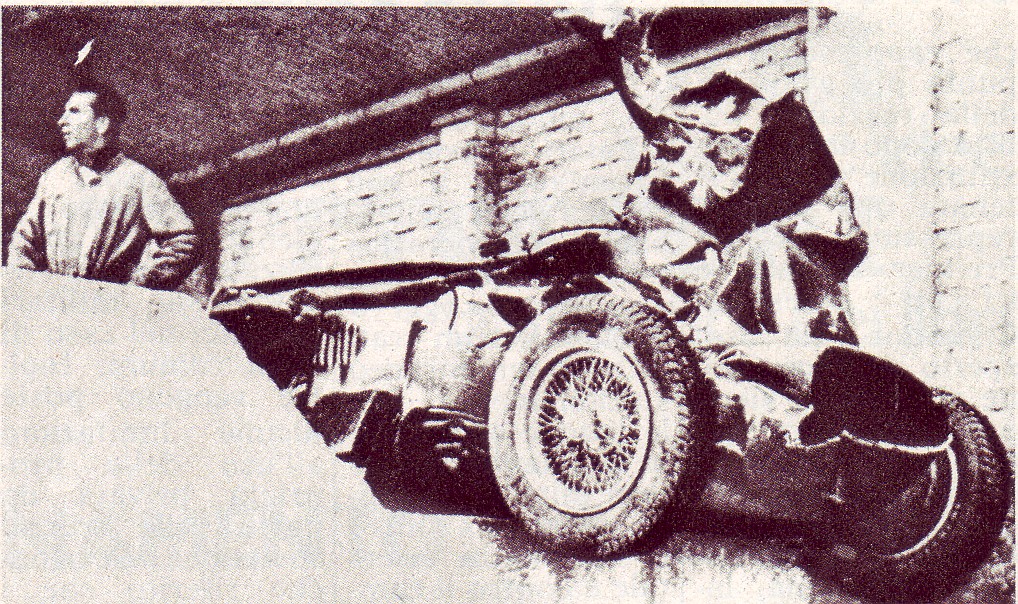 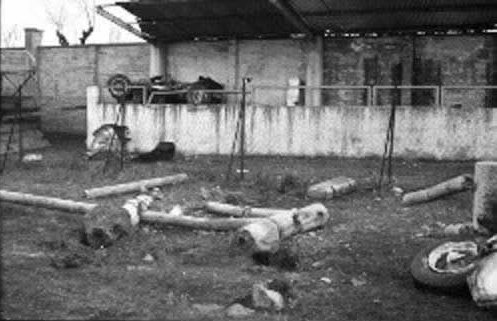