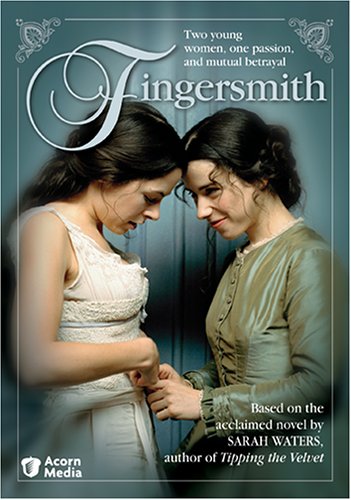 This film is astounding. It is everything you’d expect from an adaptation of a novel set in Victorian times but much, much more.

The plot has twists and turns which are totally unexpected.

It tells of a girl, Sue, who hails from the seamier side of London. Imagine a Fagin-like den of thieves and this will give you some idea of her background.

She is persuaded – by the promise of a huge amount of money – to help a master villain (known as Gentleman) to defraud a girl of Sue’s age from her money.

There is absolutely no way that I could ever spoil your enjoyment of this film (or indeed the book) by revealing much more about the plot because the element of surprise is essential.

But this is the sort of story that suddenly turns on its head. Allof a sudden, everything you think you know, is overturned.

When you have just become accustomed to this twist, along comes another that is so surprising, but so obvious that you’ll wonder why you didn’t see it coming.

I’m sorry to be so vague but I hate spoilers.

Categorised as a lesbian book

I was initially surprised to see this categorisation at Amazon. I watched the movie and it never occurred to me that this story such be categorised as such. There are no torrid scenes. The two young women become close friends and admittedly, there is a scene where Sue is explaining to Maud what she should expect on her wedding night – with, eventually, a subtly filmed demonstration.

But the reason I mention this is because I wouldn’t want anyone to be ‘put off’ this film, thinking that it was explicitly lesbian.It isn’t. It’s sweet.

I suspect that the lesbian element has been overly publicised for sensational purposes.

See the trailer below and see what I mean.