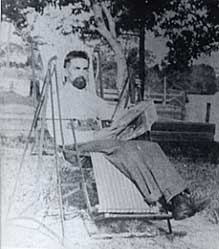 When he arrived, Fort Lauderdale didn’t actually exist. It was a settlement of just handful of people on the New River. Seminole Indians lived in the Everglades nearby but in general, the are was inhospitable with a stifling climate, dangerous wildlife and lots and lots and lot of mosquitos.

Until just before his arrival, there was no way to get to the area other than by boat – there was no railway and not even a proper road. This changed in late 1892 when a road was completed between Lantana in the north to Lemon City (the budding Miami)in the south. 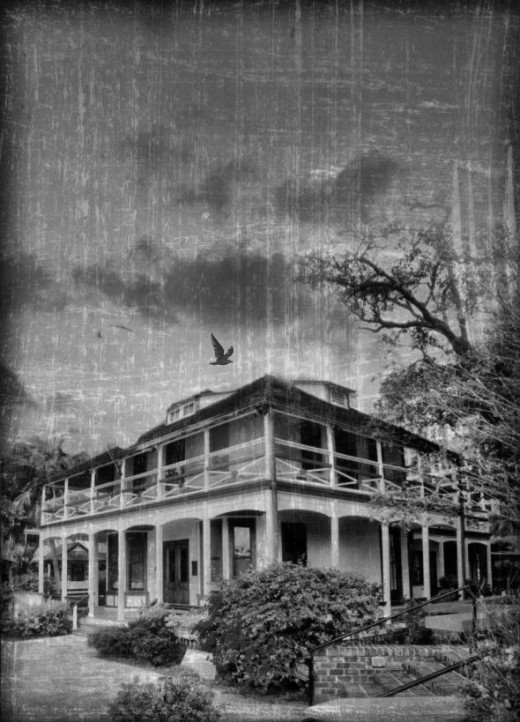 The route encountered ten streams or rivers. Nine had bridges but at New River, no bridge existed. So Guy Metcalf, the man who had built the road and operated the stage line, appointed his cousin, Frank Stranahan, to work the primitive ferry across the New River at what is now Fort Lauderdale.

Life was so primitive in the area at that time that he spent his first night sleeping in a cart beneath the trees. He awoke to find that Seminoles were sleeping alongside him.

Frank had lived in northern Florida where he had moved to get away from the steel mills of his home town – working in the mills had damaged his health. But Frank was an entrepreneur.

He quickly established a trading post in addition to the ferry. This became popular with the Seminoles who would trade their crops and furs for goods. It was the area’s first general store and post office.

Frank became known as ‘the father of Fort Lauderdale’ such were the innovations he introduced to the area. By 1900, he was not alone in his endeavours. The previous year, a teenaged girl, Ivy Cromartie, had  been appointed as the schoolteacher for the growing settlement – there were a total now of nine children in the New River area. After a gentle courtship, Frank and Ivy were married.

They enjoyed a wonderful relationship and together transformed and developed the area until 1929 when Frank, depressed and suffering from prostate cancer, tied a heavy, metal grating to his leg and hurled himself into the New River right outside their home. 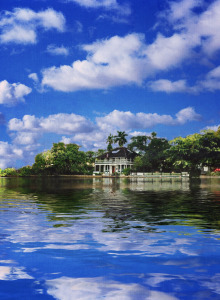 Despite the often artistically-challenging developments that have taken place in Fort Lauderdale since Frank arrived in 1893, the home he built for his bride still exists. And it is an oasis of history.

The building, which has been restored to its early configuration, is now a fascinating tourist attraction. Yet it’s surprising how many people visit the fabulous Las Olas Boulevard – on which it is located – without visiting this gem or even knowing it exists.

The history of Fort Lauderdale is right there in the house. You can experience the home just as it was when Frank and Ivy Stranahan lived there. You can imagine the Seminole Indians sleeping on the broad, breezy porches that Frank specified for that use when the house was built.

Imagine Ivy, the schoolteacher, gradually gaining the trust of the Seminole children – she knew that they would have to be educated if their traditions and way of life was goinf to be preserved in this fast-growing community.

Learn about the tragedies that took place in the house – and the wonderful achievements that were made from this very location.

This book is astonishing.

It is a novelised account of the lives of Frank and Ivy Stranahan and has been meticulously researched. It is sold in the gift shop at the Stranahan House or is available from Amazon here.

I love this book and have read it time after time. If you’re visiting the house, or would like to know more about the fascinating history of the Fort Lauderdale area, this is for you.

It is also a love story beyond compare.