Home » All society » Who was Georgia Tann? 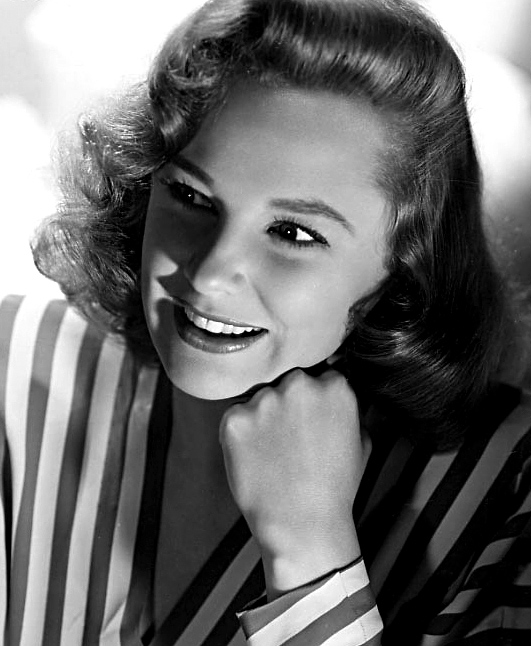 Georgia Tann was the seemingly benevolent organiser of the Tennessee Children’s Home Society, starting in the nineteen twenties. However, the society was little more than a front for her black-market dealings.

Back in those days, treatment for couples who couldn’t conceive,or for women who couldn’t carry a baby to term, was very primitive compared to today’s medical advances. Georgia Tann saw market opportunity.

Many of these couples were wealthy and all they lacked in their lives was children – Georgia was happy to provide them – for hefty fee. She even supplied babies to Hollywood stars.

A typical story was that of June Allyson,pictured on the right.

In 1945, she married fellow-actor Dick Powell, who was thirteen years her senior. He had been married before and already had a child but for whatever reason, June and Dick did not have their own natural children but adopted two. They used Georgia Tann.

She often charged her clients more than $5,000 for babies.

Joan Crawford also used Tann when she adopted her children.It was rumoured that, like so many Hollywood actresses of the day, Joan Crawford was infertile due to one or more illegal abortions.

Where did Georgia Tann get the babies?

The Baby Thief: The Untold Story of Georgia Tann, the Baby Seller Who Corrupted Adoption

Her job made it much easier for her. She also colluded with various other officials and doctors. Many of the children were illegitimate and it’s said that Tann and her cohorts would make the mothers sign the adoption agreements whilst they were still suffering the after effects of drugs used during the birth.

Tann would virtually take orders for children.Adoptive parents could specify hair and eye colour, race,religion or whatever they required – rather like a grocery list. Tann had no hesitation in giving false details about the babies. For example, if a Jewish couple requested a Jewish child, she would have no hesitation in yelling them that the baby matched their requirements, even it if it didn’t.

Sometimes the children were those who had been removed from their patents by the authorities. It wasn’t just babies – Tannn dealt  in older children too. If siblings had to be split up- and invariably they did –  Tann had no hesitation in doing so. Through her connections, she would also help herself to babies that had been born to inmates in mental institutions and other facilities.

It was also said that some of the children she sold were literally stolen.Parents who needed to work to survive would send their children to day care facilities from where they would simply disappear. For those parents who were poor and ill-educated, it was easy to persuade them that the children had been taken by welfare organisations for their own good. In some cases,she would steal newborn babies from maternity facilities and with the aid of her colleagues, tell the mother that the baby had died. There were stories told about her that involved serious child abuse and even the deaths of children in her ‘care’..

She continued her activities for twenty six years. In 1950 a state investigation led to the closure of the Tennessee Children’s Home Society. Georgia Tann died of cancer before she could be brought before the court.