Home » All books » Gods of Gold by Chris Nickson: Review 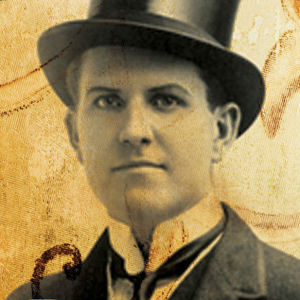 It is 1890 and in Leeds, Yorkshire, the city has ground to a halt. Yet Tom Harper, a young detective inspector who had risen up through the ranks of the police force should be looking forward to his forthcoming wedding. But there are other matters that need his immediate attention.

In addition to the problems of the city,  he has discovered that a young girl has gone missing. His superiors urgently need him to help with the current tensions in Leeds but he can’t forget the little girl.

Tom was once a bobby-on-the-beat and has an extensive knowledge of the city- not just its alleyways and yards, but its people too.

The girl’s mother is in jail and the father claims that he has sent the girl away to be cared for by his sister. What’s the sister’s address? He doesn’t know. Does the man even have a sister? He’s never mentioned her before – to anyone. Tom is suspicious.

His suspicions grow even further when the girl’s father is murdered. Something is very wrong. 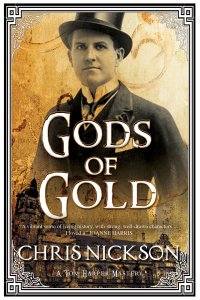 Reluctantly he has to turn his attention to the problems of the city.  But there’s a connection. Somehow, Tom knows that there is a link between the disappearance of the girl and the terrible strike that is crippling Leeds. Not only is the strike bringing  this industrial northern city to a halt but there’s murder afoot.

The city simply can’t function without power – and the main power source in those days for factories, businesses and homes was gas. And the gas works are silent and non-productive; the workers are on strike. There are riots and angry mobs …and deaths. A potential gas worker is stabbed by an angry mob and Tom has to find out who did it – now.

The peace and prosperity of the city depends on it.

And the more he discovers about the suspects the more he realises the connection between the city’s unrest and the disappearance of an eight year old girl.

Chris Nickson has created more than a fascinating detective story. You’ll walk with him through the alleyways of Leeds. You’ll experience his rich characters and agonise with Tom Harper as he tries to solve these mysterious cases.