Home » All lifestyle » Did your website survive Google’s changes? 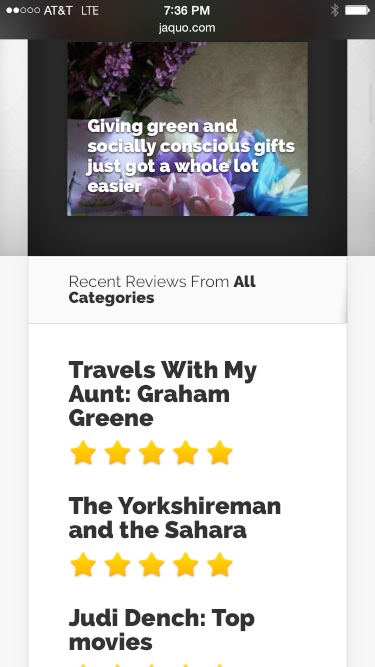 JAQUO as seen on a cellphone.

In February 2015, Google made the unusual move of telling is in advance of a major change they were about to make to their search algorithms.

The change was scheduled for 21st April, 2015 and Google expected it to have a ‘significant impact’ on search results.

The previous year, it had been announced that more than 60% of Google searches were being made from cellphones or other mobile devices.

Naturally this statistic, especially as the figure was growing hugely, was impossible to ignore. Already, Google was returning cellphone-friendly sites when users were using their phones to search but now, this is across the board.

So, when April 21st dawned, how was it going? How were sites being affected? Was your site hit?

Those likely to be affected are sites with small text, tiny links and poorly sited navigation. This, the search engine explained, affected individual pages.

It was estimated that small businesses and organisations would be the amongst worst hit as they did not have the resources to change old-style sites into sites suitable for mobile devices in a hurry.

But this didn’t mean that large organisations were exempt. Many large companies have unwieldy sites with complex functionality and this makes them difficult, if not impossible, to use on a mobile phone.

And unbelievably, first reports showed that many large organisations have been caught out, despite the fact that Google gave ample warning about the change. Companies that specialise in studying search data were reporting as early as the morning of April 21st that some major websites have lost a huge number of their search engine results and positions.

This is where ‘the little guy’ with a small website has the upper hand. If that describes you, then make the most of it. Before long, those large organisations will actually start to pay attention to their webmasters (yes,I speak with feeling) and get their sites back into the results.

Make hay while the sun shines.

Click the image below to test your site using Google’s own tool and scroll down for related links. 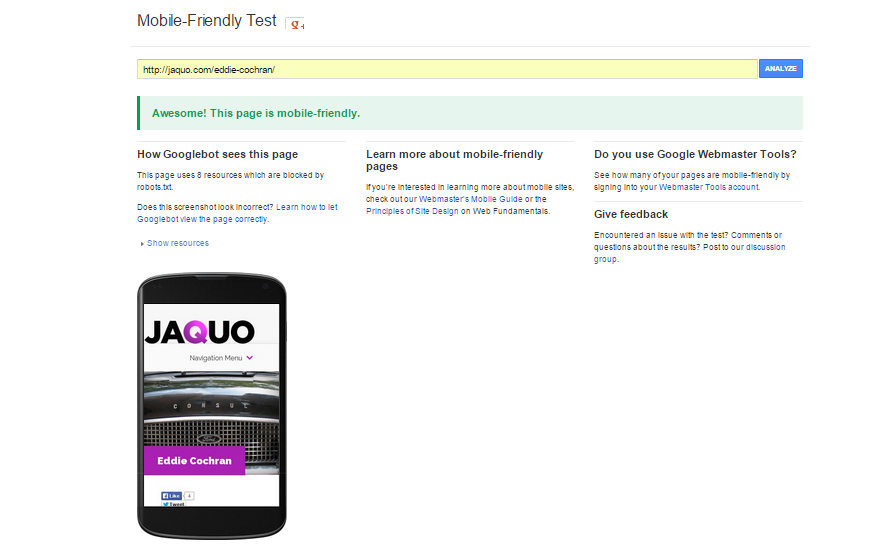 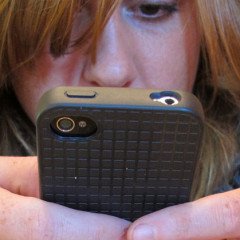 How to see your site on other devices

Use Google Chrome to see your site on multiple devices Now that Google is so concerned about how websites look and behave on mobile devices, it’s handy that Chrome also gives us a useful way to find out how our sites appear and function without having to own every type of phone or tablet. We’re a reasonably online household so we can physically check sites on various generations of iPhones, an iPad, Kindle and of course,… 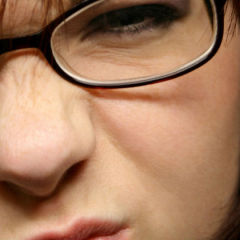 Websites on phones and tablets

How does your website look on a phone? Are you reading this using your phone? If so, you know how great it looks and works. If you’re using a computer, then the image on the right will demonstrate to you how great it looks and how easy it is to use. Smartphones seem to have been with us forever now. I’d love to give you statistics about how many people are now using them, but by the time I get to the end of this sentence,… 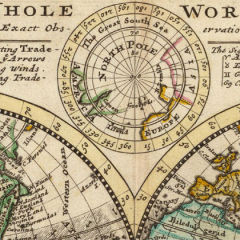 Writers: Make the most of mobile local search

Writers: Make the most of mobile local search statistics. If you write on the internet – maybe you have a business site or a blog – it’s important to pay attention to the latest news that comes from search engine announcements, studies and statistics. We heard in early 2015 that Google was intending to take a website’s phone-friendliness into account in its search algorithm and that it would have a…