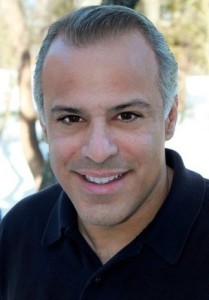 Mr. Mitzner was a huge hit on Audible with his first two novels, A Conflict of Interest and A Case of Redemption.  When Losing Faith was released on audio, many fans were disappointed in the narration.

The newest novel is an exciting legal thriller  you won’t want to  miss.  I read the actual book this time, but since audio versions are my usual (more time to read that way), it was great to hear that a new and improved audio version has been released.

Kudos to the powers that arranged for re-recording, and for getting it done so quickly!

If you missed the review of the book, you can read it here on Jaquo.

If you would like to hear more from the author himself,  click here to read his interview with us.

The narrator can have a huge impact on a listener’s enjoyment of a book.  That isn’t necessarily saying the person reading doesn’t have the voice for it.  Sometimes it just doesn’t suit the story.  Sometimes the timing is wrong.  Sometimes the voice sounds too young or too old for the characters.   We’ve included a sound clip you can listen to right here.  You will enjoy the story, in any format!