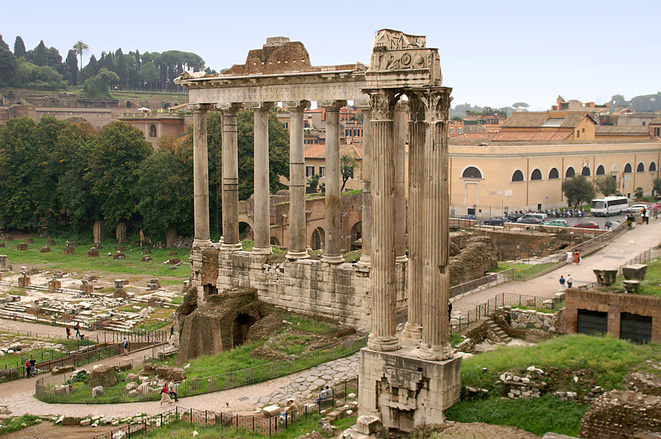 This is the third and final part of my article about what to do in Rome. The focus is on: The Forum and The Pantheon.

You have to be selective because there are so many magnificent things to see in Rome. If time is short, it’s better to focus on a few things and then throw a coin in the Trevi Fountain, which will guarantee that you return to the most romantic city in the world.

A good guidebook is essential and I have made some recommendations below.

The Forum is an extremely impressive place. It was the very centre of Rome’s public life for centuries. This is where it all happened and it is one of the most important archaeological sites in the world.

It is very close to the Colosseum in fact you get a very good view of it from there. It was built on marshland that was drained into the Cloaca Maxima, the world’s first sewage system by the last two Etruscan kings. This incredible canal is still in use today. 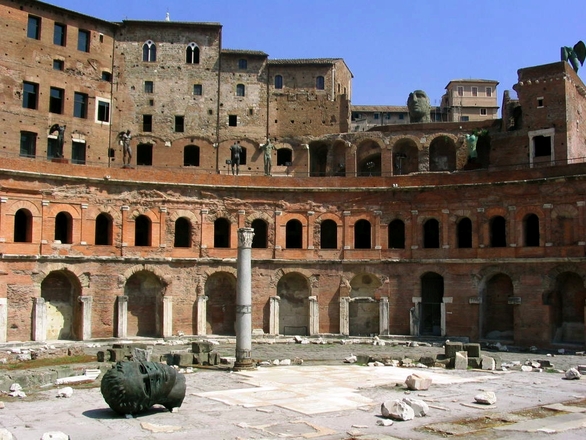 Ironically, the forum is still always busy but now it houses visitors rather than citizens. You’ll have to queue to get in but there’s always been plenty of room for everyone!

We spent about 3 hours there, but we could have stayed the whole day very easily. As with so many magnificent heritage treasures in Italy, it’s a laid back very place to visit, a kind of open-air museum. Remarkably, you can touch the mosaics and sit on the ruins – very odd indeed! Anything Roman here in the UK is safely cocooned behind glass! As you can see in the photo above that’s not quite the same in Rome! We had a picnic with us and sat near beautiful statues of the Vestel Virgins to eat!

You’ll need at least half a day, and a guidebook would be very useful because there is nothing posted around the buildings explaining what they are.

The Forum has stood for 2,000 years. This incredible place was where public meetings were held, large groups gathered to learn from and listen to public speakers.

It started as a market place and grew over many years into a sacred home of temples to Gods, such as Vesta (the Vestal Virgins), and grand monuments to powerful leaders were built here. This is where law courts were and where the senate sat. You’ll see all but ruins now, but they are splendid ruins none the less! 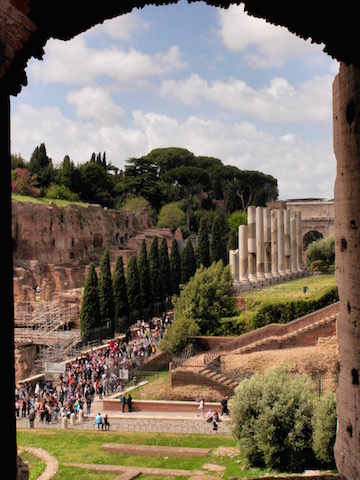 “Friends, Romans, countrymen, lend me your ears;
I come to bury Caesar, not to praise him…
Bear with me;
My heart is in the coffin there with Caesar,
And I must pause till it come back to me…”

What an amazing experience to be standing in this very place.

We had a wonderful time! 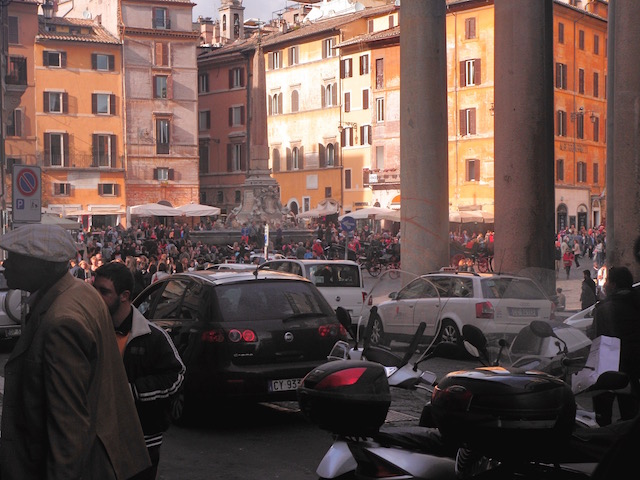 The script from a recording we made at the Pantheon:

We recorded our trip for our son to keep. Here’s a transcript of what we thought when we visited the Pantheon.

“We’re standing outside the Pantheon, which is in yet another little square. It’s absolutely packed out with tourists and there are so many musicians performing on the streets.

The Pantheon itself looks much, much bigger than I imagined it would from looking at photographs. And it’s set in a very old lovely piazza with buildings of different shapes, sizes, colours and heights. There are restaurants all around and everybody seems to be happy and enjoying themselves, there’s a really good atmosphere.

There’s a very impressive Egyptian obelisk in the middle of the square, which is covered with hieroglyphics!

The Pantheon itself is just so impressive, a wonderful place, absolutely wonderful.

Inside is even bigger and more impressive than outside. It’s huge inside, it’s size is really unbelievable and the actual dome part is astonishingly modern, its got a pattern of offset squares with a series of four engraved squares, it gives it almost an art deco look, it doesn’t look at all Roman.

The huge dome is Roman and it stands up by its design – there is nothing keeping it up. Making us feel a little uneasy! Underneath the dome has a Christian church appearance because of all the beautiful marble. Behind this is Roman brickwork and in some places that has been covered with marble, but not in all. 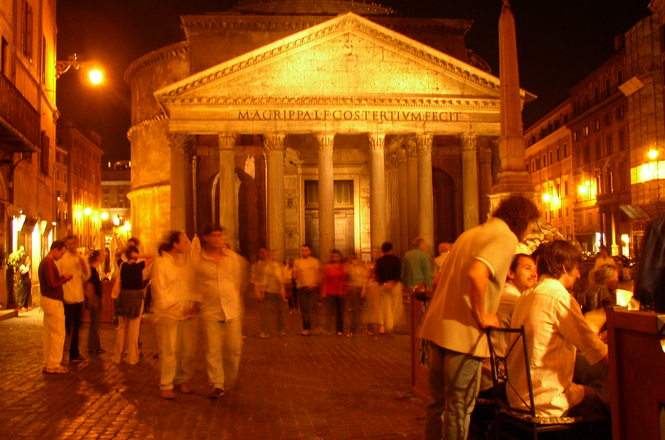 There are four niches or alters, which are marbled over, but another two have been left as Roman brickwork. It really is quite an astonishing place.

The opening to the sky is something I’ve never seen before, the way the sunlight shines in and you can see the light moving as the Earth turns, it’s an altogether wonderful experience. The rain pours in and there is film of snow falling through that hole!

This is where Rafael and the Kings and Queens of Italy are buried.

It’s packed with visitors – every now and then an announcement is made over a public address system that asks everyone to whisper, in English, German and then in French, people do quieten down but only for a few seconds – you couldn’t possibly go there to pray!

The Pantheon helps to you visualize what the forum must have been like in its day, absolutely grand, magnificent. Rome certainly was a force to be reckoned with!”

As you can hear, we were absolutely blown away by the Pantheon! 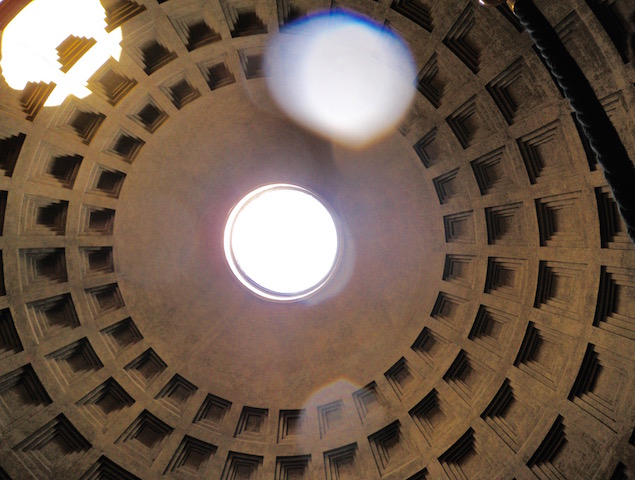 Intrepid Travel has wonderful trips in Italy that include Rome, just click on the image below for details:

Here’s the link to Part 1: The Vatican
Here’s Part 2: Trevi Fountain and Colesseum

Thank very much for reading.