Who was Harry Pitch?

His name isn’t well known but it may well be that you know his music. Harry was born in 1925 in London. He was the son of a Polish immigrant and when Harry left school at the age of fourteen he knew exactly what he was going to buy with his first pay packet.

He bought an instrument that was going to lead to his fame  – a harmonica.

Almost twenty five years later, he was in the canteen of the recording studios of EMI Abbey Road in London. He was enjoying his cup of tea when he was approached by a young man who asked Harry how he achieved a certain sound on his harmonica. Harry was happy to explain it to him.

The young man was due to play his own first harmonica on a recording and thanks to Harry’s help, it was a success. You can see him performing in the video below. 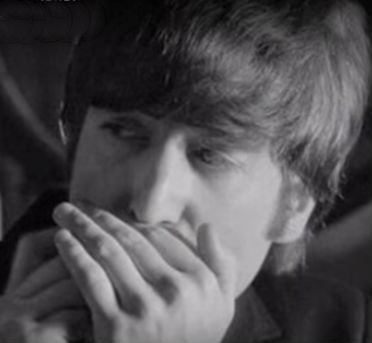 The question is of course, how did the son of a Polish immigrant garment worker end up in the EMI canteen showing John Lennon how to achieve the sound he needed?

Harry had joined up in the army and there he had learned to play the trumpet. After the army, with the benefit of being able to play two instruments, he started playing in local bands. He came to the attention of the film industry when The Bridge Over the River Kwai was made in 1957.

The film makers wanted someone to play the harmonica for the scene in which the British prisoners march into the camp whistling Colonel Bogey. Fellow musician Ron Goodwin recommended Harry and from then on, he was in demand.

The rather melancholy sound of the harmonica was popular for records in those days. There’s an example in the video below. This song was doing well in the charts when Harry was approached by John Lennon for his advice.

Harry was in constant demand moving from studio to studio adding harmonica tracks.

During his long career he also played in concerts, for films and for television. Here’s one that many people will  remember.