Have you ever lived in a community where there’s no need to look your doors? There are still communities like that on the remote Scottish Hebrides islands. One of them is the island of Canna which at time of writing has a population of twenty six.

But their neighbourly way of life is now under threat.

The island runs an honesty shop which was burgled in June 2015. It is the first crime that has taken place on the island in many years.

How the honesty shop works

The tiny shop is usually kept open twenty four hours a day. But it has no staff. Customers can buy basic groceries, snacks, treats, toiletries, drinks and goods that are handmade by the local residents. It is near to the Canna pier and so the shop remains open overnight so that visiting fishermen and boaters can stock up. They can also use the free wifi or make hot drinks. Customers leave a note of their purchases in a special ledger and deposit their money into an honesty box.

On the night of June 12th, 2015, there were seventeen yachts and one fishing boat moored at the pier but when the shop manager went to the premises on the following morning,she found that goods had been stolen. Maybe it was someone who was really in need? That’s what I hoped at first – that maybe it was some lone yachtsman who had been lost at sea, who staggered ashore, starving, and was desperate for nourishment.

But no, unless the starving yachtsman had very strange dietary habits. The stolen items were largely chocolate bars and knitted woolly hats.

What a shame though, that Canna’s trust has been violated. The community is now considering installing closed-circuit TVs to deter theft – I find that sad. A local interviewed on the radio said that the situation on the island has always been friendly and relaxed. They don’t lock the doors of their homes and behave as a large family.

Is a trust-based society too much to ask? It seems that it is. 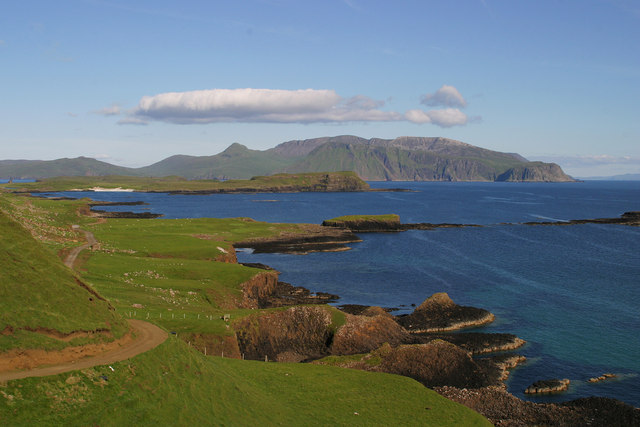