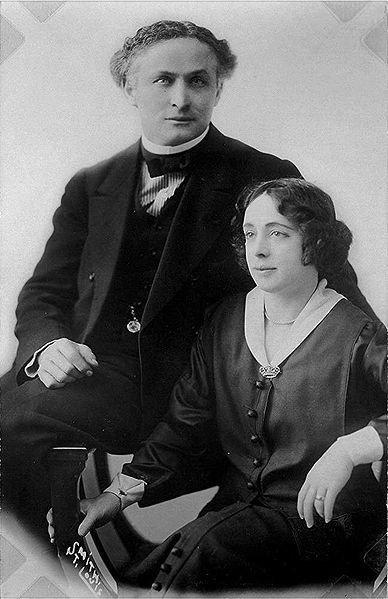 It’s true. One of the great Harry Houdini’s most impressive escape acts was born Sheffield, Yorkshire.

Houdini was born in Budapest – the family later moved to the United States – but he often performed in the British Isles.

It was when he was performing in Yorkshire that one of his greatest stunts was created – the famous straitjacket escape.

In this act, Houdini was suspended upside down and hoisted into the air, usually by a crane. He was encased in a regulation straitjacket. This often took place in city streets to drum up attention for his theatre performances.

You can see genuine footage below.

When Houdini was performing in Sheffield, he met a teenage boy who was a huge fan. His name was Randolph Osborne Douglas. It’s thought that Randolph was only eight years old when he  had first seen Houdini perform. He was not only  great fan of Houdini’s, he emulated him.

He became an amateur escapologist himself, using the stage name The Great Randini.

After their first meeting, the two corresponded.  Randolph had an inventive mind and often used to suggest illusions and escapes for Houdini to perform. Many of the letters that passed between the two are still in existence and some are available for public viewing in the museum in the town of Buxton in Derbyshire.

Houdini would also visit the Douglas family home when he was in Yorkshire which is where Randolph first came up with – and demonstrated – the straitjacket escape.

Although Randolph wanted to pursue a professional escapology career, the First World War curtailed his plans.  He joined the army but was discharged due to ill health. He had a heart condition and his health never recovered.

Although he lived to the age of sixty one, and thus outlived his hero by thirty years, he was not fit enough to become a performer himself.