Home » All entertainment » The Boy in the Song: How Do You Sleep?

How Do You Sleep? By John Lennon. 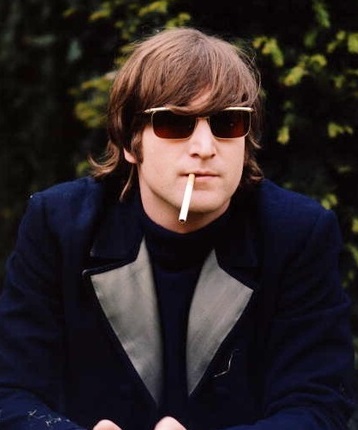 When John Lennon was recording the Imagine album in 1971, not all the musicians were aware that the song How Do You Sleep? was full of barbs directed at Lennon’s former band mate, Paul McCartney. But when Ringo Starr visited the recording studio during the session,it was obvious to him as soon as he walked in. He reportedly said “That’s enough, John.”

Klaus Voorman, an old Beatles friend from the group’s earliest days in Hamburg was one of the musicians playing on the song.Also present was Nicky Hopkins on piano – he had played on several Beatles tracks when the group were still recording together. Ex-Beatles George Harrison was contributing to the recording as well.

Absent though was Lennon’s former song writing partner and boyhood best friend, Paul McCartney – John Lennon still blamed Paul for the demise of the Beatles.  So How Do You Sleep? was his ‘comment’ on the situation. He gets into it right away. Here’s the first verse:

Although Lennon said later that the song was just as much about him as it was about Paul the third line makes it obvious that he was talking to McCartney. In the sixties, a huge number of people believed that Paul had died and that a doppelgänger had taken his place in the Beatles. (See the related links below). The second verse also alludes to McCartney in an obvious way:

‘Straights’ here refers to people who Lennon considered as conventional – the people who buttered up to McCartney and the momma reference alludes to Paul’s ‘straight’ wife, Linda. Again, it is the third line that makes it patently obvious that he was talking to McCartney as it was Paul who had written Yesterday for the Beatles. The song continues:

As far as journalists were concerned, Paul was considered the ‘pretty’ Beatles – the best looking of the four. In his solo career, Paul’s music was more ‘mainstream’ and commercial than Lennon’s, hence the derogatory term ‘muzak’. Lennon then suggests his superiority by telling Paul that he should have learned something from him, Lennon, during the Beatles years. The chorus throughout the song asks ‘how do you sleep’.

Lennon and McCartney eventually were reconciled shortly before the former’s death. Four days before Lennon was murdered he was interviewed on BBC radio and said that his relationship with Paul was ‘creative rivalry’. He said that it wasn’t a vendetta but that he felt resentment. In an interview in 2008, when asked about the song, Paul McCartney said:

“The answer to John was …. I was sleeping very well.”