Did Ian Fleming model James Bond on himself? 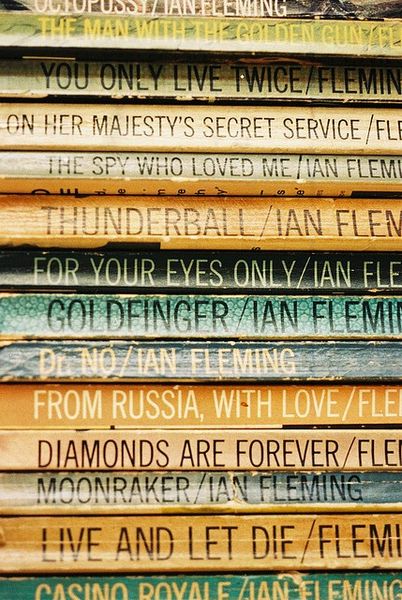 Ian Fleming’s most famous creation was, of course, James Bond. And to some extent, the author was the character. He had been involved in espionage during the Second World War but there are certainly other similarities.

The fictional James Bond enjoyed a drink (shaken not stirred, of course) and definitely his love of women was a great feature of the 007 persona.

Fleming liked a drink too – it’s said that his normal consumption was a bottle of gin a day – and he also had a fascinating love life. In fact, had it not been for his amours, the world might never have read a James Bond book …. or heard the music of Bob Marley.

When Ian Fleming was nine, his father was killed on the Western Front and the boy was brought up by his domineering mother. When he grew to manhood, much as he loved women, his mother had completely put him off any notions of marriage.

So he decided to take married women to be his mistresses. That is, until he met Ann Charteris. Ann was married to the wealthy Baron Shane O’Neill but despite having two sons, took a lover, Edmund – the heir of Lord Rothermere’s. But in 1939, when her husband went to war she was bored with just the one man in her life so began a relationship with Ian Fleming.

This affair was to last. When her husband was killed in action in 1944, she wanted to marry her lover. But, steeled by his mother and a fear of being trapped by a domineering woman, Fleming would not bite. So, in an eminently practical move, she married Edmund – now Lord Rothermere – but continued her relationship with Fleming.

Since the end of the war he had become a journalist and spent several months a year at his beloved home Goldeneye in Jamaica. Ann would go to stay with him there. She became pregnant, sadly the baby died, and yet her long-suffering husband forgave her on the condition that she gave up her lover. She would not and moved permanently to Goldeneye.

When Ann became pregnant again in 1952 , Lord Rothermere finally divorced her and Fleming was reluctantly led to the aisle. It was his new wife Ann who suggested that he write a novel. No doubt she thought it would take his mind away from his new commitment and impeding fatherhood. He later said:

“I was just on the edge of getting married and I was frenzied at the prospect of this great step in my life after being a bachelor for so long and I really wanted to take my mind off the agony so I decided to sit down and write a book.”

Casino Royale was the result. It was incredibly successful – especially when John F. Kennedy claimed it was his favourite book – but at home, Fleming’s life was less so. Ann had given birth to their son by caesarian section and in those days, that was an operation that left huge scars. Ann later revealed that these scars had cooled Fleming’s ardour towards her.

She began to spend more and more time in London, living a full society social life whereas he preferred a more rural life. Inevitably, they both started having affairs. Ann notably had a relationship with Labour Party leader Hugh Gaitskell and Fleming, as expected, had several other women.

He soon met Blanche Blackwell, a member of an old Jewish Jamaican family. He was smitten and a relationship began that ended only with his death in 1964.

Who was Blanche Blackwell?

Being from a wealthy Jamaican family, Blanche Lindo had married well. Her husband, Joseph Blackwell was English and that’s where the couple married. They had one son, Christopher. He was born in England in 1937 and educated there but lived in Jamaica when not at school. His parents divorced when he was twelve years old.

Blanche owned property near Fleming’s in Jamaica and Christopher was just a boy when he was taken to Goldeneye for the first time –  by his mother for lunch.

In 1958 he started a record company in the UK. His mother provided the capital for the business and also have him an annual allowance. His business was a success – the first three records the company produced were all number one hits. And not surprisingly because of his upbringing, his first love was Jamaican music. As the business grew he discovered more and more budding artists who became successful, many from Jamaica, and recorded them on his own label, Island Records.

One of his most notable achievements was bringing Bob Marley to international fame.

About eleven years after Fleming had died, the government of Jamaica built a deep water port creating a lagoon right where Goldeneye was located. Chris Blackwell had been slowly buying properties nearby for some time thanks to the success of Island Records. Chris bought the Fleming property which he now runs as an exclusive yet creative resort. 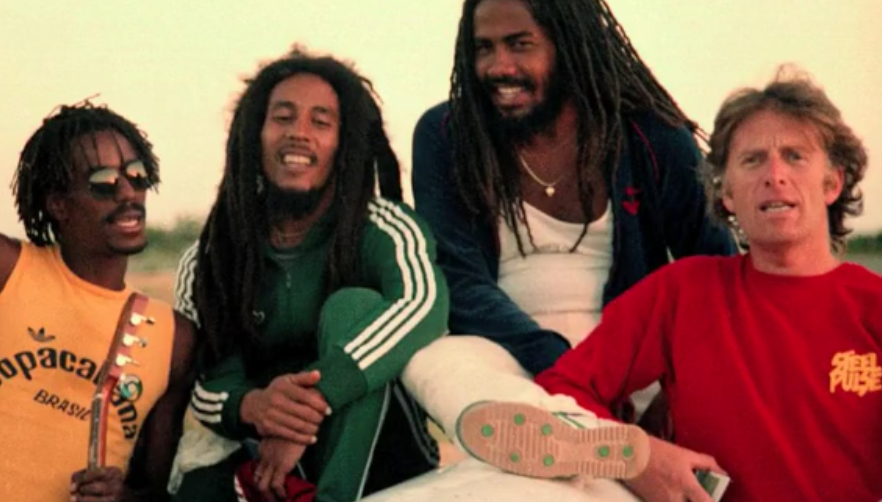