In praise of sensational women – Siouxsie

Home » All entertainment » In praise of sensational women – Siouxsie

Andy Royston continues his series of articles on the women in popular culture who made his world quake.

“There is a fun, flippant side to me, of course. But I would much rather be known as the Ice Queen. Susan Ballion/Siouxsie

I started to pay attention to Siouxie after a trip to London. There used to be an open air street market at the end of Gerard Street, on Newport Court not far from Leicester Square. There was a stall called Rock On that sold vintage and independent vinyl, along with the cream of the punk fanzines. I always made a point of picking up a few gems there, before heading back up north on the train from Kings Cross.

Part of the fun of those trips was to find the DIY vinyl (Scritti Politti’s Skank Bloc Bologna being one find) and to pour through ZigZag, 48 Thrills, Live Wire, In The City and whatever other photocopied and stapled rags that were handy. ZigZag featured a long interview with Siouxsie and the Banshees. I broke open the tin of Skol, bit into the British Rail butty and turned the pages. 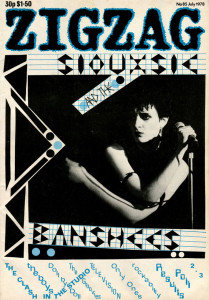 The Banshees had been the buzz all year.

Anyone who tuned into the late night John Peel show will have heard those early Peel Sessions by the band, and what seemed strange was that they hadn’t signed a record deal. For those of us who had heard them, and avidly read their interviews,  it was as if the music industry couldn’t keep up with them. They started out as Sex Pistols influenced punks, with an easy improvis0ry edge, and were quickly creating music with an authority and a challenge about it. And onstage they were delivering exciting live shows.

Punk was particularly liberating for young punk women – the snobbery of the 1970s, where it was assumed that women were not competent and capable as rock musicians, was thrown right out. The DIY aesthetic leveled the playing field. No-one could play. Everyone was welcome. This empowering aspect was inspiring across the arts, not just music. Writers, artists and entrepreneurs all could understand the approach. And those not as enabled could buy into it just as easily by sharing the fashions and styles and showing up at the gigs. 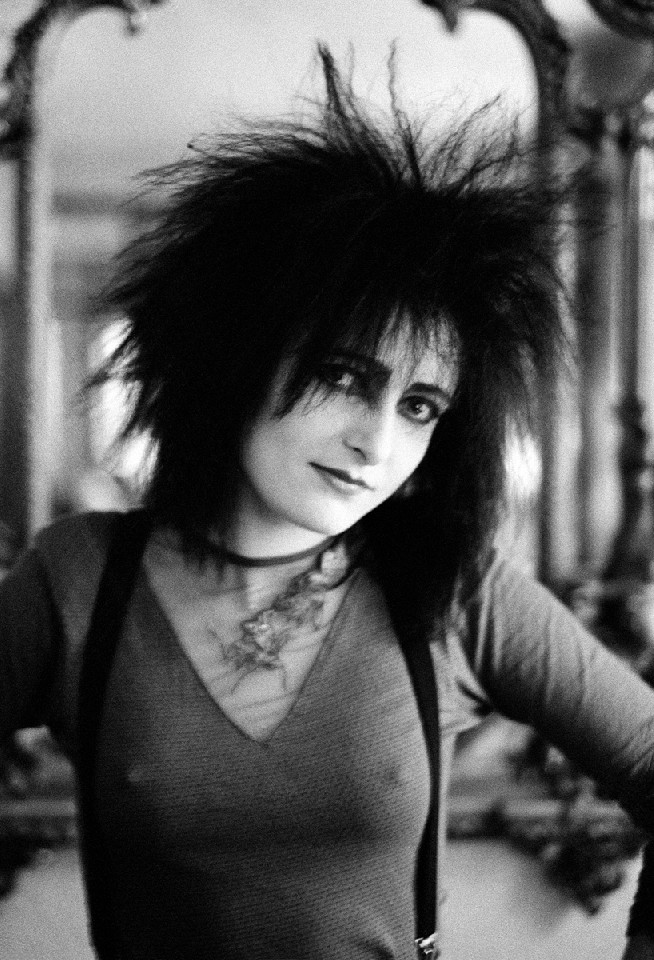 “To find fresh meaning in the 1970s it was necessary to overturn the pastel shades of post 60s femininity and make an overt statement on a newly emerging and more aggressive understanding of female sexuality. Punk provided the perfect opportunity… It reacted against, yet at the same time re-defined 60s feminism.” Lucy O’Brien : The Woman Punk Made Me

A whole range of young women set about breaking down that old-fashioned American-Influenced hippy ideal of liberated womanhood. As Lucy O’Brien wrote in her chapter of Punk Rock, So What, women “assisted the revolution by doing the washing up, rolling the roll-ups, making coffee and taking the pill.”

Siouxsie herself was something genuinely different.

Here was a strikingly attractive woman who dressed in fashions that were so risqué – much of her early stage gear could only be found in sex shops –  yet her audience were complicit in the campness of it all. Siouxsie’s audience didn’t see her as a sexual object first and foremost because there was an understanding that this was in some ways parody and theater.

The clues were in her lyrical references to movies, art and literature. Her image was a heady mix of glam rock, 1920s cabaret and Hollywood. With Siouxsie there was a stylish nod to the vamps of  the silent movies, with Louise Brooks and Theda Bara informing her glamour.

Her songwriting showed a real sense of story and she created dramatic lyric personas within the songs. Clearly she had an ear for a thoughtful and provocative pop number. She’d found her way into the mainstream and like Roxy Music, David Bowie and the Beatles before her, set about making the most of it.

“I see music in visual terms. I see textures and colors and smoothness… I want to portray emotions symbolically, play love and anger through stylistic gesture. You want to draw your audience into the emotional content of what you are doing so they create their own dialogue.” David Bowie, 1997 Guitar Player Magazine. 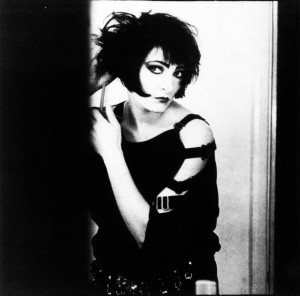 To a great extent the fans embraced Siouxsie’s love of cabaret and cinematic gothic. There was an appreciation of both the highbrow and lowbrow – so Fritz Lang’s Cabinet of Dr. Caligari and F.W. Murnau’s  Nosferatu were as welcome as the Rocky Horror Picture Show Vincent Price and Hammer Horror flicks.

There was a clear love of the late night B-movie, which made sense. Horror movies were heavily censored in those days, a dangerous escapism full of malignancy and camp sexuality and they still had the capacity to shock. The Banshees were also into art movies from the earliest days. On their earliest tour dates the support act was not a band, but an an anarchic, violent and hilarious animated film by Geoff Dunbar (see below). Ubu was based on an 1896 play by Alfred Jarry. 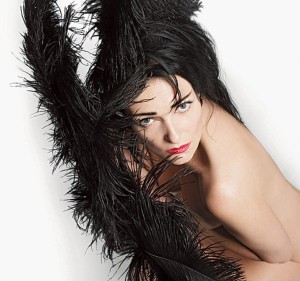 Siouxsie Sioux, photoshoot for the album Into A Swan, 2007

Another compelling thing about fans of Siouxsie and like minded musicians (The Cure, Echo and the Bunnymen, early Ultravox!) is that they were an equal mix of the sexes. Androgyny was commonplace and the tired masculinity of mainstream rock was completely absent, something that Siouxsie very much set the tone for. There was a notable lack of chauvinistic attitudes in the audience and both sexes felt increasingly free to dress as flamboyantly as their idols. There was a great sense of glamour, of parody and of ephemerality in the band’s music and this filtered down into the audience.

Siouxsie is still an impressive figure to this day. She had no interest in being a role model or a celebrity, and managed to avoid being in the glare of the media. The drama stayed in the fashions, the photographs and the music. 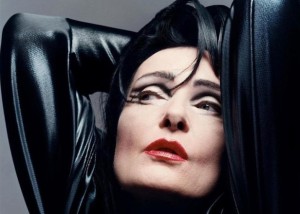 Yet she’s been extraordinarily influential. She paved the way for a generation of like minded suburban kids to dress up and have fun in an era that was pretty drab and grey. Her confidence and success, doing things on her own terms, was an inspiration. For her female audience, she showed how to be a strong, assertive, intelligent and artful without losing an ounce of femininity – a total contrast to their oh-so-serious older sisters with their cropped hair and boy clothes, reeling from the influence of American feminism.

For men, such as myself, she was a revelation. Men like Marc Bolan, David Bowie and Bryan Ferry had given us style and shape, but amongst women there were few who genuinely seemed free to fly. Patti Smith and Deborah Harry, in spite of their spiky attitudes, were not quite there somehow. They gave me the feeling that they were fronting the usual guys in the usual band with the usual company execs in the wings.

Those skinny, studious guys who backed her were anxious to keep out of the spotlight and let Sioux work her magic. Her look, her voice, her style and her striking beauty were – and still are – just sensational.

I remember thinking after a Banshees show that this was exactly the type of woman I needed in my life. Talented, stylish, artful and with a wry humoured attitude. Over the years I got my wish and then some. For this alone I can’t thank Siouxsie enough.