Indie Classics : McCarthy – I Am A Wallet

Home » All entertainment » Indie Classics : McCarthy – I Am A Wallet

Andy Royston revisits McCarthy’s ‘I Am A Wallet’, one of the great subversive indie records, as the band’s material gets a timely re-issue on bright red vinyl.

“The most perfect record, a Communist manifesto with tunes” Nicky Wire – The Manic Street Preachers

In modern rock and pop music the band that showed the most striking influence of the German dadaists and the Neue Sachlichkeit movement was McCarthy. Led by Malcolm Eden and Tim Gane (who would later find fame with Stereolab) the band used a meticulous melodic style with a hint of The Byrds, dominated by Gane’s 12-string guitar playing and Eden’s sardonic and political lyrics. Titles as ‘The Profession Of Popular Capitalism’, ‘The Wicked Palace Revolution’ and ‘The International Narcotics Traffic’ speak for themselves.

Live, if I remember correctly they played tapes of thunderous applause between songs – a great Situationist touch. 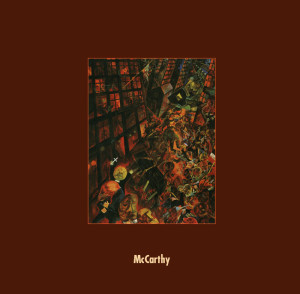 I Am A Wallet followed three perfectly formed independent singles, and featured George Grosz’s painting, The Funeral on the cover. Grosz was a perfect fit for the band, who shared Grosz’s satirical skills, and use of allegorical figures.

The band had been touring in northern Europe earlier that year and had visited the Neue Staatsgalerie in Stuttgart, where the painting had been on display. After a short discussion the band approached the gallery’s director, Dr. August Bernhard Rave, who gave the gallery’s permission on the spot.

As the designer of the sleeve my aim at the time was to present a fine art formality around the George Grosz original. Blowing it up to fill the whole cover seemed disrespectful of the artist, so keeping to the original aspect ratio was key. The budget didn’t stretch to the original idea of an embossed matte sleeve surrounding a high gloss painting, but the impact was strong all the same. As always the band made sure that the lyrics were printed on the white inner sleeve. 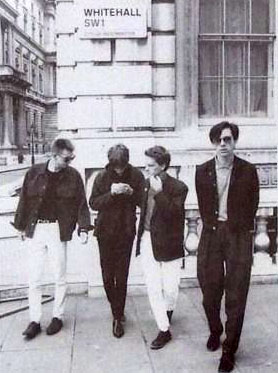 McCarthy as a musical project was a subversive attempt to ride the voguish wave of indie-pop into the mainstream – and they came close to pulling it off. Malcolm Eden: ”Almost all of the McCarthy songs are sung by a ‘character’, like a character in a play. I often don’t agree with the sentiments expressed in the song, quite the reverse. People sometimes used to accuse us of compromising. They assumed that anyone with political principles can’t possibly compromise at any time. Which I don’t agree with at all. If your general position is advanced by a compromise, then it can be a good thing. I think the character in the song refuses all compromise and ends up in all kinds of hopeless contradictions.”

The band, though, were influenced by a much wider range of music than people gave them credit for. Gane for instance was into electronic music, influenced by German kosmische musik band Faust, as well as people like Throbbing Gristle and Neu! Tim Gane: “The minimalism and the beat opened up the possibility of having this beat on top where no great technical ability was required, just an exploratory spirit. At that point, I wasn’t aware of anyone else doing that.”

“McCarthy – the great lost band of the ’80s they redesigned my idea of politics and pop, it could be intelligent, it could be beautiful. They were frail, tragic, romantic idealists. The songs soothed your body but exercised your brain. They were my education, my information and they are partly to blame for the realization of the Manic Street Preachers. I still fall in love with this album every six months, it makes me feel guilty because it’s so good. Nicky Wire

It includes also an introduction by Nicky Wire of the Manic Street Preachers and track by track commentary by Malcolm Eden. 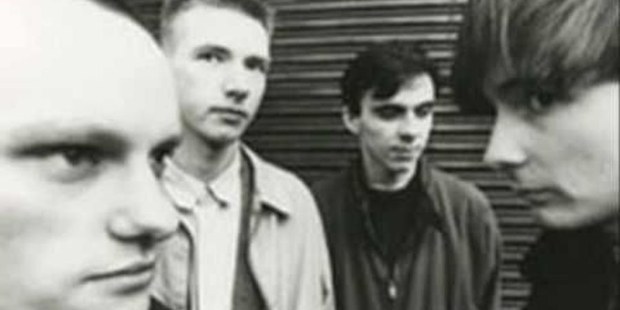