Home » All society » International Women’s Day: The Origins and Future 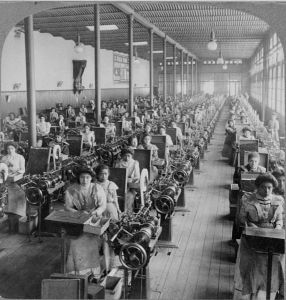 International Women’s Day has been an annual celebration since 1911 and each year reminds us to dedicate time to celebrate those women who have played a part to improve the world we all live in. From looking at achievement we can reflect on how far we have come and how far we have yet to climb.

It began as a Socialist political event, first organized by the Socialist Party of America in remembrance of the 1908 strike of the International Ladies’ Garment Workers’ Union. This was preceded by an International Women’s Conference in Denmark where an ‘International Woman’s Day’ was suggested. Then, women from 17 countries came together to support the idea as a way of promoting equal rights, including suffrage, for women. As a result, on March 19th 1911, IWD was marked for the first time by over a million people. Today the events political and human rights theme still runs strong.

The official UN themes, selected each year, aim to highlight the political and social struggles of women worldwide and provoke thought and discussion. The theme of International Women’s Day this year is ‘Empowering Women, Empowering Humanity: Picture it!’ It’s a chance to celebrate women for themselves, their communities, countries and all of us then address, as the UN website put it, ‘the gaps that still remain in making gender equality a reality’.

The past year has seen a mix of wonderful, aggravating and truly harrowing developments in regards to women’s rights. The wonderful include; the HeForShe campaign, Patricia Arquette’s speech at the Oscars (as well as Meryl Streep’s reaction) and the first woman emerging as a forerunner for president. Yet these events are still overshadowed by the continuation of unequal pay and limited rights in regards to voting and education and even Boko Haram and Isis sex slaves.

IWD provides the opportunity to reflect then regain focus in order to help ourselves and those who still have neither democracy nor the power of the Internet to spread their views. Of course improving women’s rights and opportunities not only improves their own lives, as if that wasn’t enough, but their countries too. An example of the power and potential of women is that if India alone enrolled 1% more of its girls to secondary school, their GDP would rise by 5.5 Billion! This day should symbolize not just a singular event of recognition, but a turning point for change and action that extends throughout the rest of the year and beyond.

It is clear the grass is still far greener on the other side when it comes to women’s equality. Hop across to the male side of the fence to experience the joys of life free of the infuriating and disturbing issues addressed, while the women’s side is still home to such troubles. The idea of true equality desperately needs to make the difficult leap from dream to reality. The only way of doing this is by actively voicing concerns and continuing to water our own grass and, while I’ll stop with the bad grass metaphor, I won’t leave this topic alone. As long as the horizon is not limited by today’s realities, IWD’s of the near future should have the luxury of celebrating the reality of equality due to the input of effort and achievement by today’s women and men.

For more information on events happening in your area check out the website here.