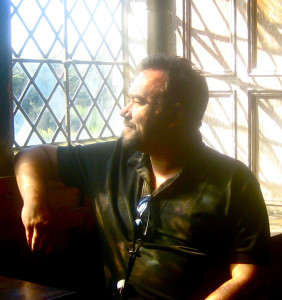 When we first interviewed photographer, Andy Royston, about his iphoneography, he mentioned the Fort Lauderdale Sun Project.  Since I was curious to know more about it, we thought you might be too.  As luck would have it the day he chatted with us was the day he reached an amazing milestone, that of 20,000 Twitter followers.

As you can see from the photographs included here, Mr. Royston has mastered the art of photography using a cell phone.  Each photo is uploaded to Twitter, Facebook, and Instagram within minutes of the shot, right from the beach.  It’s very important to him that they are shared in real time, without editing, so the photos usually post first thing in the morning.

You can read part one of our series here, with the article The iPhone Art of Andy Royston.

Now for the interview… 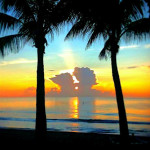 Andy, thank you for this second interview, and congratulations on the reaching such a huge number of  Twitter followers.  That’s quite an achievement.  Also impressive is that you have been walking this beach every day for nearly six years now, camera in hand.

Just what is the Fort Lauderdale Sun Project?

The Fort Lauderdale Sun project is a daily series of photographs taken, edited and shared directly from Fort Lauderdale Beach each morning using social media channels. It began in July of 2009 and has been operating consistently since that date on Twitter.com, and then later on the project extended to Tumblr, then to Instagram and Facebook. 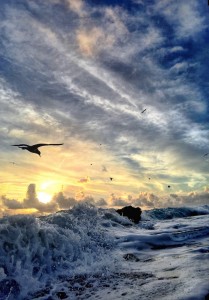 What made you decide to start the project?

It was a combination of things. I’d been using my cellphone to share video and photos for race driver clients of mine and was getting quite good at it. Connectivity back in 2009 wasn’t always consistent – images took a little while to upload – but it was now strong enough to share directly from the cellphone.

Another reason was health. I’d had a high cholesterol reading on my last medical, and the doc gave me a choice. Take this bullet-sized pills or take some serious exercise. I chose the latter, and living close by the beach it made sense to walk the sands before work. I must say that not only has my health improved no end, there’s nothing like a good walk in the morning to blow away the cobwebs.

What was your inspiration?

The dawns here in Fort Lauderdale are frequently beautiful, and I figured that other people might like to see some of the photographs I’d been taking. Back in those days there were just a few apps to enhance the images, but quite often the images were perfectly strong on their own. I found that I was getting feedback from all over the world quite quickly, and the images were being shared on by followers. This  unexpected feedback was a real inspiration to continue. To have such encouragement was an unexpected surprise – of course this is what makes social media such a thrill to use. 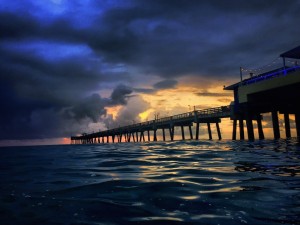 Was there a commitment for a time period? Is it ongoing?
As long as I’m in Fort Lauderdale I take my morning constitutional. It’s just part of my routine. In the early hours the temperature is much cooler than it is during the day, and even during our humid Floridian summers the golden hour is a pleasure to walk in. I’ll keep up with the walking as long as I’m close to the beach.

There are plenty of other early birds here in Fort Lauderdale but almost all tend to walk or jog along the sidewalk of A1A which runs alongside the Atlantic Ocean. Fort Lauderdale is such a great place for a morning run – with several miles of running right here along the shorefront.  Walking or jogging along the sands is a different kind of workout – especially when the sands are soft. I find that the shoreline itself remains quiet for much of the year in those early moments. Of course as the sun gets higher in the sky the beach soon fills up with sun-seekers.

I make a point of going out whatever the weather – I love the wilder side of the Atlantic and getting caught in one of our famous five-minute storms is an absolute pleasure. 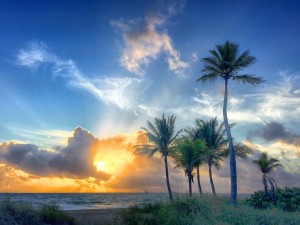 You’ve shared 25,000 photos on Twitter!  How many photos do you usually share each day?
That’s quite a lot of images, isn’t it! I generally share up to ten images each morning on Twitter, with a further half dozen different ones to Instagram. Both these accounts are growing faster than ever. I also have a few Facebook pages too, though the reach of these pages is limited to who Facebook decides to show them to.

How long has it been going on?
The walks have been going on since the summer of 2009, so it’s coming up to six years now. Sometimes I’ve missed sharing because I’ve damaged my phone, or have been called away on a work project, but it’s rare that I miss a dawn these days. My current consecutive run is 500 days!

Would you photograph at a specific time each day?
Always at sunrise, as this is when the light is at its most photogenic. I developed the habit of making any adjustments directly on the shore, so that I could be true to the light and the atmosphere.

I like to think of my work as being fresh photography – that there’s a truth at the heart of my images. Each image is a product of the morning it was created – I strongly believe in the artistic power of editing and sharing as soon as possible.

There’s an artistic power in the moment – the freshness of the work is very much at the centre of the creative process. This spontaneous and instinctive process give each piece an integrity that lingers. 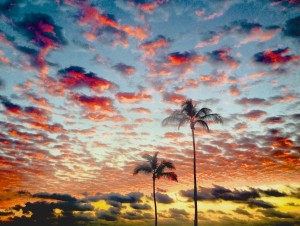 Twitter wasn’t always the best place to share images, but it has slowly improved to the point where it is an excellent sharing space. And it is growing too, today I reached the magnificent figure of 20,000 followers, which is really something!  Instagram is a newer sharing experience but day by day it is growing at the same rate as twitter.

What do you do with all your photos? How do you store them?

I have them all backed up on disc, but I’ve also made good use of Flickr.com, one of the oldest photography websites. I’ve always made a point of storing my favourites there; there are over 11,000 there now and growing. 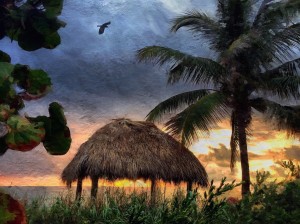 What is/was  your goal with the project?
The goal has always been to share the natural beauty of our shoreline dawn. Ft Lauderdale’s shore faces east and has a clear, uninterrupted shore so I’ve made it my goal to share the qualities of our wonderful city beach. I aim to show the timelessness of it all, which is why I avoid taking pictures of buildings or the activity back along the shore wall. For me it is all about the natural beauty, the eternity of the morning sky.

Any new projects like that coming up?
I don’t anticipate any changes to my photography – I’ll continue taking my morning walks because I love the sea air, the ocean breeze and the extraordinary dawns that we get here. I love it so much, I can’t see me starting anything new any time soon subject wise. I do aim to expand on my more artful photographs and extend my artistic range. Today’s tablets and cellphones have an incredible range of post production options, so I want to see how much deeper I can go into fine photography techniques.
__________________

You can find Andy and his photographs below. 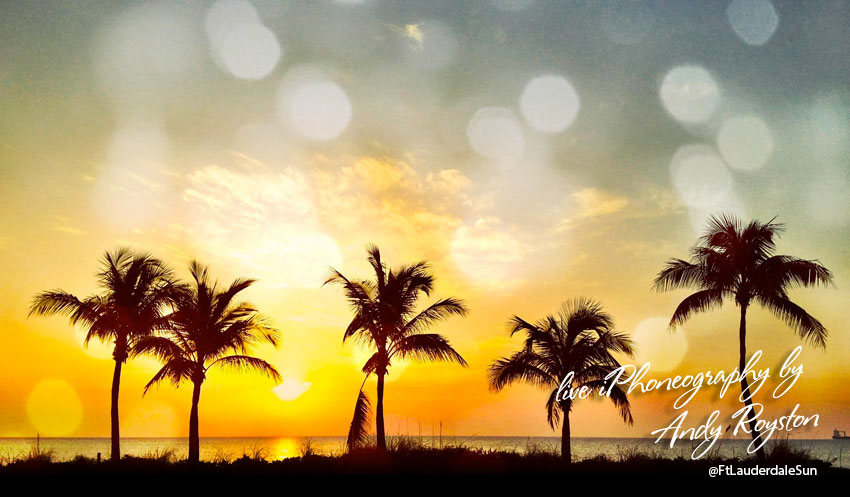