The Intimate Letters of England’s Queens 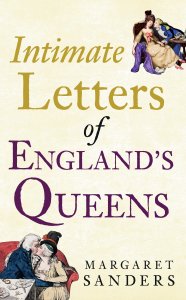 For lovers of history, or simply those who want to know more about fascinating lives – discovering Intimate Letters of England’s Queens

After all, there’s no better way about finding out about who these people really were than reading letters written at testing times in their lives.

For example, we know the facts about Anne Boleyn. We can look up the details in Wikipedia or a whole host of reference books. But it’s fascinating to read what she wrote to her father when she was a teenager in the French court.

Even more intriguing is the letter she wrote to her husband, Henry VIII when she was imprisoned in the Tower of London awaiting her execution.

Moving on to more recent times, what did Queen Victoria write to her beloved Albert before they were married? Moreover, what about her letters expressing her grief when he died?

There are also letters from Victoria to Florence Nightingale, Mrs Abraham Lincoln and assorted relatives and dignitaries.

It’s almost surreal to realise that you’re not reading amere history book or a novel, you are reading the actual words penned by these women. Imagine Anne Boleyn picking up her pen sitting imprisoned in the Tower, knowing that her end was just hours away.

Imagine Lady Jane Grey. She was only sixteen or seventeen (her birth date was never certain) when she was forced to accept the throne of England in 1553. After a reign of only nine days, she had to ‘resign’ in favour of Mary I. Jane was sent to the Tower and quickly beheaded.

The phrase ‘history brought to life’ could have been coined for this fascinating book.