The Mystery of Dr James Barry 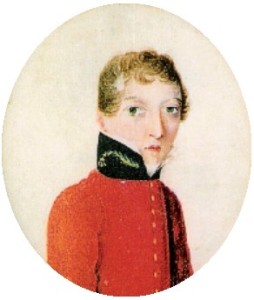 James Barry, born in the eighteenth century, had a long and successful career as a medical surgeon in the British army. He fought and practised medicine all over the British Empire with distinction.

He achieved the rank of medical superintendent general and eventually retired to London after and exciting career that even included duels of honour. A confirmed bachelor, he died in 1965.

Of course, this isn’t a very unusual story for those days with one exception:

After his death, it was discovered that Dr James Barry was a woman.

Born in Ireland, the doctor-to-be was named Margaret Ann Bulkley. Her maternal uncle was the Irish painter, James Barry. It seems that there was an agreement between James and Margaret’s mother that the

girl should study medicine. But in those days, this was impossible. Mrs Buckley and Margaret, moved to London where James Barry had high-powered contacts.

In November 1808, Mrs Buckley and Margaret left London and sailed for Scotland. Before they boarded ship, Margaret adopted her disguise, that of a boy. This allowed ‘him’, now as James Barry, to enrol in university in Edinburgh and eventually qualify as a doctor.

This transformation was carefully planned. James Barry the artist had now died and the new James purported to being his nephew, inventing a whole new family background. But how did the newly-qualified doctor mange to join the army, which necessitated a full physical examination?

One suggestion is that James simply had a substitute male take her place. Another is that because of the well-connected people who had been friends of her late uncle’s, a document confirming the new doctor’s health was enough. We will probably never know. What we do know is that the doctor had a very successful and lauded career.

When the doctor died, in 1865, the body was laid out by a woman called Sophia Bishop. She claimed that the doctor was a woman. She also suggested that this woman had given birth to a child at a very young age. By the time she made these allegations, the doctor had already been buried.

The arguments raged for years and the British army would not reveal their records. However in 2008 when these papers became unsealed, investigations could properly take place and these, combined with personal Barry family papers and letters, confirmed that Dr James Barry really was Margaret Buckley.