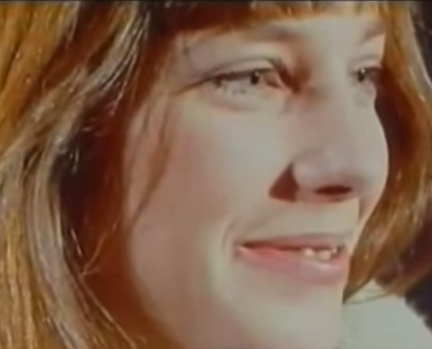 You’d have thought that by the nineteen sixties people were pretty much unshockable. Mind you, I suspect that the song Je t’aime shocked very few real people, if anyone, but the stuffy BBC decided to ban it from their airwaves.

I thought it was rather lovely. The title was repeated, whisperingly, to the sound of luscious organ music, by Jane Birkin, but where she and co-singer Serge Gainsbourg fell foul of the censors was the simulated orgasm sounds. The ‘establishment’ was affronted.

I suspect that one of the reason for this was Birkin and Gainsbourg themselves. She was an ‘English rose’ and he was a rather degenerate-looking, Gauloise-smoking Frenchman almost twenty years her senior. (Teenage girls loved it).

It helped that the couple were lovers in real life but Gainsbourg hadn’t written the song for Jane, but for a previous lover, Brigitte Bargot. They had worked together in France on her TV show. She had asked him to write the most beautiful love song ever for her and Je t’aime was the result. They intended to record the song together.

However her husband, Gunther Sachs had heard enough rumours about his wife and the sexy Frenchman and put his foot down.

Jane had recently arrived in France to take part in a movie, Slogan.  It was on the set that she met Gainsbourg. Jane was married but she and her husband – a film composer – were separated. Not only did the couple fall in love, she agreed to sing Je t’aime with him.

It was an immediate success. But it was Queen Juliana of the Netherlands who first objected to the song. She was a major shareholder in the record company (strangely), so she demanded its withdrawal. So the BBC banned it too and instead played a purely instrumental version. But the original was soon re-released on an independent Irish record label and became a huge hit throughout Europe.

Jane and Serge continued their relationship for thirteen years. They never married. Two years later, Jane had another daughter by another lover but the relationship didn’t last.

It was said that she never got over Serge, who died in 1991.