Home » All entertainment » Jimmy Buffett – The Road to Key West 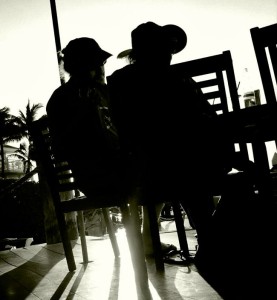 It’s five o’clock somewhere. One of a Key West series by Andy Royston

After a year in Nashville, it was becoming clear things were not working out.

Jimmy Buffett had moved to Nashville in late ’69 with a new wife and a promise of a music deal, but after a year it was falling apart. Out of work, his marriage already failing, his touring band breaking up within weeks… Things weren’t good.

People were talking him up well enough. A local writer said “Jimmy’s music isn’t hung up in any one motif – he’s folk, country, blues, and rock, and he likes to share his small glories from the stage.”

Long-haired troubadours were the real deal, now that Crosby, Stills, Nash and Young had broken through. Buffett’s debut album, though, was hard to find and, as he put it “hadn’t sold shit”. A trip to New York saw him turned down by every record company he visited. 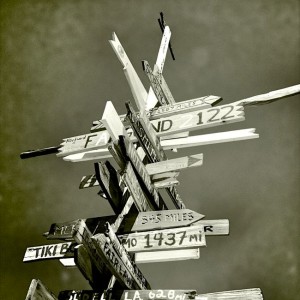 Back in Nashville a perfectly good album – High Cumberland Jubilee –  wasn’t getting released. Top that off with losing his beloved grandfather Capt. James Buffett Sr. and it was looking like a big change was necessary. Jimmy would later say he’d been turned down by  twenty six labels during his time there.

If I’d have gotten big in Nashville I’d be a total ass. Cause I wouldn’t have known better. I’d have a big ranch and play Las Vegas. I was thrown in with a manager who handles Andy Williams and John Davidson. I hated Nashville and there’s a lot of nepotism. I was sick of it…
Jimmy Buffett – 1974

Jimmy’s buddy Jerry Jeff Walker released a song called L.A. Freeway around then. It became a Jerry Jeff standard, a definitive pack your bags, leave your key in the lock, evacuation anthem. Jerry had moved on to Coconut Grove, a suburb of Miami, and had sent word to Jimmy, who was now living on friendly couches.

“You ought to come down an visit, it’s really nice down here…” 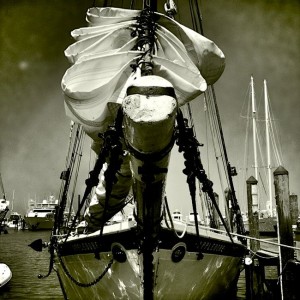 Coconut Grove in the sixties and seventies was a perfect little hideaway. A sleepy enclave with a tolerant and bohemian population. Like Aspen, Big Sur, Venice, Old Town in Chicago, Gaslight Square in St. Louis, Greenwich Village and San Francisco’s North Beach it was becoming a little enclave of singers, poets, coffeehouses and alternative empresarios. Just a Greyhound bus away.

Coconut Grove was a stoner oasis. It even had it’s own version of Mardi Gras, with Calle Ocho’s Little Havana Carnival to light up the neighborhood to the north. There was an old established folk bar known as ‘The Flip’ and this was the place that finally persuaded Jimmy to scrape the money together to head south. Only the gig was cancelled and Jimmy was “too broke to go back to Nashville”.

One cold day in Miami Jimmy tossed his guitar into the back seat of Walker’s maroon ’47 Packard and fled down the Keys, where Highway One extends along a string of islands down into the heart of the Gulf of Mexico. 154 miles and the road stops at mile zero. Key West.

I was tossed in jail about once a week – I was usually just standing around when a fight broke out or something else funny happened.
Jimmy Buffett – 1976 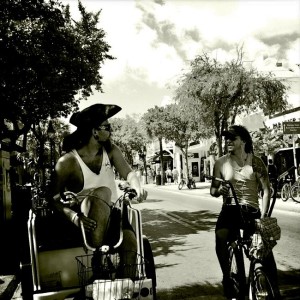 Jerry Jeff Walker ran into an old running buddy Phil Clark – now a bartender and a real pirate figure with a fake Bahamian accent. He’d be the inspiration for Buffett’s “A Pirate Looks at Forty” years later. Clark was one of the original mad men advertising guys who came down and tucked into the good life. He was into into pot smuggling getting drunk and chasing teenage girls.

It was open, new territory, a magical place.

This was the final days of the world described by Ernest Hemingway in ‘To Have and Have Not’. The Harry Morgans of this world were now shrimpers who smuggled American cigarettes to South America and brought marijuana back. Just honest fishermen seeking a little more money for the families. No big deal. 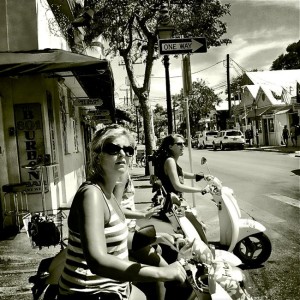 In those days the bars were full of love kids and Key West became a place to drop out and chill. David Allen Coe and Arl0 Guthrie were amongst many who breezed through the Key West bar scene and got high. According to Captain Tony Tarracino, owner of Captain Tony’s saloon, Jimmy was strictly a tequila man and kept away from the hard stuff.

Jimmy Buffett was no stranger to this kind of environment.

He’d grown up on the shores of Mobile Bay, Alabama, where his father worked at the Alabama Dry Docks and Shipyard. He grew up with more than his fair share of salty tales too, from his paternal grandfather Capt. James Buffett, an ex navy commander, and his uncle Billy – a merchant mariner. Billy provided a larger-than-life example of how you don’t need to settle down to have a good time in life. 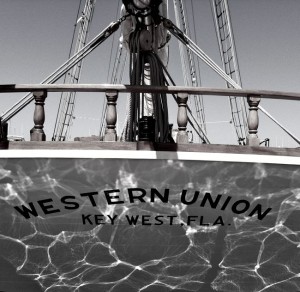 Fishing and sailing were natural things for a Mobile kid to do, so with Key West providing plenty of work on charter fishing boats it proved a great place to write songs, get boat work and work out what to do next.

The characters on the scene – mellow hard drinking beach bums all – provided great companionship. These guys were renegade pirates and romantic hippie slackers who would be way out of place back on the American mainland. Their hangouts included the bars that are now at the center of today’s Disneyfied Conch Republic – Howies, The Chart Room, The Old Anchor Inn, The Full Moon Saloon, Sloppy Joes, Captn Tony’s. 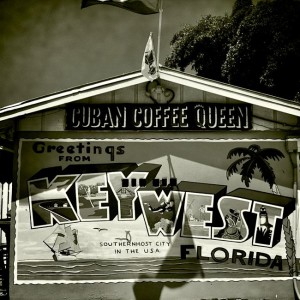 One of Jimmy’s buddies in Key West, Thomas McGuane, was a struggling writer working on a neo-Hemingway novel about washed up fishing guides, Ninety-Two In The Shade. In the book songs played a large part in the protagonist’s journey and highway A1A provides the continuity, anticipating Buffett’s own 1974 A1A record.

Jimmy Buffett soaked up the Duval Street music scene. In his ‘Parrot Head Handbook’ he’d extoll the bars there for harboring straights, gays, artists , politicians and criminals side by side. He moved into an apartment next door to Louie’s Backyard Bar on Waddell Avenue. The rent was less than a hundred dollars a month and you could leave your door unlocked. Buffett found inspiration everywhere and successfully catalogued the crazy characters and wild barroom stories. 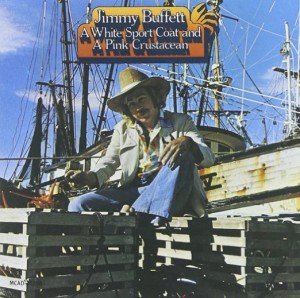 Actually very little of my success happened down here. Mostly it came from working on the road. A lot of people have the misconception that when I came here I stayed in a house in a rented room, and stayed drunk for ten years and became a star. That’s absolutely not true.

I was quite vigorously on the road doing concerts. The only way for me to survive was to do concerts.
JIMMY BUFFETT – 1981

Success? Well that came next. 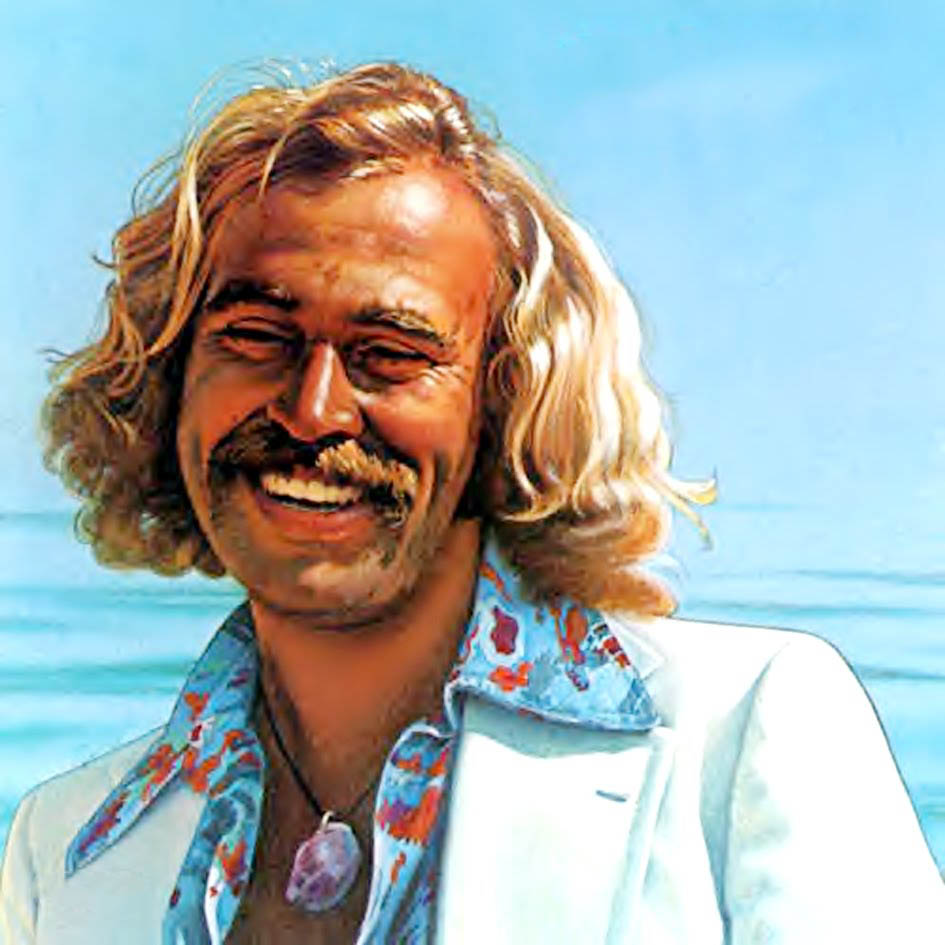 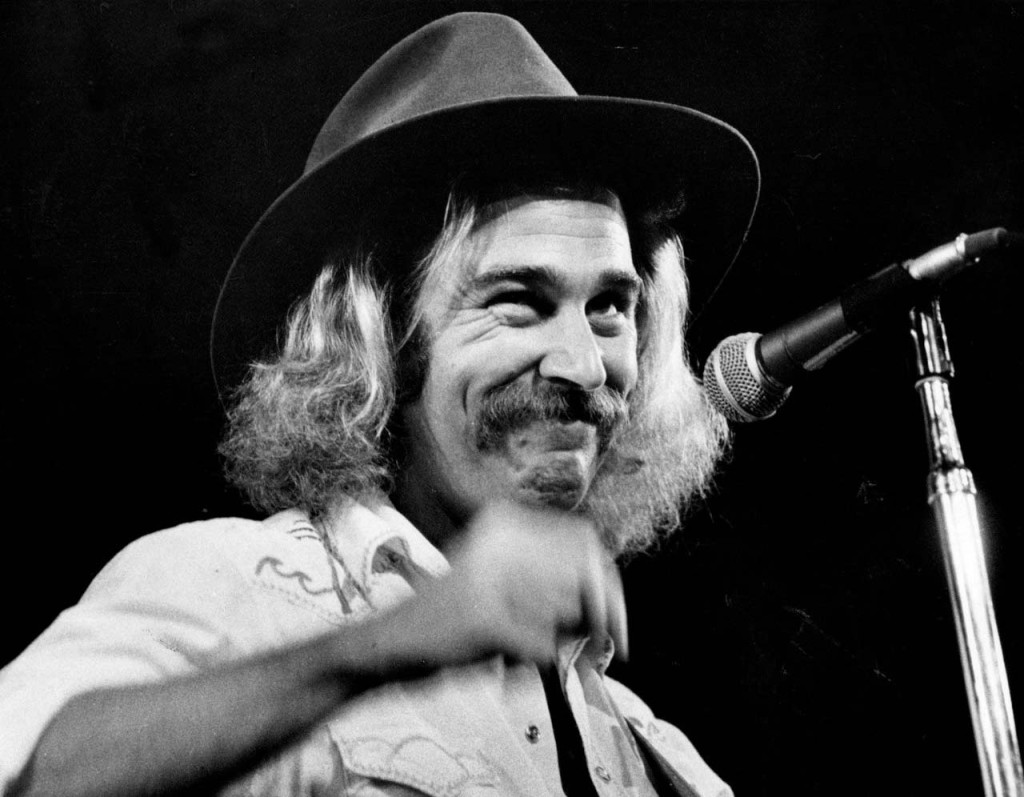